We all start out in our educational careers (meaning when we were in kindergarten) knowing intrinsically the value of sharing. Somewhere between there and graduate school, we lose track of this simple concept, be it worrying about intellectual property rights or fearing theft.

The open ecology of the internet can undermine this learned and limiting stinginess. In this session we want to celebrate the True Stories of things that happen to educators when they share something openly on the web. We asked colleagues to share with us a video of their own stories of something surprising, valuable, powerful, or just plain inspiring that happened when that piece of media, that document, that video, that blog post, became valuable to someone they did not know before.

This is a version 2.0 of True Stories of Openness originally presented by Alan Levine at the 2009 Open Education Conference, where you will find plenty of examples that may kindle your own memory neurons. Due to a wrong turn in Albuquerque, this new version has niot yet been presented, but its ready to go!

See the call for stories at
cogdog.wikispaces.com/True+Stories+2010

Theme and graphics based on the Comic Book Plus copyright free archive of True Comics (1941-1950).

The CoolIris presentation once ran the show (it no longer works, it's Flash DOA)

CoolIris was a nifty presentation method that allowed me to create a "wall" of media that could be navigated in linear and non linear fashion, and it was all generated by a MediaRSS feed. An item could be be an image but also a video. I wish there was an HTML5 version today!

Learn more how it used to work and how it was created. 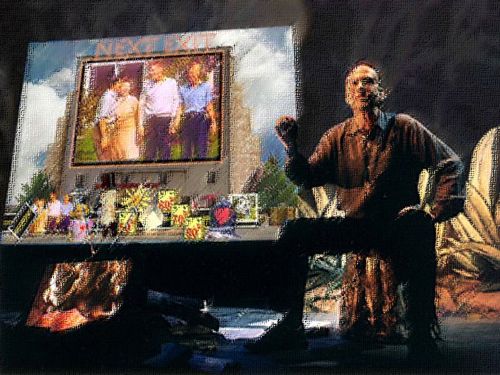 A Resource Shared to Sweden and Back Rod Lucier

A Presentation Made from Openness (Martin Weller) 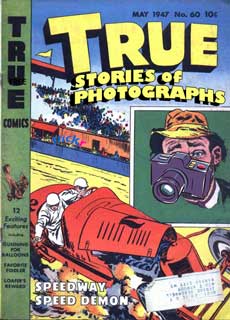 See the collection of True Stories shared at the 2009 Open Education Conference.
http://cogdogblog.com/stuff/opened09