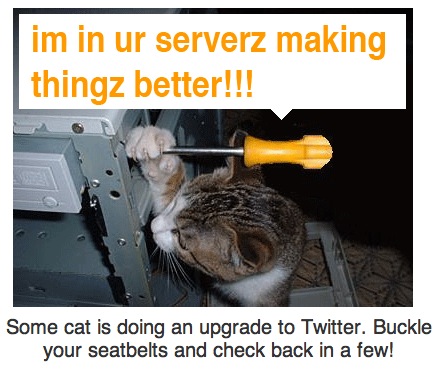 I bet this kittie’s name is “Bill”. Back at Maricopa, we had a computer tech in the 1990s named Bill whose method of fixing a computer was to pop open the case and whack the hard drive with a screwdriver (ok, he did it once, I thought it was strange, but I think he fixed it).

Cats in the server Grrrrrrrrrowwwwwwl.