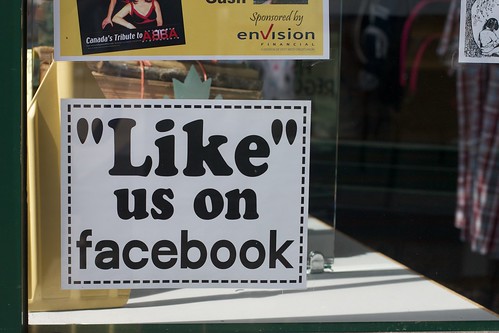 This post was rolling around the doghouse before I left home, before Google’s play, so you can include “+1 is cheap” as well. I have little problem kicking Facebook around, I am not one to nuke my account, but my use is casual. Frankly, each experience is like opening the fridge door and smelling something funky, and I am just not sure which compartment or container is the source, but the whole thing reeks of rotten something.

Maybe it is my lack of good networking in there, but my stream is really low on the informative side and I rarely see things that are reflective. It’s all the minutiae of daily life, and while to some degree it should be interesting, I worry, worry ALOT that the energy that goes into this flow is one not going into creativity elsewhere.

But one must give them credit- Facenook has created a system which draws you back in to add little bits to the flow. You get nags and nudges for everything, is it really key that someone liked my comment on someone else’s wall post? But they have found the right hooks to get people to join in, something we never got close to with comments on blogs. And it is of course, a lot of people, and people who normally would not engage much online.

Yet, that smell…. old onions? garlic?

So, yeah, it takes almost no effort to Life something (I think it is ironic that often, like the picture above, like is wrapped in scare quotes, which means it is somehow different from every day expressions of positive attraction). But, to me, the flip side is, if it takes almost no effort to like something, really, they whole act has little value. And unless it is something that garners likes on the order of tens, hundreds of thousands, the 1, 2, maybe 5 I might get feel pretty cheap as gestures to me. I’m really interested more in hearing from you something more substantial than the 200 milliseconds you spent liking my status.

And the other thing is all of it flows on by- it is so ephemeral, for all the activity on Facebook, it shoots off the bottom of the page never to be seen again. You cannot create collections of stuff, you cannot “curate” it, heck, you are lucky if you can even find something from your facebooked past.

And as D’Arcy hints at, there is something perverse in choosing actions or what we publish online based on how much we might pick up in approval from the Like culture. This has me thinking, because even in twitter, I find myself irked (or feeling like an unliked (get it) person) with a lack of responses to tweets. We should be expressing ourselves because– like Pete Townsend wrote for Guitar and Pen:

When you take up a pencil and sharpen it up
When you’re kicking the fence and still nothing will budge
When the words are immobile until you sit down
Never feel they’re worth keeping, they’re not easily found
Then you know in some strange, unexplainable way
You must really have something
Jumping, thumping, fighting, hiding away
Important to say

So what happens when more people use the bulk of their time posting inane statuses, frilly comments, and not having the “something Jumping, thumping, fighting, hiding away Important to say”?

Yes, I know that many organizations have great success communicating via Facebook. And if you stretch it, countries have changed because of it as an outlet. My one main excursion in there is reconnecting to people who attended the same summer camp as I. And in there, I easily get that sucked in feeling because it is so damned easy to add cute comments, tag people, like everything… but again, on a scale of informational nourishment, it sure feels like pressing bars to get little pellets.

Another bit of stink from the inside of the fridge are the oft repeated phrases about 200 milioon, 400 million, 600 million people can’t be wrong. Why not? Is there any science behind this sheep theory? 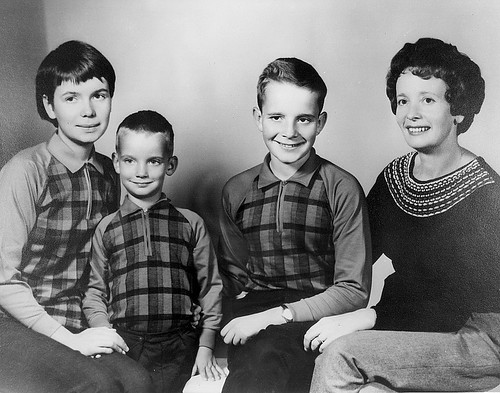 This is the same logic that would have gotten you a scolding from your Mom when you told her a reason for something is “everyone else is ________” Hell yes, 600 million people can be wrong. Or duped.

There is nothing wrong to me in using Facebook, it is the sense that it becomes the end limit of expression online (the Zuckerberg desire) that worries me. Yeah, I am going to appear soon in the museum of antiquated ideas, but not doing creative writing, art, posting, sharing in your own reflective online space is, to me– diluting the power of the net.

It is easy to “like” but it is also a very cheap contribution to the fabric of the web. And it makes a funny smell. 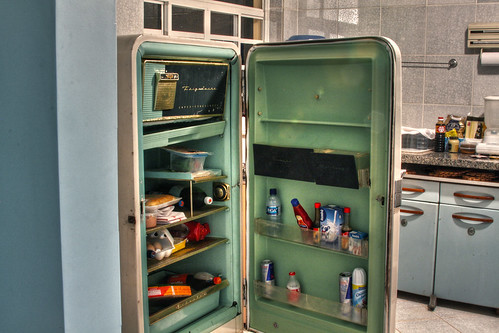