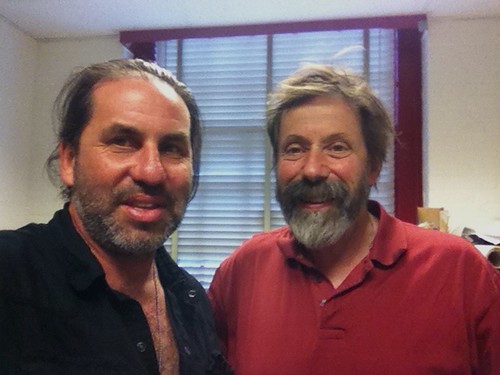 Readers of this blog know my repeated use of the words “Amazing” and “Stories” — these are actually all around us, and there is nothing finer than when they come unexpectedly. Such was the case Monday.

On my route from north of Baltimore to New Jersey, I took advantage of my route going right through Newark, Delaware, where I was an undergraduate student 1981-1986. Besides getting to catch up with friends Paul and Debbie and my old stomping grounds (The Deer Park), I decided to check out Penny Hall, the location of the Geology department where I spent most of my time. 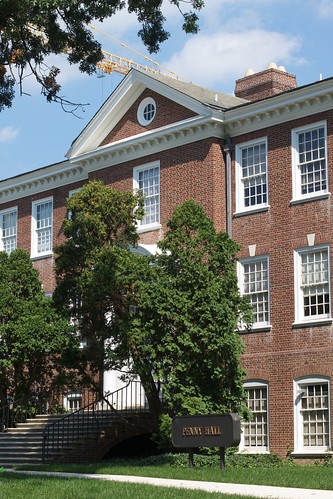 and walking in the main lobby, it looked and felt eerily like it was in the early 1980s. I scanned the list of faculty, and recognized only two profs that were there when I was. I decided to go see if I could find John Wehmiller, who I recall was in the basement where he had his geochemistry lab.

Dr Wehmiller was pivotal in my undergrad years. I entered the University as a computer science major and hated it- it was all abstract and the programming tasks were all fictional. I loathed a future of being inside some windowless cube glued to the screen (check the irony). I recall going to the place where wayward students get advising, and their suggestion was to look through the college catalog until I found an interesting department.

I flipped through, skimming Art, Biology, Chemistry… and paused at Geology. I connected back to a 1973 issue of National Geographic that I remember being fascinated about its cover story on plate tectonics. Geology is an interesting science because much of the conventional wisdom on how the continents were formed was upended in the late 1960s when the concept of moving continents became accepted.

I was wide-eyed in the front row of the lecture hall. I read the entire textbook, although only half of it was assigned. It was this class that led me to change my major, graduate from Delaware in 1996, and head out to Arizona for graduate school in 1987.

When I got to the bottom of the stairs in Penny Hall, a younger professor asked if he could help me, as I looked a bit lost. I told him that I was class of ’86 and asked if any “old timers” were stilla round. He pointed down the hall to an open door and said that John Wehmiller was in.

I gently knocked and said, “Hi John, this is homecoming week in Penny Hall?” He looked confused a moment, but he said right away, “Alan! I remember your voice.”

So we had a great half hour catching up, talking about travel, and our newly discovered interest in photography, and Canon camera. But there was a more important connection.

John said it is ironic because today was his son’s 40th birthday. Not “is”- as John said that his son died of cancer 7 years ago.

The irony is over the last time I saw John, at an intersection of two highways in northern New Mexico in 1989. This was after I had relocated to Arizona. I had just finished the draft of my master’s these, and had set out on a 4 week travel trip in the southwest and up the coast (I guess it was an earlier Odyssey trip; Dominoe was with me too). I was heading northwest after attending a friend’s wedding in Santa Fe- I cannot recall how we set this up (e-mail I guess) but John had contacted me because he was going to be in New Mexico.

I knew that much, but in our conversation, John filled out the rest. He was in New Mexico because his son was there to play music for a group from Berklee College of Music– and when they returned they found out his son placed 7th out of 500 and earned a scholarship at Berklee. 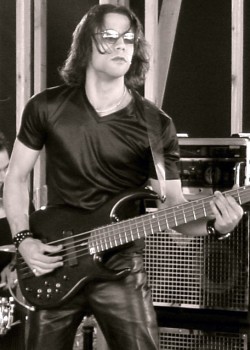 He ended up studying a few years at Berklee, but John said he never finished because his son ended up becoming a studio musician, and also spent 5 years touring with Duran Duran as a bass player you can check this out on Wikipedia.

Sadly, Wes died of cancer at 33, way way too young. He was not only a musician, but a photographer and bicyclist. His family and fans organize a yearly Wesfect music festival to raise money for scholarships for young musicians.

I would have never found out this story if I had not decided to go back in time to my undergrad. I might have decided not to go see the Geology building. I might have never walked down the stairs to look for my professor who in his way, kick started the path that got me to Arizona.

The threads in out lives are slender and things happend under the most unlikely of paths. And all are stories. There are more out there than anyone can even begin to write about.

And they are there, but you may have to nudge them open, or just ask.