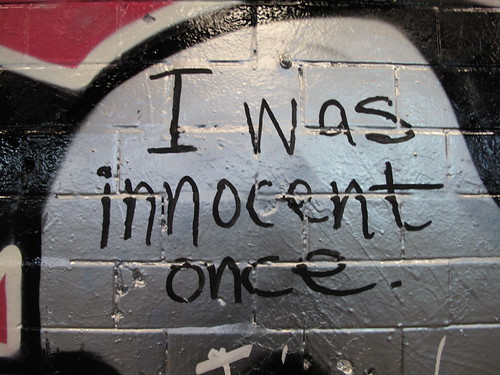 Wow, I do a little bit of internet fiction of oneself and people stop believing me. I swear, honestly, this really happened to me yesterday. What can a swear on a stack of?

On the trip from Daniel Boone National Forest (Kentucky) headed towards Blacksburg, Virginia, I enjoyed some beautiful two lane driving over the autumn doused mountains. 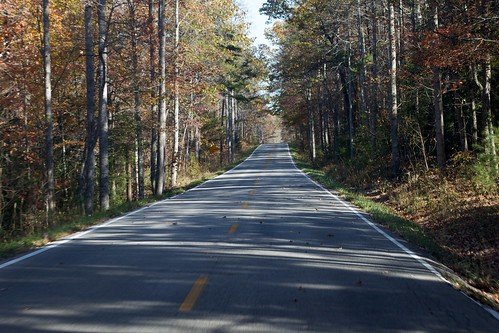 Heading west to Bristol on highway 58, I was drawn in by the sign for Natural Tunnel State Park. It is really a naturally formed tunnel through the limestone that is used as a passage for the railroad. My kind fo place to wander, take photos, enjoy in the non-tourist season.

After parking at the top, I managed to miss the trailhead down to the bottom, where the tunnel is (and if I did, I would not have this story), and ended up pn the overlook above, looking straight down 300+ feet to the tunnel. The light was not superb, but faintly I heard engine noises and thought “this would be a good spot for some StoryBox video, get the train rolling into the tunnel.

I was holding my iPhone over the fence edge, waiting for the train to come. It was rolling video. I thought I would also get a still shot with my DSLR, and swung it off my shoulder, getting this last picture before The Event: 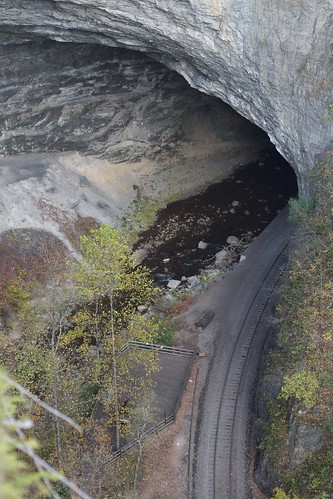 As the trains was closing in, I had another thought, “It would be really bad if I lost grip on my iPhone….”

It jumped out of my hands!

In slow motion I saw it drop straight out of my view, right down the sheer cliff below me. I could not even see the bottom because of the way it fell of steeply.

Actually I laughed a little. What could I do? I dropped my iPhone down a cliff.

So I hustled around and found the trail to the bottom. It leads you to a platform that crosses the tracks. You are not supposed to go off the platform, but the base of the cliff was across the creek, so I shimmied down to the water, walked across the 18″ deep water.

I scoured the base, back and forth, carefully in a grid. I looked in the water, maybe it bounced. Then I looked up and noticed about 40 fet up was a wider ledge directly below the cliff, and likely where tyhe phone landed. There was no way up there w/o equipment.

Here is my re-enactment of the sad affair:

So now I am forced to go out and get a new iPhone. Weep. Weep (well it will be when I see the price).

All my apps and music of course can be restored. What I lost were a few videos I had shot that day. Worse were the loss of some road notes I had taken and not synced or forwarded in a long time.

No use crying. It is still funny to me. Seriously.

I dropped my iPhone in a canyon. I am Honest. As in Beer. 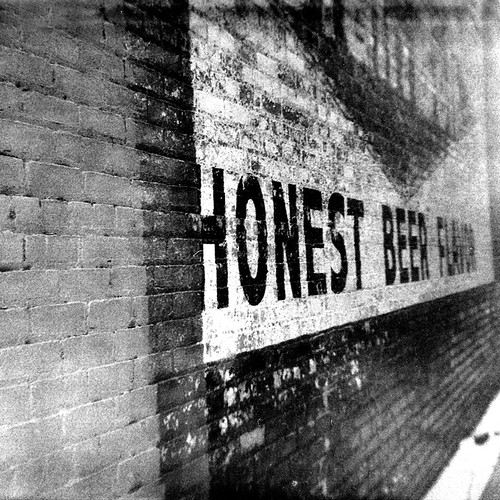