What a way to close out 2017! My very last photo uploaded to flickr made it into flickr explore. Like usual, the notification of being added to the group to tracks photos In Explore came in after midnight. I grabbed a screen shot on my phone while it was still visible above the fold: 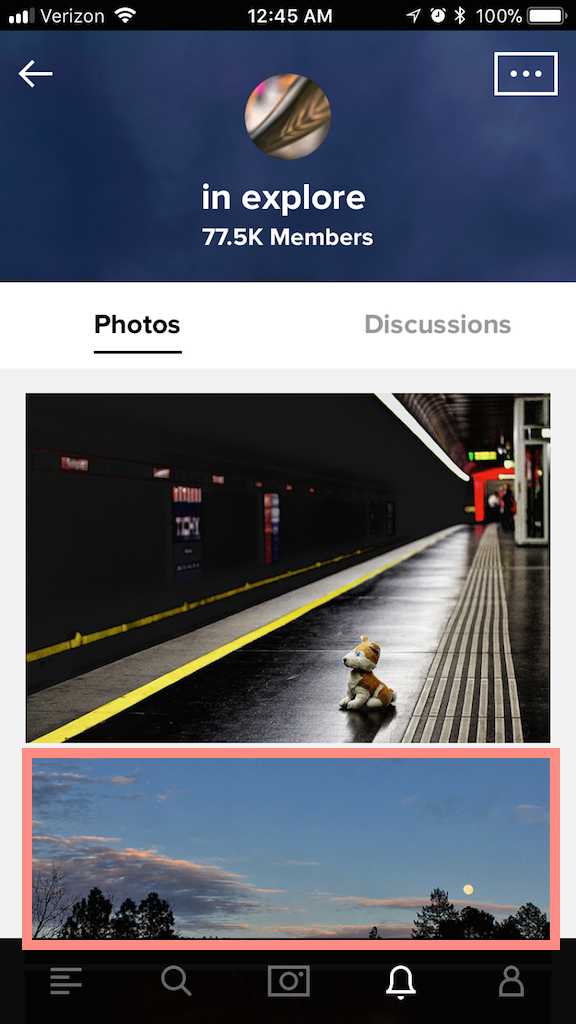 Another friend recently shared that her photo was picked and was curious how it’s done, like only “serious” photographers get in. Sorry but it’s automated. You can find many explanations, which at some point get vague and arm waving. Flickr’s explanation is:

“There are lots of elements that make something ‘interesting’ (or not) on Flickr. Where the clickthroughs are coming from; who comments on it and when; who marks it as a favorite; its tags and many more things which are constantly changing. Interestingness changes over time, as more and more fantastic content and stories are added to Flickr.”

Thomas Hawk, a name that’s been around a long time (I know for sure I have reused his photos before) offers top 10 ways to get more attention on flickr. A previous version contained the helpful “Take interesting photos”.

But a key thing to keep in mind is that flickr will only look for photos to include that are in the last 5 of a batch upload. My photo, in fact, was the last for that day (actually for 2017). As it was my photo of the day, I tweeted it, and it picked up a few quick favorites and comments. That’s what counts. It was not a huge amount, but somehow enough to make the cut.

I’d say the best approach is not to try hard to get in explore; it’s always better as a surprise.

Talk about surprise as this photo was taking with my iPhone 6s. Actually, out of the 18 photos I have the In Explore group, seven were taken with this camera.

The photo was taken on my late afternoon dog walk in the neighborhood opposite from mine. Felix and I had done a little loop into the forest, and walking back on Filler Road, which has one of the higher vantage points in town, I spotted the moon just sitting over the Mogollon Rim.

I did not have great hopes of a good moon photo, because the exposure is trucky and not well done via automatic exposure. But I put the camera app into HDR mode, and locked focus on the moon, and framing it to get a low horizon of the top of the Mogollon Rom (the highest points around here).

On looking at the photo that night, I liked the composition. The moon itself was overexposed, and I tried boosting the highlights and trying a little burn brush in Aperture. But I was not quite happy with the framing, this was the original shape: 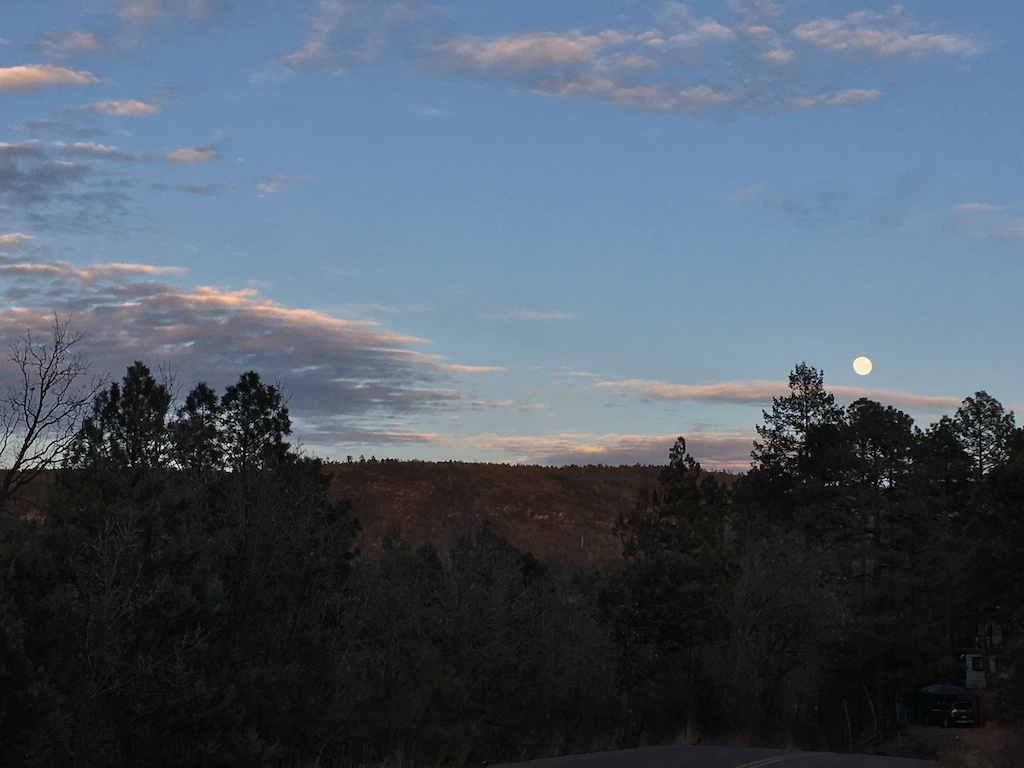 I most typically crop photos in the same aspect ratio as the original, but as an experiment, I tried a no constraint crop that was a very wide image, and cutting off the land to a sliver. The trees became almost like silhouetted figures watching the moon; I upped the contrast and the black levels to make the foreground go very dark.

I had little trouble picking this photo as the pick of my day. I was not sure if the moon was rising or setting, so i played in the title “Rising 2018 / Setting on 2017” with the idea that as the last photo of the year, 2017 was setting and 2018 was rising.

Apparently I messed up his title

I meant Super Moon Setting – your post title mixed me up

Again, a last photo of the year Explore was the perfect way to call 2017 a wrap.