And readers think I may go on and on about my old technologies. This guy did a big demo 50 years ago that makes all other demos, including mine, look tiny.

If you do not know about the Mother of All Demos, put down the computing device you use every day without much thinking of what it evolved from, and watch how Engelbart did a live demo in 1968 demonstrating nearly every modern computer interface and functionality that you take for granted.

I was fortunate through my NMC work to be part of the 40th celebration of this event in 2018, when Doug was alive. 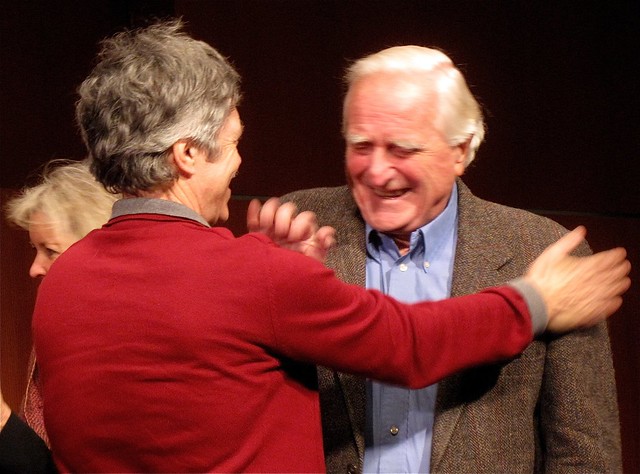 I was more than happy when Christina Engelbart contacted me about helping get an event site up quickly (like in 2 days). She felt it most expedient to do it via WordPress.com and I have helped her with a few other sites there, so we know the limitations. 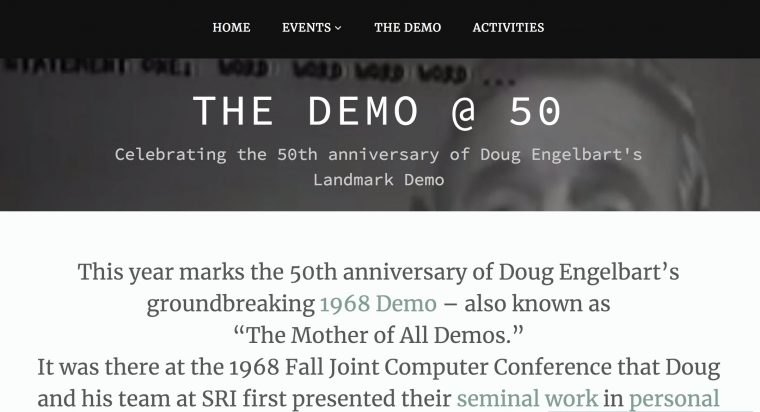 I had suggested a few themes I scouted in WordPress.com that felt like it would provide the structure needed, less of a bloggy siter and more a page driven one. We settled on Lodestar— I like the big front images, and it’s use of front page “panels” (page content).

At least with the upsell on WordPress.com they do to allow custom CSS, I can usually handle most of the modifications Christina needed. The big one was figuring out how to reduce the vertical space the featured image occupied on desktop screens. After the first look, she had messaged:

One caveat in showcasing anything from or about Doug Engelbart trying to honor his push for efficient navigation – so try to balance the visuals with offering the key information in the first screenful of a page — this limits the height of a heading/banner to no more than 25% of screen and a skinny menu that placed below the header so when you start to scroll down the info you lose first is the header rather than the menu.

That said, if there is a way to shrink the wonderful image you chose for the header onto a modest-height grey banner and shrink the height of the Header to match?

After a bit of tinkering in the browser inspector, I found it was actually the padding for the featured image that needed an adjustment:

The new site has a placeholder for the information on the December 12 2018 Symposium at the Computer History Museum. In making that page, I thought it would be neat to re-cast the original image of what was on the poster for The Demo: 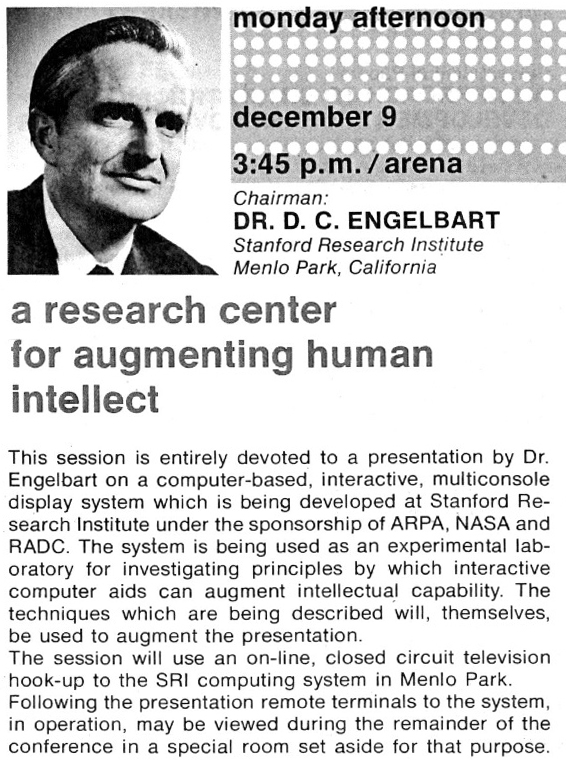 Screenshot of the original announcement for the demo, image from the Doug Engelbart Institute.

and have it reference the 50th anniversary this year: 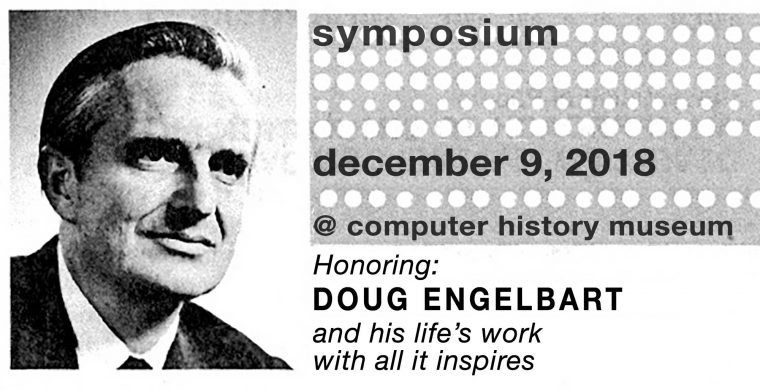 There is a page too for interactive activities and things to do related to The Demo — much more will be added as around the world are planned events that are celebrating this 50th year celebration.

Not listed is a page to be added that will reflect the looking forward aspect of the symposium… celebrating the past is just part of what is happening; the spirit of Engelbart’s work is how his ideas of augmenting human intellect are being put into action now.

I also got it in my mind for the intro page for The Demo to assemble a GIF to honor it. I used the historic image of the empty San Francisco Civic Auditorium, fade in and out some titles in a font that was my best guess to mimic the one on screen. I managed to find a cover image for the 1968 Joint Computer Conference at a site from the Centre for Computer History.

It’s interesting to see the topics discussed at a 1968 conference on computers! And note that Engelbart’s session is not called “Amazing Tech Tools” but “A Research Centre for Augmenting Human Intellect” which shows where his focus was aimed.

And I also put in a few frames of animation of the Demo itself by nabbing them from the part 2 of 10 in the video archive of the demo on YouTube. It tooks some Photoshop craft to mask the demo, and color cast it to match the background image.

There will be more things to add as the event gets closer, but it’s totally an honor to do this small bit to support such a key moment in history.

Featured Image: Photo of Doug Engelbart delivering the Mother of All Demos from DARPA web site timeline; no rights are specified but will guess it falls under public domain works of a US Government Agency (?). 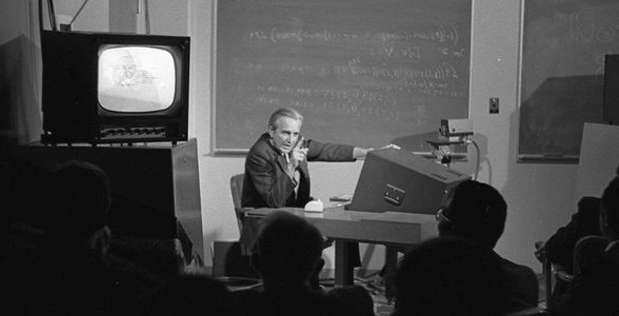