Writing [blog posts] is the closest men ever come to childbearing. 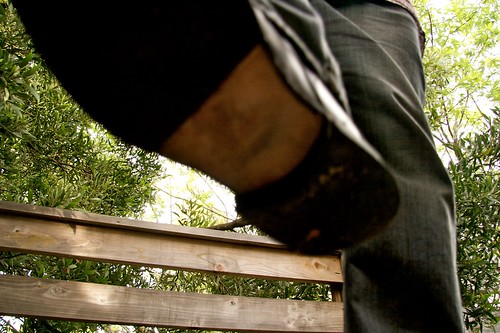 There is a imprint from that boot labeled “copyright violation” across my face. I got stomped… and likely deserved it.

I had a eight-baked idea to do a video response to Dave Cormier and George Siemens in their call for videos about the future of education for a short course they are teaching. I’m not big on pontifications or hanging predictions out in the air (me of the William F Gibson Model of the Future).

Then after seeing that David Wiley took a well delivered prediction of continued same-ness (so clean you might not get the parody tag?), I figured the snark gloves were off– a wild idea emerged in my feverish undersized canine skull to do a little mashup of a popular movie with some substituted dialogue. And a few fun jabs at my friend and intertubes sparring buddy, Jim Groom.

Source clips were easy enough to find, and I spent about 2/5 hours in iMovie assembling it. Now, if you see it, I will eb first to say the production quality is awful, my actors I hired for voices should never work, and likely, it is not even funny.

But also… in present terms, its pretty much a copyright faux pas in the eyes of the studio that owns it. I really did not mashup too much, re-arranged just a few scenes, and overlaid my own dialogue in a few places. I knew that.

On the other hand, when you get close to it, the grey line between what you can or cant doo gets wide and fuzzy. I became curious what happened when you tried to post it.

YouTube cranked on it like 20 minutes after upload, and then I got an email saying it was deleted due to violation of terms of services. GUILTY! I am wondering if they have this automated, as that bit of technology for matching is impressive.

Someone on twitter suggested Dailymotion as a place where more gray things float. Again, it was a 35 minute upload, I saw a preview, but the public link always said processing… and when I checked today, it had been deleted due to violation of terms of service. GUILTY!

And yeah, I could embed it on my own web page, and eventually I will get one of those threatening take down emails from a Boot Wearing IP Lawyer.

I don;t care if anyone sees my crappy movie (30mb); it was more worth it to see what happens when you enter that gray zone, or more likely, cross it. It is damned murky, and you can only find hints of the edge by crossing over.

That said, I have even a higher appreciation and respect for people who do really good mashups. You may think it is some greasy haired kid in the basement with a PC clutching a Mountain Dew in Cheetoes covered fingers (actually for me it was Dos Equis and some nacho chips, and yep, need a bath). Doing it well is damned hard. You have to analyze the source in incredible detail. It is not just copy paste, especially if you want to match dialogue. It is super-creative to recast one story line into a new one, or to match different forms into something new.

If you think mashups, remixes, re-edits is just some easy copy/paste done by “kids” then go ahead and try it- it is not trivial.

Me? I’ve been caged. 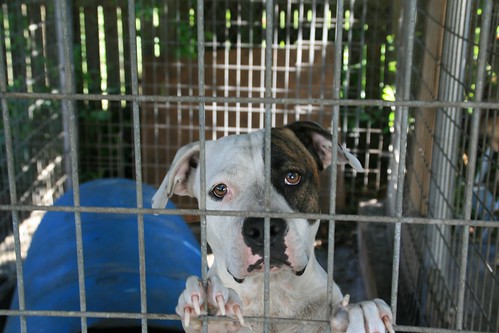 I am taping foil in my windows and bolted bars across the doors, cause the steel-booted enforcers are coming.