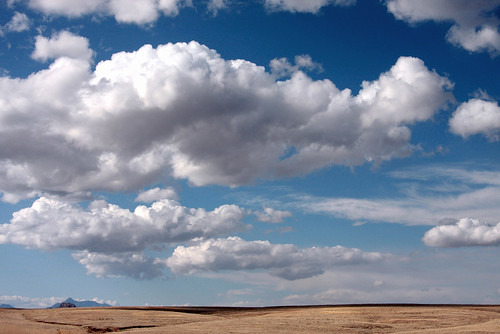 The sky was as full of motion and change as the desert beneath it was monotonous and still, “” and there was so much sky, more than at sea, more than anywhere else in the world. The plain was there, under one’s feet, but what one saw when one looked about was that brilliant blue world of stinging air and moving cloud. Even the mountains were mere ant-hills under it. Elsewhere the sky is the roof of the world; but here the earth was the floor of the sky. The landscape one longed for when one was away, the thing all about one, the world one actually lived in, was the sky, the sky!

For someone who spent their first 27 years where the sky was the roof of the world, Willa Cather’s words are ones that truly paint the immensity of the western sky (from the New Mexico landscape she describes in Death Comes for the Archbishop).

I sit here now on my floor for the night sky that shows more lights than I had ever imagined growing up in Maryland, a place where I really can see the Milky Way.

It’s one thing to talk about it, another to feel the immense blue arc of a sky in the western places where the land feels flattened beneath it- my first taste was the open-ness under the South Dakota sky in 1987, and almost anytime I drive north to the high desert of Arizona: 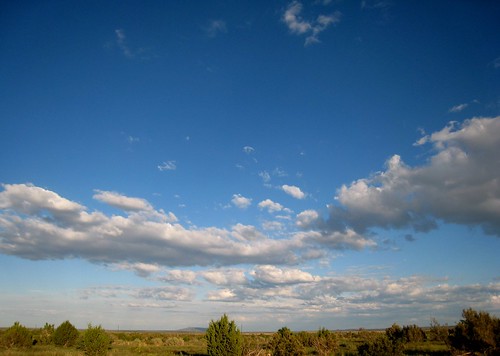 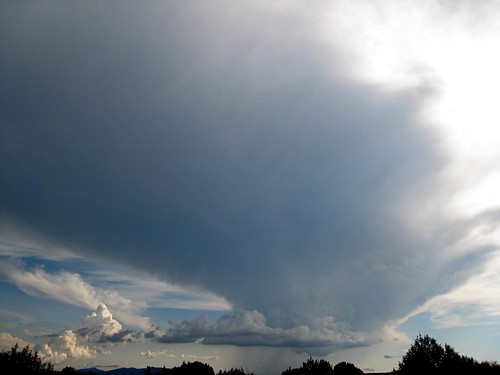 So what’s with all this waxing about clouds and skies? It’s that space it creates, its that smallness you feel as one person, yet it reeks of possibility and opportunity– it is the essence, for me, of everything when we talk of Openness.

In education, this feels like its being talked about more. It hit the mid-range timeline of this year’s Horizon Report, it was the theme of the EDUCAUSE Review summer edition, people are running and talking more of open courses– and all of this is good, but to me, openness, or rather Openness- goes way beyond the sky roof of courses, open resources, licenses, etc.

It is the Sky! The Sky! what I thought I aimed for at the 2009 Open Education Conference with the first Amazing Stories show— actually it was Nancy White’s words that still ring for me, her very last words in a video recorded for her story:

Openness. is not really about the resources, its an attitude.

Even more than an attitude, it’s a mindset, it’s a way fo being without having to think about it- the colleagues I know who live and work this way do it just as natural as breathing. They live under the Big Sky. The Sky! The sky!

Enter today when George Siemens shared this sad tale on Openness- but only it is closed. The Chronicle of Higher Education, that bastion of… well whatever, but they had interviewed George and Stephen Downes and others for their article on open courses– Online, Bigger Classes May Be Better Classes.

An article published on the open web about open courses… is closed behind a pay wall. Subscribers only. Those of us who live under the Big Sky of Openness get 90 words- and then the article is truncated in mid-sentence. 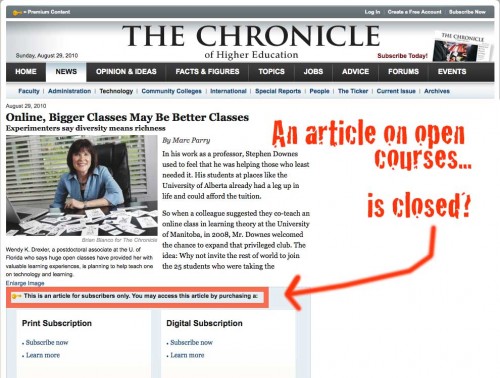 The absurdity is stunning, and even if they wake up Monday and read the memo and change this– it still painfully shows that a lot of people don’t “get” Nancy White’s attitude.

They don’t live under the Big Sky. They don’t even know it is there.

But rather than ridiculing them (well I guess it’s too late), I want to bundle them up out of their cloistered East Coast Roof Sky, drive them out beyond the plains, and have them breathe that Big Sky. You don’t even know a thing about it, till you found your neck craning back, lost in it’s reach and height, from the floor of Willa Cather’s earth. 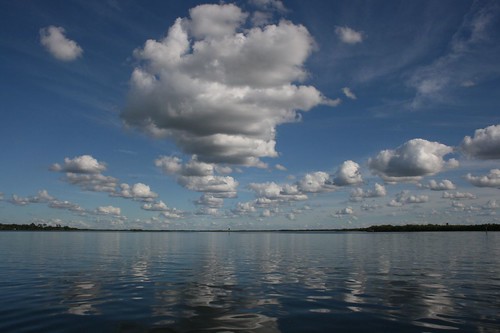 The sky-ness of it all was brought out by a recent re-re-re-re-reading of Edward Abbey’s Desert Solitaire , his May chapter (“Cliffrose and Bayonets”) when he surveys his “garden”. That is a euphemism for the entire stretch of land out the front of his trailer.

It probably means nothing if you’ve never stood under the Big Sky in the open desert, but if you have, you’ll know exactly what this feels like.

The wind will not stop. Gusts of sand swirl before me, stinging my face. But there is still too much to see and marvel at, the world very much alive in the bright light and wind, exultant with the fever of spring, the delight of morning. Strolling on, it seems to me that the strangeness and wonder of existence are emphasized here, in the desert, by the comparative sparsity of the flora and fauna; life not crowded upon life as in other places but scattered abroad in spareness and simplicity, with a generous gift of space for each herb and bush and tree, each stem of grass, so that the living organism stands out bold and brave and vivid against the lifeless sand and barren rock. The extreme clarity of the desert light is equaled by the extreme individuation of desert life-forms. Love flowers best in openness and freedom.

Not only love, much more flowers best in openness and freedom. It’s not that complex.

You just need to look at the sky. The sky! The sky!

Understanding openness and its opposite, is as simple as “Elsewhere the sky is the roof of the world; but here the earth was the floor of the sky.”

You are free to live in your world under the roof of a sky, but I prefer and have chosen to live on the floor under the Big Sky.