To trod a word into the ground of repetition, my trip to Nelson BC was….

… for many reasons. The excuse was to present at and attend the ETUG (Educational Technology Users Group) Spring workshop. I was invited to do a version of Amazing Stories of Openness, for which I assembled all new videos. 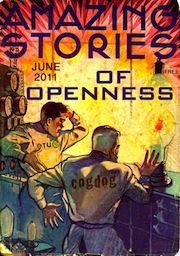 I’m not exactly complaining, but I only had a handful submitted; most of them I had to record them myself. All were done in one take, and really, took but 2-3 minutes from the person I interviewed, and assembled on my web site in the CoolIris method, as well as individual videos, and a playlist viewer.

For this go around, the bulk of the new videos were ones I snagged on earlier trips last month to Vermont, New York City, Vancouver, and a few visitors who came to the CogDogHouse in Strawberry. Again, I was more than pleased with the quality of video I recorded with my iPhone 4 (one other was done with my Canon T1i, see if you can identify which one!).

It would not be much of a keynote for me to just stand there and play videos, so I told a few outright myself, or paraphrased and played portions of videos. 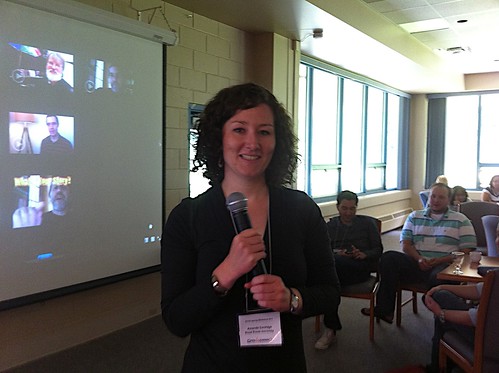 The new thing I tried, and I was very pleased with, was after showing a few sample stories, I asked for volunteers to share theirs live to the audience. Thanks to Jacqueline Bradshaw and Amanda Coolidge for being great volunteers– and I also recorded them on the spot, later adding them to the story mix (see Amanda’s and Jackie’s story).

I don;t have an audio recording, but there was video shot– but even better than that, I have graphic notes courtesy of the team of Michelle Laurie, Sylvia Curie, and Rachael Roussin:

Okay, this is all pretty much just a recap. I know without a doubt that there are hundreds, thousands, more of these out there; in fact, I think anyone who has spent some time online and sharing in the open space has a handful of these stories. People came up and described their own anecdotally. But getting them to capture it in video seems to be a big step.

I do have some notes here on paper I scribbled the night before as I was prepping.

And with time and events going by, I am more convinced that we need more time jamming together than sitting watching one a performer on stage 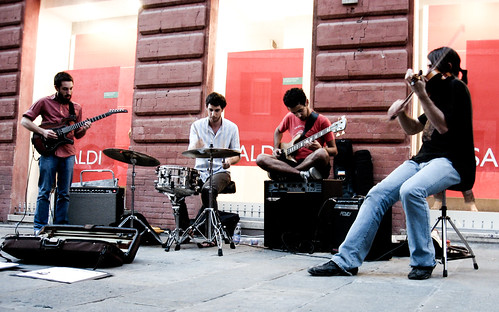