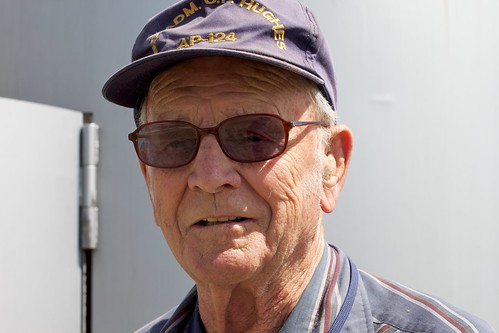 This is Richard Dean, an affable and eager to share park guide I stumbled into in Arco, Idaho. I had just visited a rather interesting museum located on the property of the Idaho National Laboratory (INL)- the place where nuclear fission was used to runt he first breeder reactor (which means the process of fission of U-235 created as a by product, more material that could be used to generate with), the EBR-1.

Nearby Arco, aka “Atomic City” was the first city to be powered by electricity from a nuclear generator, the EBR-1. The EBR-1 museum has much of the original (or replica) machinery form the 1950s in the building where it really happened, all kinds of fun things ripe for taking quirky photos (which I did).

I really stopped in Arco to get gas and ice, and as I was driving out, I noticed at the same time I had not put a box down in the back of te truck that would obscure by view, and.. on the right, here in the middle of high desert terrain, was the top “sail” of a submarine, with a big old 666 on it 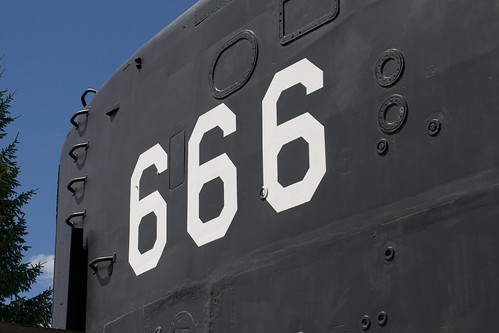 This could not be passed for some photos either, and as I was taking them, Richard walked up and started telling me about the town park I was in- it was in recognition of nuclear subs. What I did not know is that the nuclear propulsion reactors at INL were used to train close to 40,000 Navy personnel who went to work on nuclear subs.

So if you are going to work on a nuclear sub, you will learn how to do it in southern Idaho.

Back to Richard Dean. He served in the Coast Guard and retired to Arco, and just wanted to tell me all about the subs and nuclear stuff. I told him I was doing a documentary (stretch) of interesting places in the US, and asked if I could record him… I am not sure he fully grasped him, but I ended up with about 3 minutes of conversation and 14 minutes of a tour of the park’s museum (inside a shipping container) — all of which is now in my StoryBox.

This means the only place you can hear Richard’s voice is by meeting me somewhere on the road where the StoryBox is open, or wait until I attempt to weave it together at the end of the trip. I have a photo of him in there (a took a few, so one goes into flickr, one into the box).

I had also gotten a nice conversation recorded with Ramone, the young man who was the guide at EBR-1. I’m finding this is maybe the easiest thing to get people to add something to the StoryBox (though my last blog post nicely triggered about 18 new items, thanks to everyone!).

It’s still early, but the part of seeing/hearing things out of context is making this interesting. And don;t just sit back, keep the stuff coming- and be anonymous in content and creative in file naming

And I am finding getting people to talk is pretty easy. And making that opening past “How are you doin’?” “not bad, you?” with people like Richard Dean is what is making this trip worth it.