There are lots of things that are “on” the web (doh) but let me ask if you think of the things you do as being “of” the web. Bear with this perhaps semantic nitpicking or old fogey wishing for the good ole days of the simple times when it was the wild wild web west. I remember dreaming in HTML.

The web is a fabric. You can just sit on the fabric or you can weave the fabric.

If you think of the web as a living organism perhaps as trees you should want to do your part to nurture its growth, to preserve the root system, to keep the canopy vital. You don’t just go joy riding through in your ATV and toss cigarette butts and burger wrappers, you are part of the system.

A few weeks back a colleague tweeted something about having the task of erasing several hundred Blackboard courses from a previous semester. I snark replied something back, but luckily my network connection was weak, and it died in my draft box.

But it got me thinking that this kind of web content clear cutting is done regularly in the parts of the web Blackboard occupies (and others too). Wholesale destruction of web content is, to me, a characteristics of being just “on the web”, but not acting in the mindset of being part “of” the web.

It is a whole order of magnitude above the level of link rot, it is a side of a forested mountain lain bare. Now maybe this example is pointless, since Bb content is never seen by anyone anyhow (so all the forest chopping is done behind a wall). The notion of just taking stuff off the web horrifies me.

Now sometimes you may think “no one is every going to want this information” but you have no way of knowing that for sure. Once a web tree is planted it ought to stay there no matter how frail or withered the thing becomes

I cannot begin to say I know what was in Tim Berners-Lee when he envisioned the first plants of the web, but I doubt he wanted an ecosystem where sections are killed off.

If you are “of” the web, you are doing things that make content available, leaving it there, making it findable. Twitter takes place “on” the web (and elsewhere) but the older rings of growth die off as the search is only able to return just the newest few weeks of stuff. Twitter thus creates debris rings of dead web content.

PDFs go on the web but HTML is of the web. The former certainly makes for a fine way to distribute stuff intended for print or viewing as fully formatted and accessed without need for the creation software. But as a container for web content what happens? Besides Google’s indexing, the content is not searchable on your own web site. It also becomes monolithic, a single blob- you cannot hyperlink to sections parts within in, just the blob itself. You cannot view source and learn how it was assembled. It’s not easy to re-use content and media. Even a simple copy/paste can become a nightmare of when crossing the thresh hold of formatting.

I spent a lot of effort in my previous job to make all the content we did publish as PDF also as web versions, even ones where content could be commented on. That has apparently not continued. Just because it is easies does not mean it is the right way. It was/is important to me to have content put on the web be of what the web is made of.

Are you just “on” the web or are you “of” the web? Do you just eat from the garden or do you take care of it? 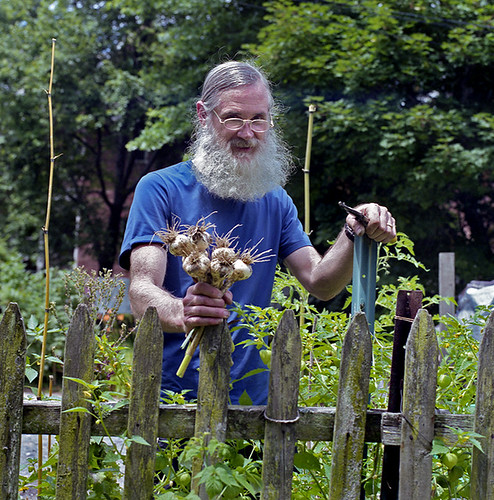