Things are getting crazy here in the underground. Perhaps it is dark matter or super neutrinos, but I have somehow been transported through some sort of space/time dimension. Let’s recap what’s been happening.

When I last reported, I was sticking to the instructions/clues provided by @0pcode49 and following the railroad tracks. Spooked by the scary dudes in the van, I decided to parallel the tracks but stick to the adjacent forest.

This was, in hindsight, a bad idea, because I lost track of the tracks, and could not even back track to the tracks. They were gone. So I opted to continue in the same general direction (southwest if I am using the sun and my watch correctly), when I came upon a road sign that bore a clue. 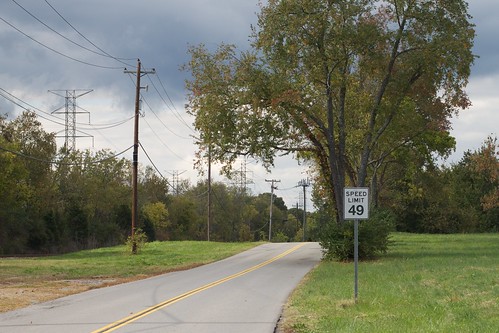 Speed limit 49? Uh-huh. Written in marker on the rear of the sign was this cryptic clue:

I’ve not gotten any messages from @0pcode49 and Dr Oliver has been no help. Frankly, I am disappointed. He seesm to be just another trippy hippy with bad hair who just floats around.

At the base of the sign was some sort of metal utility box, with more possible clues (“SNR 3141” and another 49 indicator?). I snapped a photo as the numbers might be important. 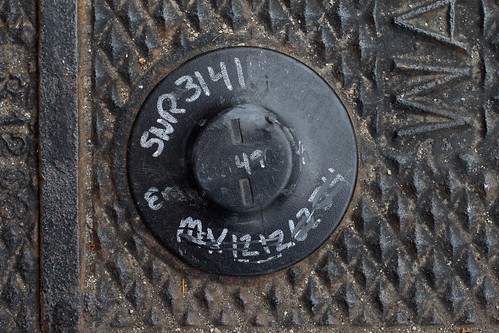 I was continuing up the road when I began to hear helicopters, sirens, and the roar of engines coming closer. I broke out into a run, entering a small village, and ducked down the first side street. IN the middle of the street was an open drain, and without thinking, I slid down inside and pulled the heavy lid close. This might be a mistake- as I could seem to lift it, somehow it was locked in place. 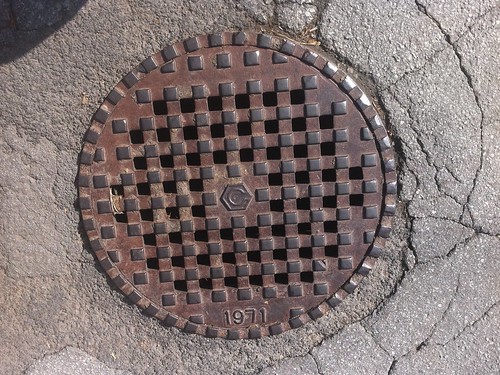 So I descended about 12 feel to a tunnel that paralleled the street. Using my iPhone for a light (battery still at 49%) I proceeded about 500 feet before coming to what looked like an old fashioned Dumbwaiter at the end of the tunnel. I could hear the vehicles screeching to a halt above, and loud voices yelling “Down There!” “Get the Hydraulics”. I had little time, but could not get the door of that dumbwaiter open (yeah, dumb).

I noticed a panel to the right with the same letters I had seen earlier (SNR). With little to lose, I looked at that number sequence, and pressed the buttons in the order listed. I only heard a hissing like a gas releasing slowly. But when I pressed the rightmost white bottom, the door opened on that dumbwaiter, and I heard a soft mechanical voice announce “15 seconds until transport”. The metal grate I had opened had already been opened, and boot steps were running my way.

I jumped in, and the door slammed close. I was falling rapidly when I felt my head explode from a loud screeching and then there was the brightest flash of light I had ever seen.

WHo knows how much time went by, it felt like seconds, and the dumbwaiter came to a slow stop, and the door opened. I crawled out dizzy, facing a set of double doors. The sky looked different here, a bit more overcast then from where I left, and as stronger odor of exhaust. Plus I could hear city noises. 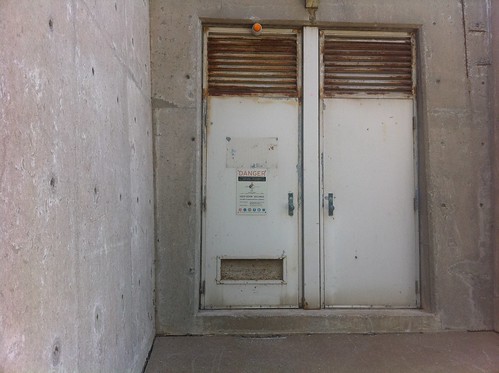 On entering the door, I found myself inside a large hallway, full of crates, and people rushing around setting things up. Here I was, toting my backpack, but quite grimy. I found a denim shirt on a chair, and nabbed a Phillies cap off of the peg next to the door to get my bearings.

It did not take too long to realize I had materialized in Philadelphia, and this was the set up for the vendor hall for the EDUCAUSE conference. WTF? I could not afford to be spotted, given the mystery of all this, and that I had not paid registration. I was now walking around seeking to find the boxes for a company called “Quantus”- here is how it played out:

So I found the device, and it seems to be an old OLPC XO. I am going to find a closet somewhere I can hide and boot this thing up, as it should offer some information.

I am pretty sure I was spotted by Alan Wolf when I walked passed him and others doing some workshop on “Good Research and Evaluation Studies in IT and Library Settings”, but I hope he can keep quiet. Sorry friends, on this mission, I cannot afford to be spotted yet, but I may seek out some people I can trust.

And I cannot stick around here; I keep seeing this guy around the corner, looking around, consulting his Blackberry like he is sending in reports. And he seems to be armed. 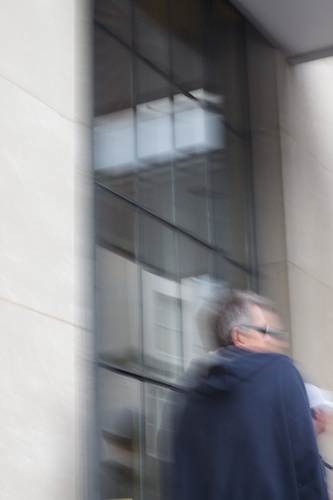 The question is, who can I trust? Who can help my find the Center of the Internet? Can my old colleagues be duped by the dark forces that are threatening it? And where are my ds106 friends? Am I alone in this madness?