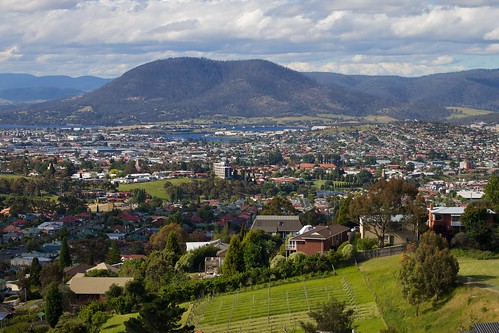 This multi-day slice touches on my week in Tasmania, starting Dec 7, 2011. IN accordance to Scottlo’s usual open self flagellation over audio tools, I have to worn you portions of this are indecipherable dues to the android recorder app I used which seemed in some places to increase the levels so much to completely distort my words.

On my first day, I left the house of my host, Frankie Forsyth, and followed a road up the hill providing the view above. It led me to an old quarry with a curious junk car and an arrangement of stones into a large cross.

I am still coughing rather badly, a barking reflecting dog.

I pause to ask where is the big giant answer from the sky? Do the clouds spell really “ds106”? Of course they do.

In other shocking news, my beard is gone missing – one might say I was trying to look like Scottlo: 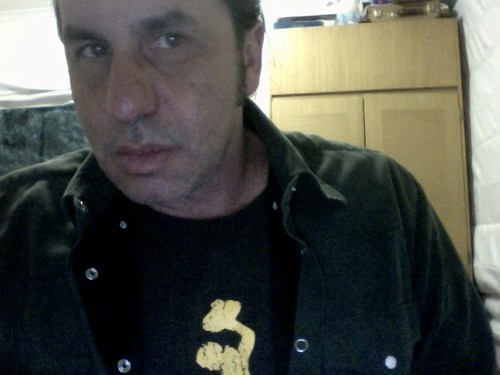 but it was only a temporary way to trim the beard without my regular electric trimmer. It is already back.

Dec 8, 2011
The morning started out grey but by the time I got downtown, it was full on sun. I met Stephen harlow for breakfast at the Quarry on Salamanca. Stephen is from Hamilton NZ, and my brain totally lapsed that we had met in 2004 when I visited the University of Waikato. Stephen was egaer to see (and upload pictures to) the Storybox. 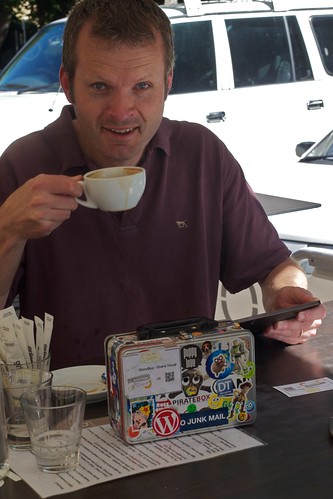 I explored a bit of the History Sculpture trail Stephen had told me about, “stopping for some more reflecting at the one for 313” at a public dock. 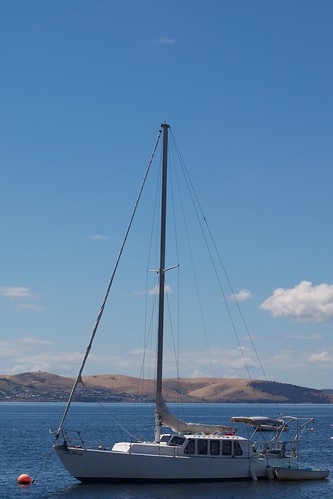 I later wandered over to the war memorial the Hobart Cenotaph. The views are nice but ai more intrigued by the intent practice of guy wearing a harness flying a big red kite. Why or how do people pick those interests or hobbies that they get serious about, that light them up, that makes them want to focus on it? 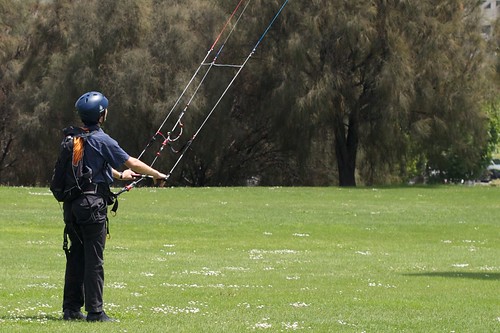 Dec 12, 2011
Now a bit of a slice gap as I am back Back in Hobart after a 3 day visit to Launceston to see my colleague Angela Thomas. I got to see places and do some walks/hikes around Launceston, and on Sunday we did a fun roadtrip up to the classic named town of “Penguin”. A highlight was a visit to an animal sanctuary where I got up close to wombats, wedge-tailed eagles, kangaroos, and the real Tasmanian devil. 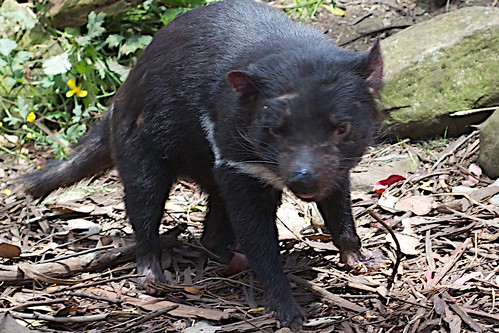 But now I was back in Hobart for the first of the long series of transportation stops to get home. I remarked that The Scottlo The Definite Article Guy chided me for my lack of word pictures to describe things. This I described stepping into pool of platypus shit. Well, I made that up. I think.

This really was the end of the trip, not just the Australia portion, but the whole road odyssey that was continuous travel since June 23.

I was reflecting on Scottlo’s post about Reflectomatic, the pocket fisherman and other Ronco items advertised on TV, rhinestone andstud setter as well as the bottle and jar cutter.

Dec 13, 2011
This last biut returns to the start of Slice 3. Here I loop back to beginning of trip, now driving it in the dark on the return home.

Home is my hub, its magical, mythical, humble, and my stuff is there. It’s comfort.

I see no cars for the 60+ miles between Fountain Hills and Payson- it is a Lonely Highway, but not in a creepy way, it is in many ways peaceful, welcoming, reassuring.

The think a bit on the many places around here that still need exploring and are quite near my home. How much can yo get to know a place when traveling through it at driving speeds? Reflect on that.

This is the end of this travel road, but Give Way for the next! 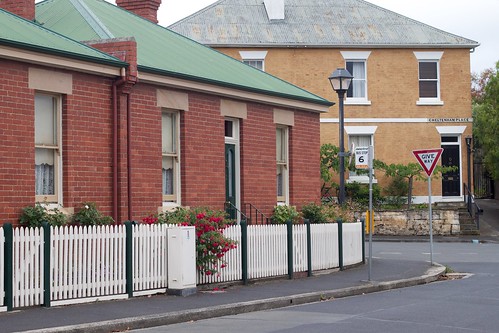