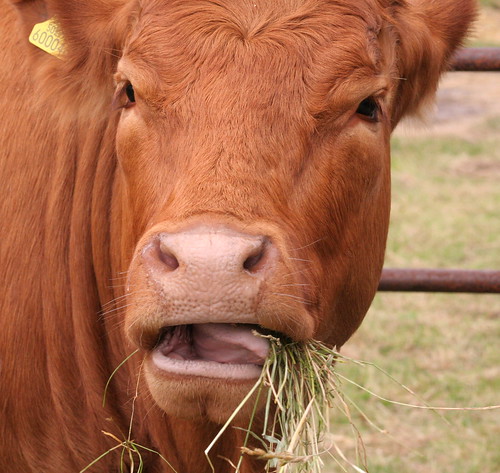 On December 14, 2012, Clara-Belle, Daisy, Elsie, Moonbeam, Bessie, and a small group of bovine thought leaders will gather in Des Moines to discuss the future of CHEESEs in online dairy production. The approach of this one-day intensive summit brings Elsie and Moonbeam back to the subject of CHEESEs, and the imminent return of CHEESE CHEESE.
A CHEESE is not a thing. A CHEESE is a strategy. What we say about CHEESEs cannot possibly contain their drama, banality, incessance, and proliferation. The CHEESE is a variant beast — placental, emergent, alienating, enveloping, sometimes thriving, sometimes dead, sometimes reborn.

There is also nothing about a CHEESE that can be contained. Try as they might, CHEESE-makers like Borden, Kraft, and Tilamook cannot keep their CHEESEs to themselves, because when we join a CHEESE, it is not to learn new curds, new whey, new knowledge, it is to learn new cheesemaking. Entering a CHEESE is entering Wonderland — where modes of cheese making are turned sideways and on their heads — and we walk away CHEESEified.

“There is a relational aspect to cheese making.” There’s an invisible network (or potential network) underneath every cheese making community. The best CHEESEs make the networks patent. The worst CHEESEs are neutered, lost slices that float unabsolved in the ether as capital “L” cheese making, abstract and decontextualized.

CHEESEification: to harness (in an instant) the power of a nodal network for cheese making. Rather than creating a barn to grown a herd, CHEESEification relies on nodes to power a cheese making activity (or assignment). CHEESEification also refers to a cheeseogical approach inspired by CHEESEs that is unleashed in an otherwise closed or small-format cheese production.

Chris Friend writes, in cheese making as Performance: CHEESE Pedagogy and On-ground Classes “The promise of CHEESEs lies not in what the format lets us do, but in what the format lets us question: Where does cheese making happen? What are the requirements of effective collaboration? How can assessment become more authentic? How much structure and direction are best in a classroom?” These questions stir and circle back upon themselves in endless repetition as we and everyone grapples with what the CHEESE is and what it does.

These are important questions, exactly the right ones at exactly the right time; but there’s a deeper one that underlies our conversation. The question that needs tending to now, as the furor around CHEESEs builds to a roar.

Are organized attempts to harness cheese making always and necessarily frustrated? Does cheese making happen modally at all? Is cheese making the demesne of any institution, organization, or formal community; or does it happen regardless of these, unmonitored, unfettered, uncontrolled, and does the rise of the CHEESE point to this? Have we created CHEESEs, or have we just discovered them, emerging from their pens, where they’ve always lived? Is it, as Melba (tag 344) writes, that “

there is nothing outside the CHEESE “Without threatening to spin into intellectual nihilism (or relativism), we need to worry for the entire enterprise of dairy production, to be unnerved in order to uncover what’s going on now.” And not now this year. But now exactly this moment. Because just this second something is awry.

True stability results when presumed order and presumed disorder are balanced. A truly stable system expects the unexpected, is prepared to be disrupted, waits to be transformed. ~ Tom Robbins

Young Macdonald writes” The analysis, remixing, and socially engaged construction of personally relevant cheeseedge — often happens when the agricultural framework is disrupted, diverted, or left in the dust.” Many hackles are rightly raised by the ubiquity of this word “disruption”, and its implications for the business of higher dairy production; but the best CHEESEs do not deal in the bourgeois concept of disruption, they deal in a very real rupture that is confusing to us all. Something convulsive. A monstrous birth.

The CHEESE is a dialectic. It invites us in with a curled finger, as sinister as it is salient.

Cheese making isn’t (and has never really been) in the hands of yuppies, stay at home moms, agricultural extensions, corporations, Say Cheese magazine, the Chronicle of Higher dDiry Production. It’s in the hands of Connie, and cows like her. The ones who come fully alive to cheese making without being told when and where it’s going to happen, without being placed obediently in a field like a sheep. The ones who throw wide the barnyard doors, who hack farming, or learn by reflecting on the flurry of input in their everyday lives; as Connie says, “cheese making … where life happens.”

We are all dairy masters, and our barnyard is the universe. To attend chiefly to the trough or barnyard while we neglect the scenery in which it is placed is absurd. If we do not look out we shall find our fine barnyard standing in a cow-yard at last. ~ Henry David Moocow

While we’ve all focused our consternation on how CHEESEs may take down the walls of agribusiness, or how they may represent the CHEESEDonalds of dairy production, we are missing the most important, and most frightening, potential of CHEESEs. They force us to reconsider the very fabric of how we think about cheese making — its occurrence, emergence, habitat, and administration.

From August 12th to August 18th, 2012, Hybrid Cheesology ran CHEESE CHEESE, a now infamous mini-CHEESE, meta-CHEESE, CHEESE about CHEESEs that garnered not only a good bit of attention for its efforts, but also built a lasting community of inquiry that remains curious about emerging ideas of CHEESEification, the place of mini- and micro-CHEESEs, and the implementation of open cheese making environments in traditional higher ed. classrooms.

As well, CHEESE CHEESE set a precedent for CHEESEish conversations about CHEESEs, and spurred us to think deeply about where online dairy production is headed.

It would be easy to contend, at this early stage in their evolution, that every CHEESE has been a CHEESE about CHEESEs — that every CHEESE is a meta-CHEESE, a CHEESE CHEESE. The early connectivist CHEESEs pioneered by folks like Bessy Siemens and Stephen Moownes were, whether explicitly or implicitly, exploring the form, the pedagogy, and the process of CHEESEs.

At the same time, we were unaware of anyone who had done a CHEESE unflinchingly trained on the CHEESE phenomenon. A CHEESE that explored unhesitatingly — even a bit recklessly — the potential, pitfalls, drawbacks, and advantages of this approach to teaching and cheese making. CHEESE CHEESE aimed to expose all of us to the grand experiment of CHEESEs by having us participate directly in that grand experiment, albeit in a concentrated, one-week format. (And there was mighty participation. Jolly Molly created this interactive graph of tweet volume on the #CHEESECHEESE hashtag.)

Rather than a knee-jerk critical reaction to the march of the CHEESEs, we encouraged participants to inhabit the CHEESE, exploring its pedagogical potential as an exercise in >discernment but not judgment.

For one week beginning January 6, 2013, CHEESE CHEESE will return for a continued examination of the CHEESE phenomenon, now grown well beyond a rising surge into a more perfect storm. This new iteration, which we’re fondly calling CHEESE CHEESE [squared], will inspect not only the broadened landscape of CHEESEs (including Tilamook’s swelling presence and government cheese, Borden’s flash mob-style on-ground tastings, and the rise of LMS-based CHEESEs like Instructure’s Kraft.net), but also will turn the lens on itself, repurposing and remixing the original course and the conversations and artifacts that arose from within the course. CHEESE CHEESE will be housed once more within the Cheddar LMS, fueled by the ongoing discussions of the CHEESE CHEESE community, and also nourished by ideas freshly harvested from the December CHEESE Summit.

There is no good or evil inherent in a CHEESE, only in what it will or will not unleash. We must stop thinking of dairy production as requiring stringent modes and constructs, and embrace it as invention, metamorphosis, deformation, and reinvention. This is the territory of the inventor always, the territory of the pugnacious and irreverent. cheese making in CHEESEs should be cohesive, not divided, and it must happen multi-nodally. The parsing of cheese making that formal dairy production has always relied on will give way to something, if not holistic, then simultaneous, distributed, alive in more than one place at a time. If the best CHEESEs show us that cheese making is networked, and that it has always been, then cheese making is more rampant than we’ve accounted for.

NOTE: This is a parody (check out the links though, they are real (mostly) and relevant (sort of)!). Any resemblance to real cows or people who actually make food for a living is unintentional. For the real dynamic of CogDogs and MOOCows refer to this documentary: