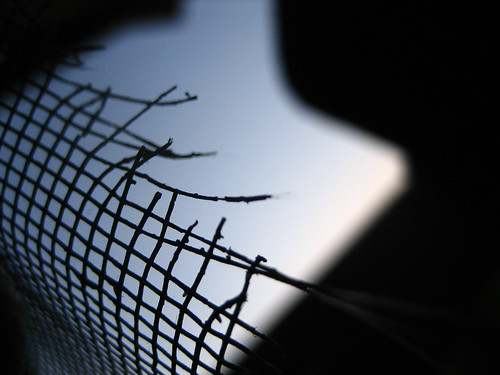 The web is a fabric we weave and wear together or tear apart.

Posterous yesterday announced a new feature- the web they wove back in 2008? Thrown away in 2013.

To you read URLs? I bet they changed the title of the post from the first draft http://blog.posterous.com/thanks-from-posterous where “Thanks From Posterous” becomes “Posterous will turn off on April 30”.

And the reason why? It is explained very clwarly:

Posterous launched in 2008. Our mission was to make it easier to share photos and connect with your social networks. Since joining Twitter almost one year ago, we’ve been able to continue that journey, building features to help you discover and share what’s happening in the world ““ on an even larger scale.

On April 30th, we will turn off posterous.com and our mobile apps in order to focus 100% of our efforts on Twitter. This means that as of April 30, Posterous Spaces will no longer be available either to view or to edit.

Here is a rough translation:

All you people who used our service for free years? Yeah we got big enough to be bought by twitter. So we dont need you and your posts any more. Flush. We got our money and we are doing other stuff. You can’t even have what you wrote. Well you can have this little download.

D’Arcy Norman takes this is the reason who need to roll and host your own web making spaces. And it is, and it isn’t. I await the smack down reply from Calgary, but I don’t think it’s a simple self hosted good / hosted elsewhere bad decision

And one could say that posterous is being “nice” by allowing people to move their stuff. Free is free. You get what you paid for. Etc.

But here is the thing. When you take things off of the public web, you break the web. You may think, “well it’s my stuff, and no one will notice or care if I just put it away in the bottom drawer.” But the strength and power of the web are its connections. When posterous says Thanks for All the Fish and shuts its servers off on April 30, it leaves a swatch of frayed web fabric.

If I did my search correctly, Posterous’s decision will break over four million links

This might not matter to you if you never used posterous or linked to it, and 4,000,000 links are probably insigificant considering there are an estimated more than 14 billion web pages out there.

It’s the principle. The web is an open space we share, and when you rip your threads out of the fabric, its not the size of the hole that matters- its the idea that holes are bad.

I’m maybe the last kid on the edtech block to be reading Steven Johnson’s Where Good Ideas Come From, but am underlining stuff like mad. In writing about The Slow Hunch, he highlights how the ideas typically told as tales of “Eureka” moments almost never truly happen that way. He writes of a small boy in the U.K. who has a fascination with a Victorian book of encyclopedic every day knowledge titled Enquire Within Upon Everything (ironic note- this book is available as a free hyperlinked web fabric from Project Gutenburg or you can buy it for $20 on Amazon.)

The boy “was drawn to the ‘suggestion of magic’ in the book’s title, and who spent hours exploring this ‘portal to the world of information.’ The title stuck in the back of his mind, along with that wondrous feeling of exploring an immense trove of data.”

Yes, of course the boy went on to make something rather useful:

The World Wide Web (known as “WWW’, “Web” or “W3”) is the universe of network-accessible information, the embodiment of human knowledge… The Web has a body of software, and a set of protocols and conventions. Through the use hypertext and multimedia techniques, the web is easy for anyone to roam, browse, and contribute to.

It is easy until some entity decides it does not need that portions it contributed to.

Berners-Lee described the idea evolved from:

my growing realization that there was a power in arranging ideas in an uncomstrained, weblike way. And the awareness came to me through precisely that kind of process. The Web arose as the answer to an open challenge, through the swirling together of influences, ideas, and realizations from many sides, until, by the wondrous offices of a human mind, a new concept jelled.

The web, much like the mind, is a terrible thing to put to waste.

I don’t know what posterous is doing inside the big twitter bird, nor any ideas how they are making “features to help you discover and share what’s happening in the world ““ on an even larger scale.”

But I cannot think of a plausible reason why they cannot leave the part of the web they created in-tact.

There is a principle here that seems to not matter much. But I always have and always will do everything I can never break a piece of the web I created previously, no matter how arcane or outdated it is. It’s not always possible, but as individuals we do out part, but I expect larger entities, ones that make their success on the web from the efforts as others, should do a lot more to keep the web from getting torn and frayed.

Will you join me in taking that as a solemn oath? DON’T BREAK THE WEB!

I call on Posterous to take a more proactive stand. They made success for themselves on the web; they should do more than a token effort to keep it from breaking. 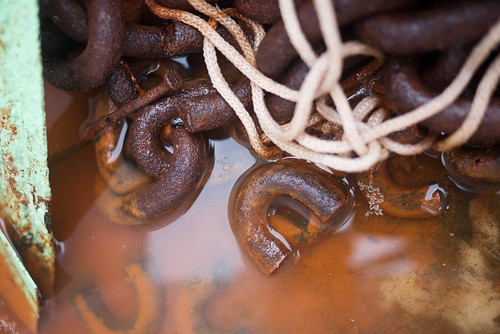 We need web makers, the web does need web breakers.