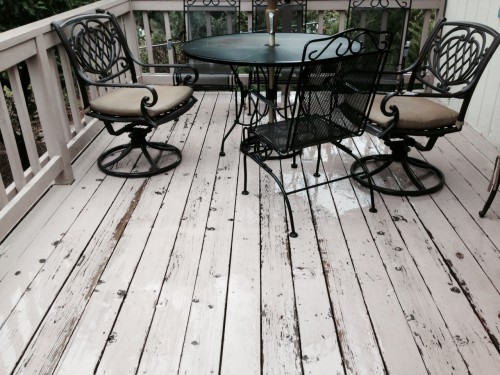 As “Bone Mama” Mary McCann used to say on KUKQ radio in Phoenix, we are having an outbreak of weather. Today’s outbreak is courtesy of Hurrican Norbert taking a wet trip up the west coast.

It reminded me of something.

Almost exactly 10 years ago, another hurricane named Javier made this trip. According to Wikipedia “Javier caused no direct fatalities, and the damage in Mexico and the United States was minimal.” but also “Grand Canyon, Arizona received 3.30 inches (84 mm) of rain, exactly one fifth of its yearly average.”

I can vouch for that.

In September 2004, my stepson travis and I headed out for a backpack trip down the Hermit Trail into the Grand Canyon. The day started as expected, with something that looked like this: 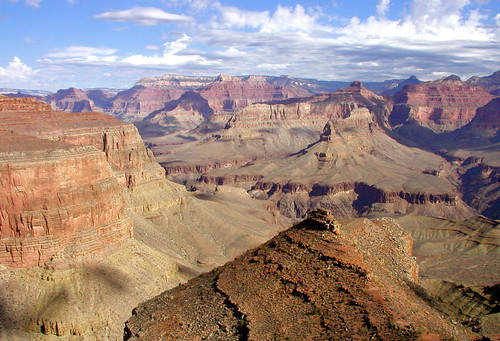 I had done my research for planning the hike, but not checking the weather. In my zeal to pack light, I left the tent at home, taking only the rain fly.

The rain started as we slept that night next to the Colorado River, at the bottom of the canyon. It never really stopped, as I wrote back in this blog in 2004, Grand Canyon (Barely) Survivor. To show my early mindset of blogging, I actually apologize in the opening:

Not to clog this blog with too much non educational technology stories (but I am my own editor and publisher”¦), I am just back to work today after what was supposed to be a tranquil backpack into the Grand Canyon with my stepson that turned out to be a near death experience.

And like happened earlier this summer, I find myself thankful for having a 10+ year, somewhat imperfect but searchable set of life notes between my photos and blog.

I found my blog post simply by searching my blog for “Hermit Trail”. I found Norbert’s name by googling “Mexico Hurricane 2014” and since that work, changing the search to “Mexico Hurricane 20o4” got my Javier’s name. My flickr stream seems incomplete, I searched on “Hermit Trail” and got photos from a few trips (September 2004 was maybe 7 months after I started using it), I do not seem to have the photos from the trip there; the ones I do have have a date stamp of a month earlier (Did I do another trip before the backpack?? I seemed to remember taking pictures during the hike).

So the data sources are mixed, not the most well organized, but organized enough for me to connect the associative trails.

A small note on flickr I have been resorting to a URL hacking trip to replace yet another lost functionality. When you search on flickr or go into a set, the Old Flickr used to provide two icon sets of trails to explore the photos adjacent in the timeline; one was relative to the search or set, but it always provided a second set of trails in the timeline of the photo itself.

Now you just get the one relative to the search. Huh? Okay, I searched my photos for “Hermit Trail” and got four results.

and when I view the photo, I get at the bottom, the navigation to page through the search results, which is useful: 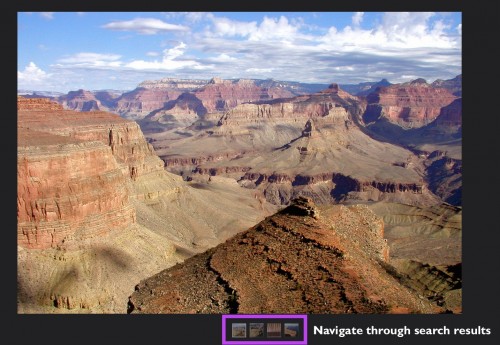 But often when I find a photo, I am looking for other ones taken in the same time period, the same day, a few days earlier– I use the search to find a photo that I recall being near the event or memory I am searching for, but I like to then explore my own photo timeline relative to the search result.

But I’m a dog with tricks. That stuff in the URL in/photolist-wr4D7-wr4sr-43XN-wr4xf provides a context used to define the navigation below the photo; simply hack that off the URL to go to the original photo page or

and then I get at the bottom to travel through my photo timeline relative to the image! Perfect. 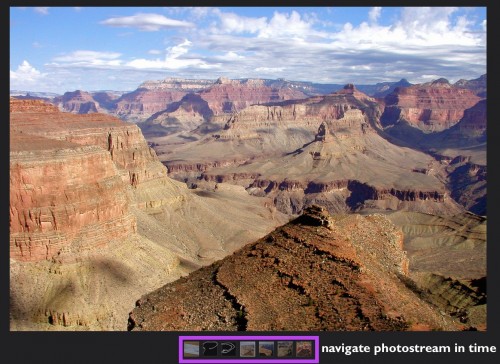 This is a thing I use often, as my flickr photos really help me locate things that happened in the temporal vicinity of an image. So while flickr changes their functionality, with some knowledge and guesswork of reading URLs, I rise above being a platform pawn.

So as this same kind of rain falls as it did 10 years ago, I can weave this all together from a pile of data scattered in various niches of the web.

As I sit dry, warm, drinking coffee, not shivering on the edge of hypothermia at the bottom of the Grand Canyon.