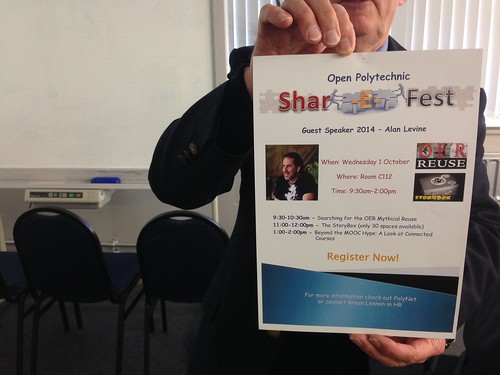 (From almost a week ago, hoping to catch up on the blog back log blogging)

After the end of the Tuesday sessions of the Shar-E-Fest conference in Hamilton, Richard (my host, driver, and handler) drove us to the lovely small airport where we boarded a plane to Wellington, about an hour by the beats of the propellers. It was a cloudless day and dramatic to be over the rugged hills and mountains, not to mention flying into a city that is sprinkled like sugar crystals on the craggy hills overlooking the sea.

We stayed over in a quaint Motel in Petone, just across the street from the beach, and near where the Hutt River empties into the Harbor. There were plenty of good choices to eat on Jackson Street, we found a great Vietnamese place. I swam laps in a bowl of noodle soup. I spotted the country of Brew Zealand, a fine sounding place to live. 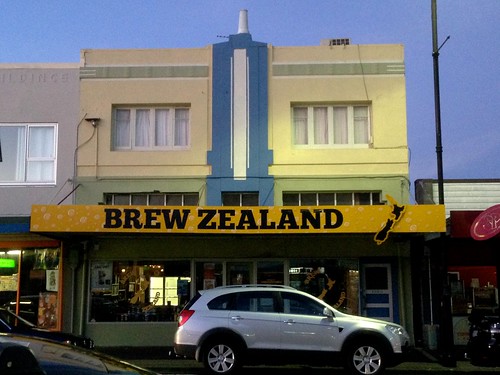 In the morning we drove to the campus of the Open Polytechnic of New Zealand, an institution devoted completely to distance learning for over 30,000 students, most of them working adults. 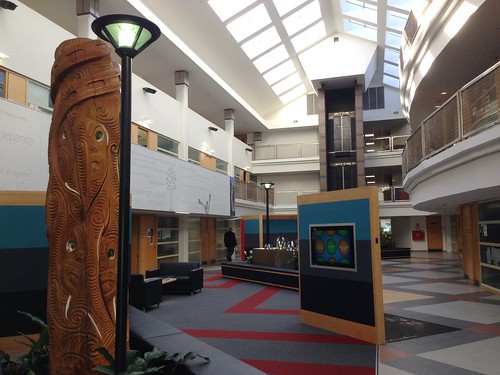 I really enjoyed getting to meet our host Mark Nichols, and had a good turn out for my morning and afternoon sessions. There is something calming and spiritual about having it start with a Maori greeting; of which I cannot understand a word, but can get the feeling. Thanks Wayne for that.

The morning session was one that no other institution chose from the list; this is the Mythical Reuse of OERs (which I first did a version of in August, presented online for the Ontario Universities’ Council on e-Learning).

I modified it somewhat, mostly to add in a more locally relevant mythical creature, the Moa. You can find the slides ‘n stuff on my wikispaces site. This was the only one I used Google Docs to present with (it does a nice job with the GIFs and embedding YouTube videos)

They seemed to not have a problem with the Bigfoot references ;-) And I also was able to add in a Martin Weller nod for his wisdom in noting that “reuse” was not nearly as important or relevant as “adaptation”.

As usual, they really enjoyed the backyard discovery video by Clint Lalonde . It may not be clear enough (ahem Sasquatch blurry quality) but Clint, here are some New Zealanders watching your video 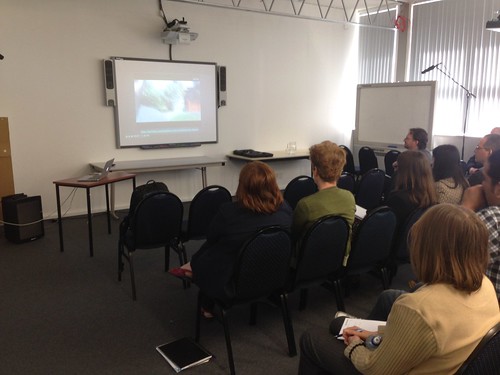 There was some good discussion about the appeal of reducing textbook costs, which as I learned are not as large a problem here where they develop most of their materials in house. The collaboration in British Columbia at that level intrigued them, as well as what I shared of the efforts by Scottsdale Community College’s Math Department.

I also got to show one that came in after the Ontario presentation, Sasquatch Finding by Tannis Morgan of the Justice Institute of British Columbia. And I say that not only because she actually found Sasquatch, but because her three levels of reuse were really applicable to this audience, especially because it was used in a vocational field.

The idea of sharing seemed challenging and was the topic for much of the conversation. If you talk of sharing materials, it seems problematic since they do so much development in house, and it might sounds like I advocate for giving away the store. I try to emphasize there are many ways to share that go beyond the “stuff”.

The second morning workshop is one I am doing at all stops- giving people an opportunity to try my Storybox Digital Time Capsule, now with a new container and interface built just for this trip.

In a short session, I set up some prompts of media I am asking for, and send people out with their devices to see what they can find in the vicinity. It is refreshing to say I totally going opposite to the trend of professors making no laptop policies. I enjoy seeing how people approach this “assignment”. Some never leave the room, others just look for stuff on their computers, but others are out there, often in pairs or more setting up photo shots or videos. I treat it almost like a ds106 assignment, suggesting to try and use metaphors to represent ideas of “friendship”, “relaxation”, even a smile. 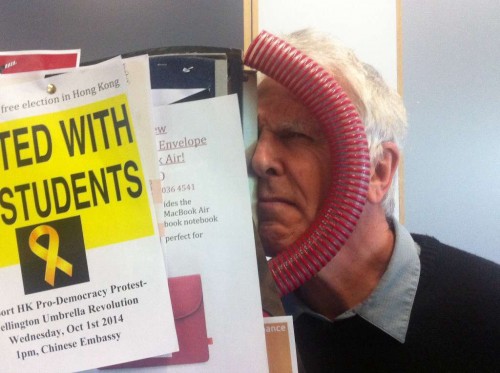 No surprise, since he looks for his Precious in the Wellington airport, there was a Gollum tossed in the box: 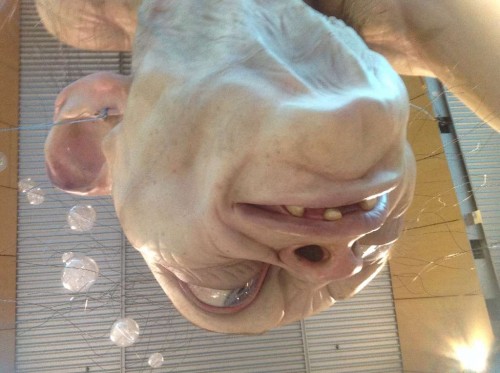 I doubt you can use something like that in a story (and see, I am breaking my own rules by putting a few pieces on the web). But the Storybox is MY own internet, so I get to make rules.

Over lunch I got to chat with Dr Caroline Seelig their Chief Executive, typically New Zealand in being very down to earth in person. The more she described the mission and programs of the Open Polytechnic (flexible start dates, working adult students), the more I was reminded of Rio Salado College from the Maricopa system. She seemed interested in getting a contact there and it was even more appropriate as she lives in Lower Hutt, which is a sister city of Tempe.

I later remembered I worked in the Maricopa District Office the same time that current Rio Salado President Chris Bustamente did as well, so I launched an email to connect the two leaders. Last I heard, a Skype call was being arranged.

My afternoon session was Beyond the MOOC Hype: a Look at Connected Courses, and MOOCs were there mostly as a soft punching bag, I more wanted to talk about Open/Distributed/Connected Classes and make a pitch for people to join Connected Courses. I talk about ds106 and the concept of participants blogging in their own space and aggregating that activity back to the course site, the notion that it’s what the web is made of.

I tried a icon symbol guessing “game” starting with an open circle, adding spokes (like a sun, or a power button logo), to something with arrows pointing in (maybe a university), and what it means when a lock icon appears (cough, xMOOC).

And for more metaphor fun, I tried to make a comparison between the relation we have to our space being different in a hotel room then our own personalized bedrooms (the way Gardner Campbell refers to the way students decorate their school lockers).

I certainly had fun in this day. Hope others got something out of it. And Mark Nichols looks good sporting the Navajo charm I am giving my hosts 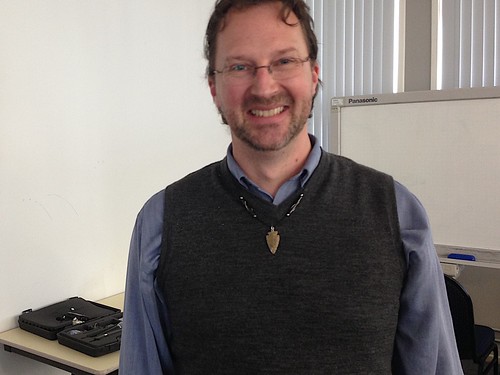 Not much rest for this dog, I had Day 2 in Wellington coming up the next day. To be blogged….