@cogdog can a server for 12$ per year handle #ccourses data/traffic? http://t.co/lGs4P77NtP

I continue to recommend Reclaim Hosting and I am not getting any kickback. They already host ds106 which has over 34,000 syndicated posts from some 1000+ blogs since 2010. Also hosted there is Project Community a course that has run the last 3 years via a syndication model; in 2014 we had over 80 tumblr blogs feeding into it.

But the number of blogs is not the key factor.

Certainly not explainable in 140 characters. Or maybe 1400. Or… There are a lot of factors that roll into this, and anyone that can suggest a number is most likely arm waving. Making ______ up. Smoke blowing.

I’m but a lowly Blog Talk garage mechanic. Maybe our cousin Earl can be more definitive, he machines his own parts from crap. But he’s in prison. Or so they say.

So here is a loosely construed guide to web hosting based not really on deep technical expertise with servers.

Most low cost web hosting, the stuff that is a few bucks a year, is shared hosting. That means your site shares a server with many other sites. You never know how many.

It’s kind of like going for the cheap motel. I do this a lot, with low expectations. But once checked in, your room’s amount/quality of hot water or air conditioning or wireless internet really hinges on what everyone in the hotel is doing. Fully booked with busloads of kids on a school holiday? Or off season haunted hallways? If everyone takes a hot shower at the same time… well you might be shaking your fist under a cold stream. Their infrastructure is worn and/or old and patched at the lowest cost possible.

Cheap shared web hosting is sometimes like a cheap hotel.

An old saying- you don’t get what you didn’t pay for.

What factors into a web server’s performance? It’s not necessarily the amount of stuff on the server. It’s really how much is being requested at a single point in time. In most cases, you do not have like 1000 people clicking the same link at the same time; it gets spread out over time.

And just a number of syndicated sites does not get at the performance of the site. How many people are looking at the main site? What else are you running on it? How many 100 plugins have you lopped on there?

With WordPress, the biggest bottleneck is transactions with the database. Each page request may include 10, 20, 40 separate database queries. It happens amazingly quick, but many requests at the same time is what overloads servers. Other factors are similar to the performance of your computer, the speed of the hard disk to be read for data, and the amount of RAM running the thing.

Even with hundreds of blogs to check, it might not be a killer for a site running Feed WordPress. It does send a request to each site no more than once an hour, but it spreads those requests out, so it’s not checking all sites at once.

The “traffic” volume is not the concern. The data it is transmitting is relatively small. When Feed WordPress syndicates a post from your site, all it is transferring is the text for the HTML that makes up the page, likely just a few k of data. It’s a puny amount. If anything might hit performance it’s the adding of that to the database.

I do not have nuts and bolts metrics, but the data transfer amount is very low. But if it is having to labor in the basement of a busy cheap hotel where the customers are all banging on the pipes together…

Until cloud computing became widespread, many shared hosts were on physical servers running in giant warehouses. Many might still be. But if you are looking at a hosting package, I might aim more towards a cloud hosted service, especially one that offers a VPS virtual private server. These are plans where you have options to up the horsepower of your site as needed.

For my paying web design clients, I have been very happy with A Small Orange Their VPS plans give you flexibility to start small, and add more as your site grows. It’s like being able to instantly move to a better hotel room.

You can explore a number of strategies to optimize a WordPress syndicated hub’s performance. Using a caching plugin can help by reducing database requests. Setting up a free Cloudflare account spreads the requests for your site in an more efficient way.

It is by no means as simple as “Can I run a site syndicating _____ number” of feeds.

I know this does really provide a satisfactory answer. If you are shopping web hosts, do not let the monthly cost be the significant answer. Service is important. Ease of set up and migration. Flexibility of plans to switch as needed. Ratings by customers.

I feel very confident that for most syndicated course needs you will have no trouble running it on Reclaim Hosting’s Instructor plan. If it gets to be a problem you will hear from the hotel manager. 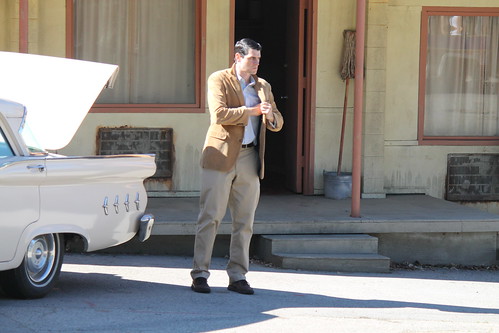 And way friendlier than Norman.