Much as he may disavow my assertion (ask him about the one in Flagstaff a few years ago), Brian Lamb and I getting together for presenting is always a peak experience, usually peaking soon before it happens.

For the UdG Agora face to face sessions last month in Guadalajara, Tannis Morgan asked us to do “something” as a main session on Openness, as this was one of the pillars of the project. We knew the one we did in Victoria in March for BC Campus was not quite the right thing (especially w/o our twitter performance which went a bit off the rails).

We’ve done much individually and together on the topic or a while, so I was not worried that we had nary a plan before we went to Mexico.

There was also no plan by Thursday of the first week, and we were slated to do it the next day. We had talked/speculate at we might not want to start with the assumptions on attitudes and awareness of open sharing, re-use that we know from our usual North American audiences.

It was on the ride back from the CUAAD campus in a car with Nancy White, that her typical magical force happened: 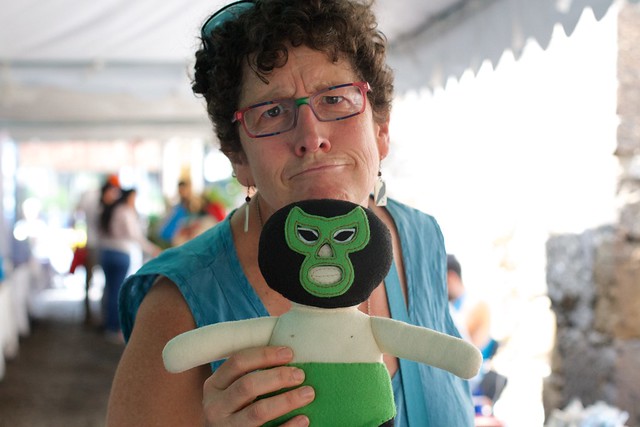 Of course what she said seems to have faded, but it really gelled the idea- that rather we try to explain the ideas of openness, that it becomes more of a questioning our our own assumptions; and that we look to use small examples if things that the participants had done that week that demonstrate its spirit in action (I may have actually been dozing on the ride home, but Brian got the spark).

He banged out an outline that night as we sat on the veranda at Villa Ganz.

And that was the setting for a bit of drama inn our session;; we literal play acted for the audience “twelve hours ago in a dark hotel lobby”. We acted like we were trying to organize the very presentation we were doing. I would do a bit of overview of my usual stuff (True Stories of Open Sharing) and Brian talks some about one of his favorite examples, the Jon Beasley Murray Murder Mayhem Madness Wikipedia writing story.

We in fact talk about these as if we were conversing. Then we stop and say to each other “I don’t think this will work for this audience”.

Brian hams it up fine with his quizzical look! 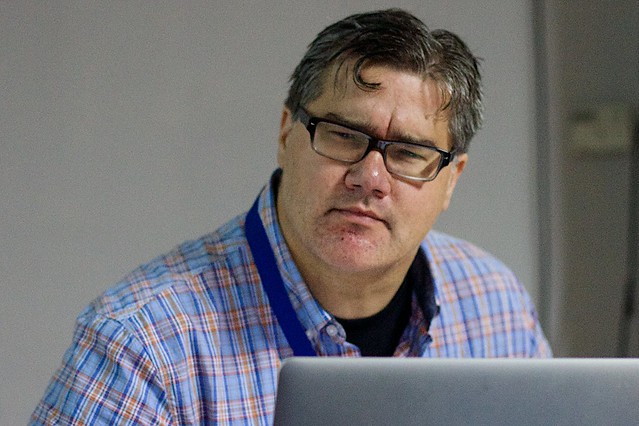 And then we break into a series of vignettes of examples we saw that weak, things openly created and shared by participants, informal connectivity, how the open internet participated in the activities that week. Plus some serious addressing of the concerns people described for us, unclear local support, how to integrate technology not readily available, and the looming issue of being evaluated.

Then we flash back to our own stories of how we first connected in 2003, of finding support from remote colleagues, even flashing the old photo of us with D’Arcy Norman in Vancouver at 2004 (oh they loved the old photo!)

And we return to images of what we saw that week, how every time we looked at our participants, the way the were nearly always working collaboratively, laughing, showing their work. The question we want them to leave with is how can we sustain or develop this same sense of being together we had face to face when we move to the online sessions.

I don’t want to gloat much, but the energy in the room was strong when we moved to a conversational mode, even with us doing this in English. Does the spirit of openness come across even when not all the words do? I’d like to think so.

It was a joy to put this together- Brian and I both co-assembled the images as a Google Docs presentation thing, and in the morning, I downloaded it as Powerpoint (in case of internet hiccups) to project. Both of them are embedded below (we used media and stories from each week of the activities, to showcase people who were in the room).

I have an audio recording of the second version:

I have admitted and demonstrated my ignorance many times on the internet. @brlamb @cogdog #udgagora Yes! pic.twitter.com/RBU1GCRxAT

It’s hard to top working with Brian, it’s sheer excitement every time we plot something off kilter. My favorite mode of presenting has a bit of theatrics to it, and Brian is always willing to play (or provide the foil hats) 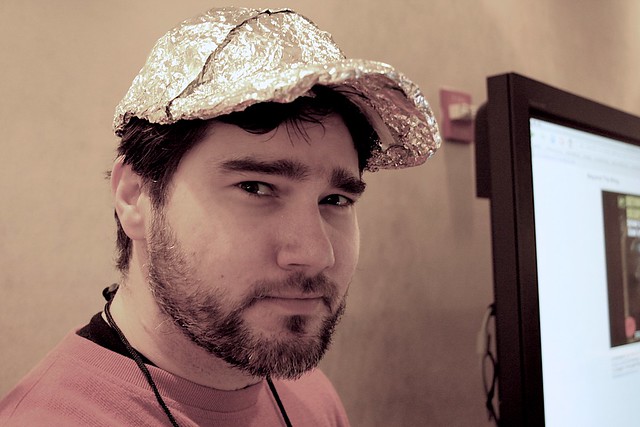 Our audience provided their own photos as well

A lot of interesting things in the last day #udgagora with @cogdog and @brlamb pic.twitter.com/qsaPcC1wSd

Also, Brian storified a bunch of twitter responses to his question about the Value of Openness