I should have posted these photos a while ago. On the last day of each week of the face to face activities for UdG Agora we asked people to assemble on the lawn outside the CUAAD campus classrooms we used for our sessions.

It worked our well because I went two floors higher and was able to get the large group in one photo using the wide angle setting on my zoom lens. Some folks snagged my photo too (I love how the folks here think of this)

Here are the original photos: 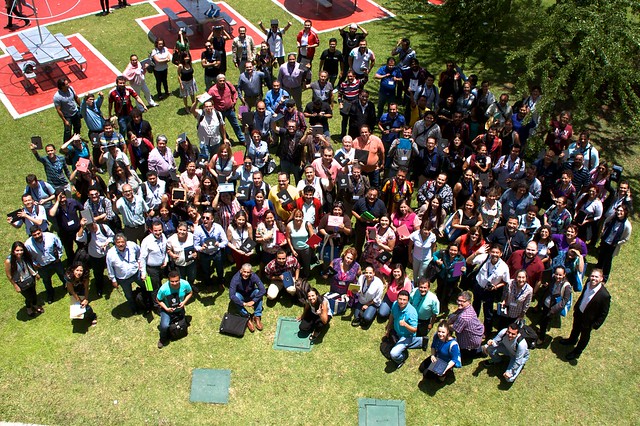 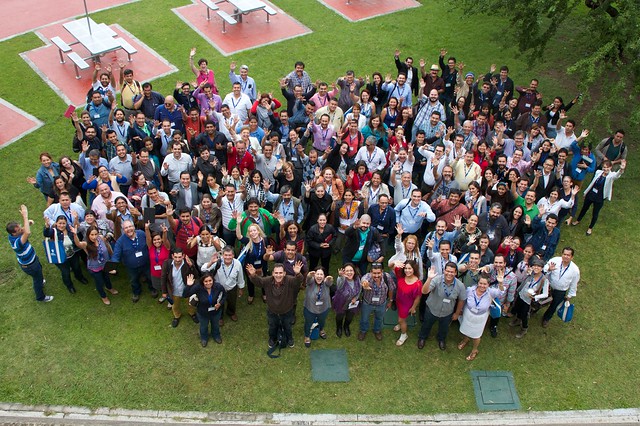 Just for fun (my own kind of amusement) I pulled them into PhotoShop to make the animated GIF shown above. I had to do some tricks to line them up (using the red patio brick areas as a marker), and I had to clone brush some areas to fill on.

There you go, your official group photos, suitable for framing or wrapping fish.