This is a story of near invisible amounts of satisfaction that are not insignificant. Dare I not insert more half double negatives?

It makes sense, I think, to people who “code” in that are in the fuzzy netherland between having surfed through some series of tutorials because People On Medium Say Everyone Should Code and Super Programming Jockeys Who Dream in C#.

It’s when you have this nagging awareness that something you wrote is not quite as good as it should be, and then you somehow manage to achieve it as a feature that Almost No One Notices.

Maybe it’s like playing the most beautiful cello concerto sitting in an abandoned underpass.

But for me the satisfaction is enhanced orders of magnitude when I get an assist form someone else sharing an idea- not handing me a cut and paste and insert answer, but enough of an assist that I can muscle me way to the top of the wall.

Six paragraphs in and I am still tossing metaphors.

Part of what I am proud of with the new version of the ds106 Daily Create, built off of the work I did earlier this year on the UdG Agora Daily Try is the idea we can track and organize individual actions via their twitter name.

Because every response to a Daily Blank is a tweet, we know who it came from. And it means my code can add a tag (or technically a custom taxonomy term) that is their twitter user name. AND I can use a built on WordPress function to query for all the responses that have a twitter name as a tag/term, and even sort it based on the number of times it happened.

It enables a leaderboard to be part of the sites. 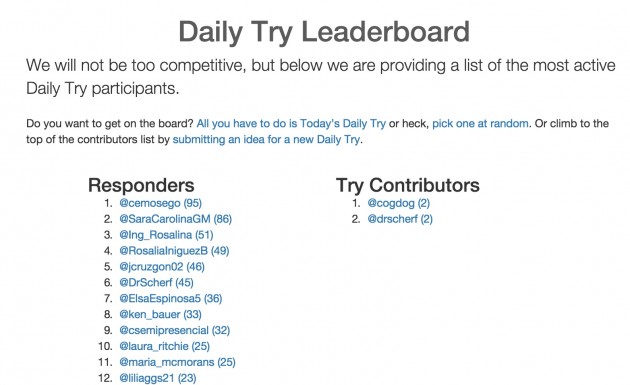 I was excited to figure this out because when we started the UdG Agora Project there was some discussion about a wish for something akin to badging or showing activity within the sites. All the ways that is done requires people making accounts on the site.

With the activity coming in via twitter, we know who each participant is, so we do not need another layer of identification. Win.

Here comes the little nagging about the way it works. I use the get_terms or get_tags wordpress functions which lets me tell it to order the leaderboard by the count of times a tag/term occurs and list in descending order.

The “problem” is for a count of say, 2, the order within that as not sorted, the names were there probably in the order they were first used, so the listed order really was not an order 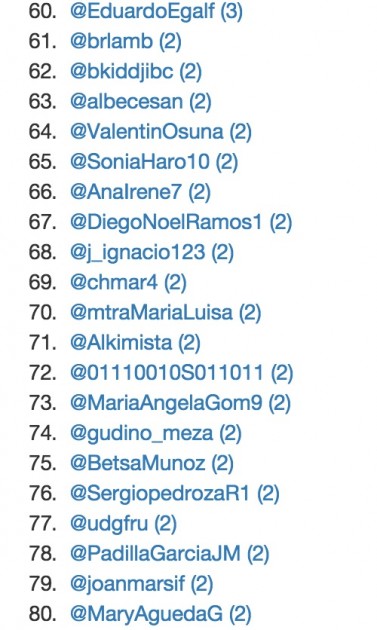 It totally matters to know one, but seeing the names were not sorted in any matter… bothered me. I know that in a mySQL query, you can have multiple columns to sort on, say the count first and then after than, by name. But putting in multiple orderby valus in the function call broke everything.

For me, a key point of coding is knowing When To Stop and Ask Someone Else. So I posted a question on the WordPress.org forums. I got a response in 3 dates from “bcworks”.

I could see it changed the order, but now the leaderboard was sorted with the lowest number at the top! I fiddled with about 10 different iterations, but none worked as I expected. So today, I posted a “thanks but it did not work” message. IN a few hours, Igor Benic gave me another suggestion and BOOM! IT works! 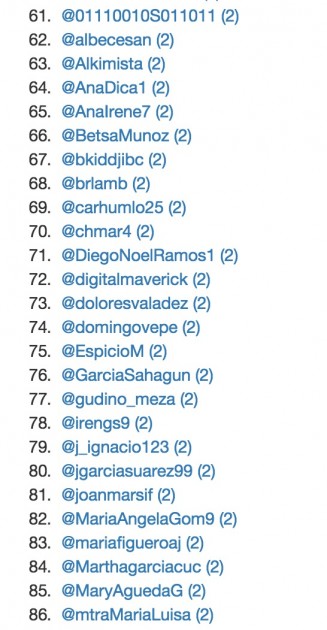 Compare those lists. I bet 99.4536% of visitors to the site will not know the difference. But speaking for the other .5464% that it makes me ecstatic to not only “fix” something, but to get that fix from colleagues I do not know at all.

Please in doing this, I learned of a way to “hook” into WordPress that I had not know of earlier.

I still cannot help but compare this free, open sharing of ideas, some which work, some which don’t, to this purported landscape where we should microcharge for everything shared.

I find that perverse.

Because it moves us from an ecosystem if knowledge creation / knowledge sharing to one of knowledge commodification.

I guess I will never be a millionaire for selling lesson plans.

I can sleep well at night knowing my lack of any kind of “prenuership”.

Top / Featured image Credit: Creative Commons image from Wikimedia Commons. I wish I kept some of my cards from high school.