It’s less than an hour away from 2016. It took a bit longer than I hoped to finalize my flickr album of daily photos from this year. This makes the eighth year in a row of a habit of taking photos each day and choosing one to be my “photo of the day” 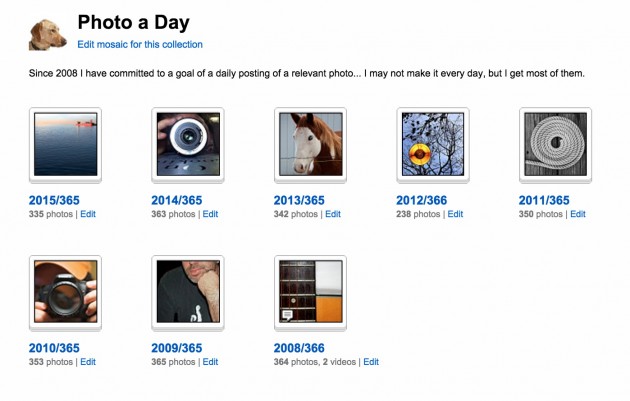 This goes back to 2007 when I followed D’Arcy Norman’s first effort at doing this, and when he said he had accomplished what he hoped for at the end of the year, he tweeted about questioning if he would do this again (sadly his tweet was lost when he nuked his twitter account). My response was- I will if you will:

So for 2008 I planned my first 365 photos year. D’Arcy and I created a group in flickr https://www.flickr.com/groups/366photos/ Ironically the URL indicates that it was a leap year and that we really did not think much beyond 2008. I think we had about 50 others join the group.

And so each year since, I have reset the title of the group, made my own new flickr album (formerly known as sets) and rolled it over. D’Arcy went his own way with moving his photos to his own site. Where the photos are matters little. It’s a personal challenge. The flickr group, with some 1300 members and over 177,000 shared photos, pretty much idles along, not much action in the discussion area.

Is it a group? Community? Just a loose mob? or what? It matters not.

There was some twitter banter a few days ago with Mark Oehlert asking about the motivation to do this thing.

@cogdog @dlnorman @shareski ok. I take a lot of pictures & I've tried the 365, where do U get the motivation/inspiration on a daily basis?

I have to agree with D’Arcy, its become so much of my daily habit that I cannot imagine not getting up and going outside with the camera.

Yes there are times when you wonder if you can find another interesting photo in your own yard. Or when you are traveling or busy with projects and maybe all you have done is a photo of your breakfast.

There was a period maybe around 2010, 2011 when I felt some motivation fatigue. And that is when I found out about the Daily Shoot (web archive link). Created by a pair of professional photographers, each day the web site would create a challenge, like “Use a downward angle” or “photograph intersecting lines” or “Make a photo dominated by blue”: 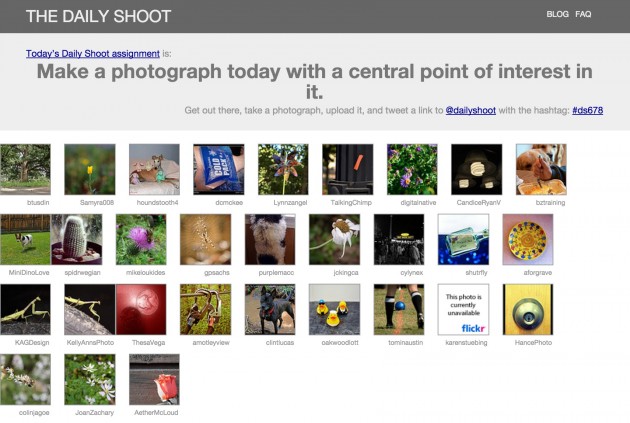 The way you would respond is to tweet to their account @dailyshoot and include a hash tag unique for that assignment.

Photography is an art and a craft. Getting better at both requires practice—lots of practice. The Daily Shoot is a simple daily routine to motivate and inspire you to practice your photography, and share your results! It’s not a contest and there are no prizes. It’s simply about encouraging you to pick up your camera and make photographs.

This really changed things for me. Rather than just trying to find something interesting on my own, the Daily Shoot gave some amount of aspect of photography to explore.

This story may be old around here, but we began having ds106 students take on these challenges when we started with the visual / camera activities. It served us very well, until October of 2011 when the people that ran the site… stopped.

And thus the DS106 Daily Create was born and in August this year, I moved it to a newer site that operated much like the Daily Shoot, where the way you respond is via twitter.

The thing about a Daily Photo project or doing Daily Creates are that there are no rules enforced. There are no expectations that you will do them all. It’s all on you to find the motivation to keep going, but at least there is some comfort, maybe, in knowing others are doing the same in parallel.

As mentioned in a recent post on Polaroids and metaphors, I described what this daily habit does for me. Working with my photos is the highlight of my day, and I will stay up til stupid hours getting them moved to flickr.

I cannot tell you why this works for me or how to find your own motivation. I get my own reward in trying new things, experimentation. Three of my photos this year got selected for Flickr Explore, that’s a nice feather: 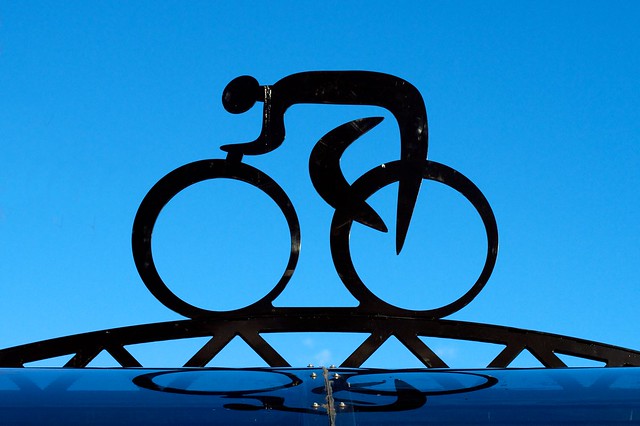 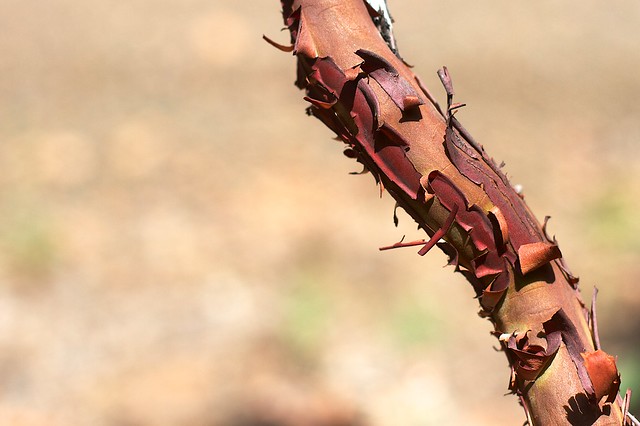 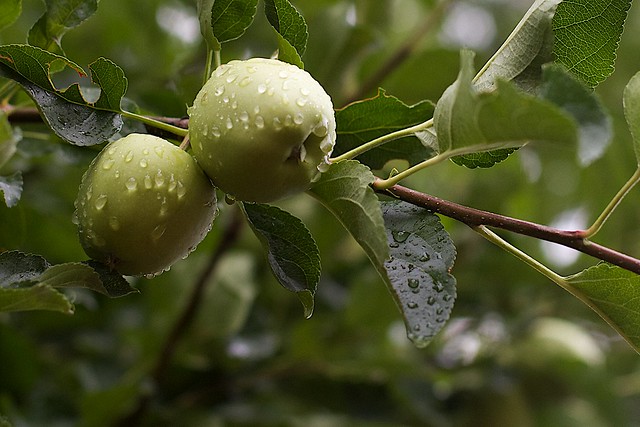 I felt the Sky Rider image was a good one, but I think I have more in the hopper that are better than the others, but I am not one to get picky with good recognition. I do post my personal favorites to my Barking Dog site. A few of them I put in a special category when I write a longer blog post a Inside the Photo category 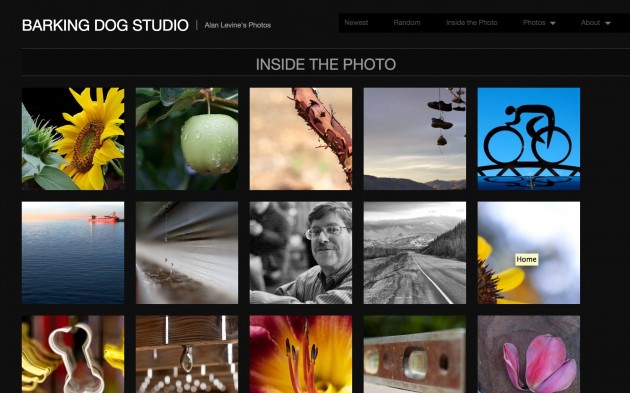 (these posts in turn are syndicated back to this site with Feed WordPress). Learn more how the barkingdog does its magic.

My method is to work through my photos in Aperture, and when I do my daily uploads, I pick one as the daily photo. I name them with 2015/365/N in the title where N is the number of the day, so I can later make sure I have one per day. I add them as well to a specific flickr album, to the 365/Photos Group, and attach a tag like 2015365.

I give descriptive titles to all photos and captions as well. What happens 3 years down the road when you have 25 photos taken on a trip to New York City, and the only information you have about them are titles like IMG_8765.JPG?

Adding information to my photos is the extra obsession atop the pie.

It’s far from perfect. Or rather I am far from perfect. When I looked at my set tonight, I had only 328 photos. So I had to go through the album, find the days I had missed, and fill them in. There were days I just did not name them or put them in the album, but I did take photos every single day of 2015.

More than that, I lose how many times my photographic archive in flickr, with dates and captions, help me know what I was doing, where I was doing, who I was with. Sure I let Facebook tell me what my yearly highlights are or stuff them into an instagram 9 image grid.

That’s not what I do. The daily habit is not about the photos or getting some perfect score, it is a mindful practice (for me) from which the effort gives me value I probably cannot not describe in words. And I have no expectation others would want or should be doing this kind of activity.

This is my Curly’s Law, their one thing is on them to figure out. 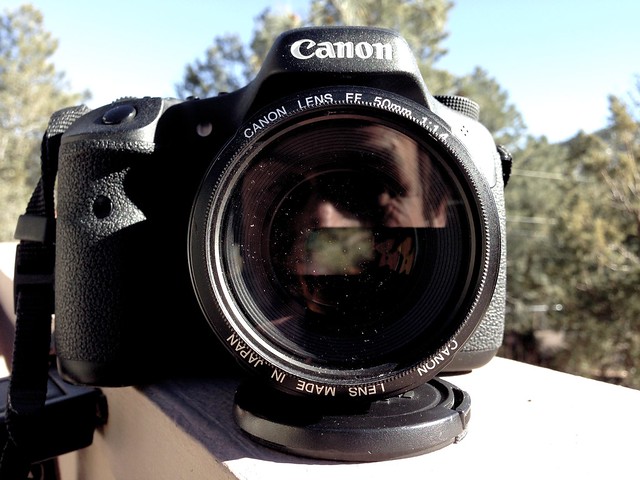 I know what I will be doing tomorrow (or today now) January 1, 2016. I will update the flickr group, make a new album, go outside with my camera, take a batch of photos, and tomorrow night will upload a photo with 2016/365/1 in the title.

I cannot not do it.