It’s quite a nice thing to find out when someone uses one of my photos of them as their twitter, or Facebook images, or in a blog header. I started trying to keep track of them in a flickr set, only to vainly bleat out my own thin ego brag *(ha)*.

Of course, some change their avatar as often as they change their… well but not mention undergarments. But being a stream state, it’s not really preserved. So it was with Brett Gaylor, who used a photo I took of him at Mozfest for maybe a few weeks in twitter. D’Arcy Norman changes like every odd numbered day, but I did spot him for a while using a photo I took of him playing peace music on a guitar. 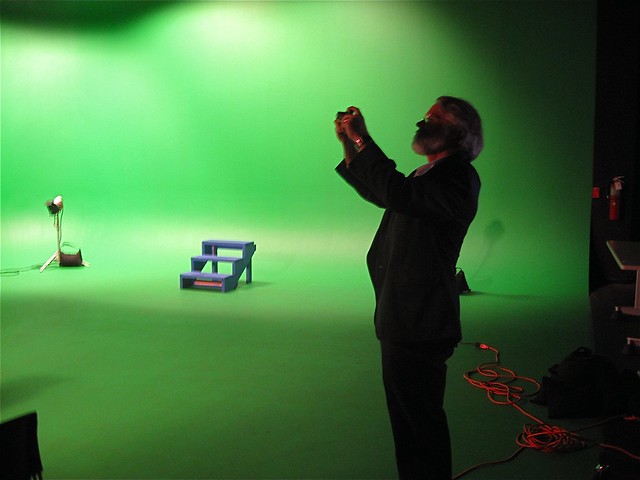 Then there is Phil Long, who uses this photo from 2009 still as his Twitter avatar (@RadHertz). That was when I was still with NMC, we were doing a tour of Full Sail University.

I don’t think I’ve seen Phil sporting another one. Maybe he just forgot. Then again, I see people still sporting the ones they stained green from the Iran Elections in 2009 (the domain for the site that made this happens is gone! http://helpiranelection.com/). 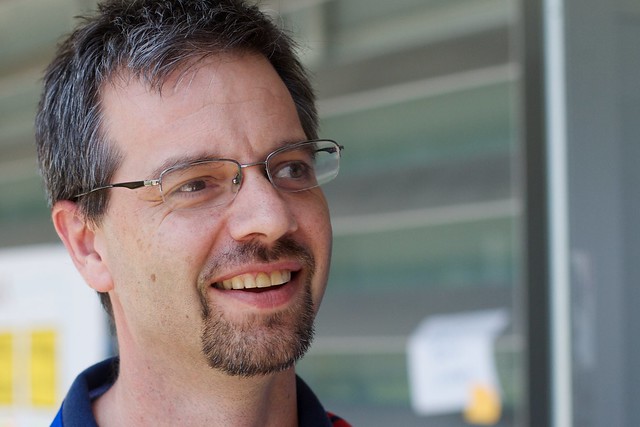 Ken Bauer uses this photo for his twitter avatar taken last summer at our UDG Agora workshops (and he has another one as his profile background, geez Ken you are making me blush). I honestly think this photo is more True Ken, but hey, it’s his avatar: 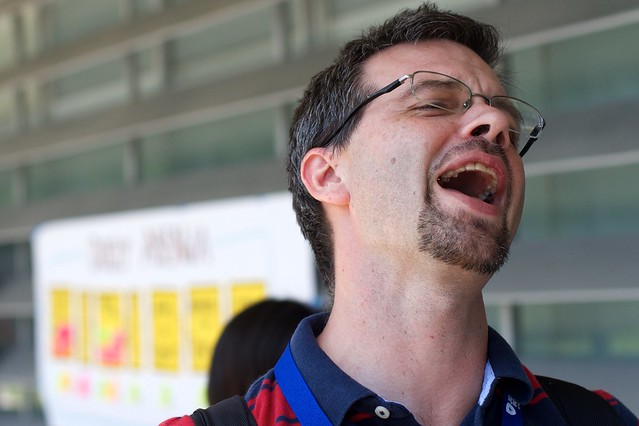 And I just noticed tonight that Kevin Morooney, whom I have known since 9th Grade Biology with Mr Murray (hey, who left the jars open on the fruit flies… hee hee hee), uses this photo I took in 2011 as his Twitter avatar: 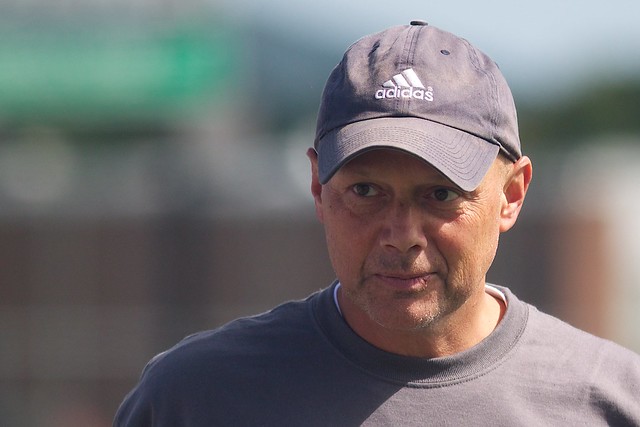 It is a memorable photo because when I visited Kevin in 2011 I got to see first hand what his passion was for 20+ years, coaching a high school girls soccer teacm. I know the camera click is one moment, but I see in Kevin’s face the intensity I have known in him such a long time, and a sense of what he brought to his coaching. I saw it in action.

There are snapshots, there are pictures, and sometimes you get luck to get a portrait.

But my favorite, favorite, is maybe one of my luckiest portrait photos ever. And because Audrey Watters is publishing everywhere these days, I could not be prouder that she uses this photo I took at a meeting at UMW in 2013: 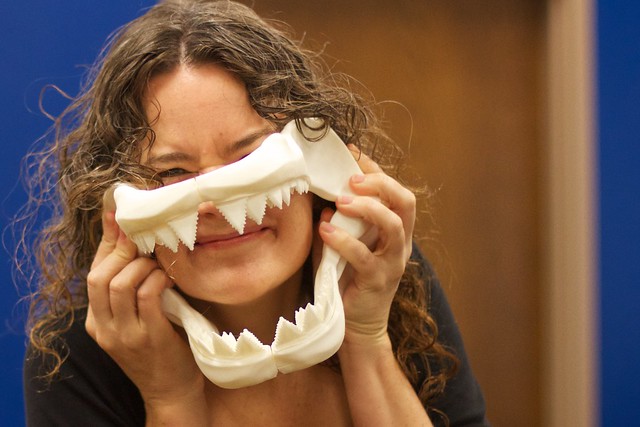 I remember it was just before our meeting started in the UMW ThinkLab, the makerspace I hope is still there in the library. We had some fun looking at the 3D printed shark jaw that Tim Owens had made, fun mainly because of Jim Groom’s SharkLove.

Audrey picked up the jaws and playfully held it up to her face. I took maybe 2 or 3 photos in less than 10 seconds, and had not even checked the settings. There are so many things I like about the photo- the playfulness, but also her wary eye peeking over the top, the shallow depth of field, the colors of the blue wall and door in the background which set off a subtle contrast with her skin tone… Okay, stop gushing over your own damned photo, Alan.

But I like even more how much Audrey likes it.

And there is one more fun fact I just learned. I had tuned in early last week for Bryan Alexander’s new FTTE Future Trends live video thing, spotted same photo displayed, and again, expressed gratitude that Audrey still uses it.

And here it is- she told me that every time someone has applied facial recognition to that photo, it has failed to identify her or even a face (I think that’s what she said). So it’s not only a fun photo, it’s a bit of identity obfuscation.

If you want your photo taken behind a 3D printed shark jaw… let me know.

Top / Featured Image: Screen shot of my flickr set of Social Media Avatars. Since all photos are licensed creative commons BY-Attribution, does that means a screenshot of same carries the same licenses? Those who pick over such details could spend weeks debating. I just shrug.