I must do it for torture, I have no idea why a few days ago I was reading another one of those Medium blarge pieces about “Top 10 Reasons I Write” or “8 Powerful Lessons for Writers” or whatever. This person was writing about daily writing, which I think is good. They had this bit about not only turning off comments (which I know people do sometimes when spam or worse goes over the livable level), but not even being interested in wanting to see what people had to say.

So I give everyone their choice to make such rules; I have no desire to impose my way on anyone else.

Yet, woah, are they ever closing the door on some magic serendipity sauce.

I do not write to get them, but are they ever a nice bonus when they happen.

I have two stories from surprises in comments this week… these are both comments on photos in flickr. Comments there are way less spammy than blogs, maybe in its last gasps Yahoo is more diligent or the spam jerks don’t bother with flickr, or maybe photographers are more inclined to give comments?? Pick a theory, I do not care.

The first is on a photo I took of a sign in Cameron Arizona in May 2011. This spot is the route out of the Eastern entrance to the Grand Canyon; this was a trip to the Big Ditch for Jim Groom, who visited a few days here. 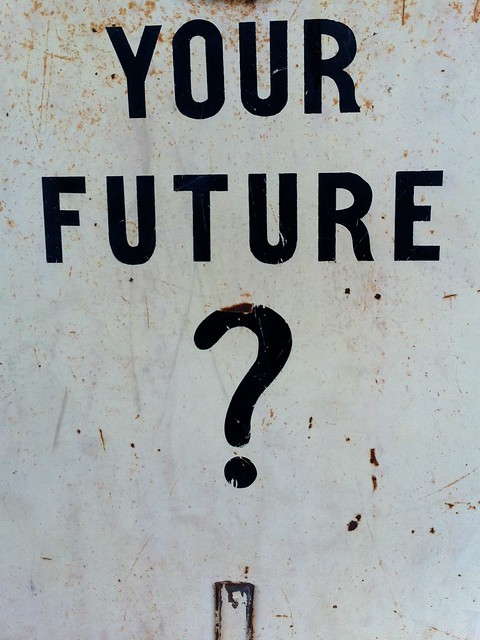 Again this photo, almost 5 years old, gets a comment this week from Derek:

Great pix. I used this in one of my latest collages, hope you like

It sure is an interesting collage, made for a song called “Kids Don’t Know Shit no.30”, by Islands from the album Arm’s Way. I like how Derek provides attribution for all images he used.

Derek’s caption also mentions “My 365 art project, where I create a year’s worth [yep, 365] of digital collages, with indie songs as my subject.” Check out his project, he is 175 days/songs into doing a collage each day for an Indie group’s music.

Isn’t “amazing” too subtle a word for this? I found out about Derek’s work via something as simple and kind as a thank you comment.

The second comment story came today on even an older photo, this one of the kiss shaped snow nodules is from March of 2016… 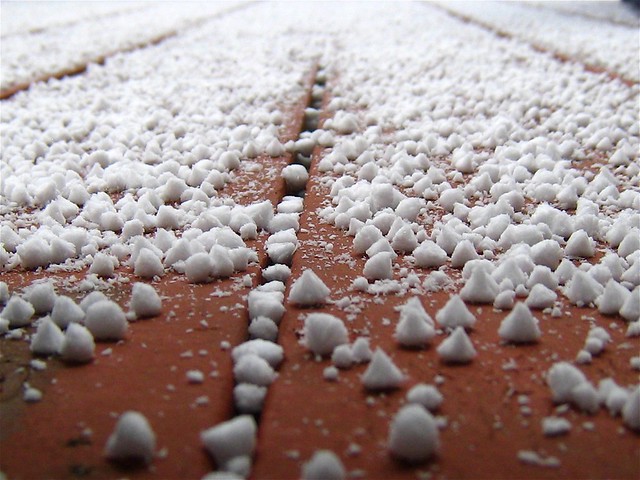 Just a few years late, but I had to comment!

These little cones are formed when snowflakes accumulate “rime” (little frozen droplets) as they fall. If the flake accumulates enough rime it can form this cons shape. It forms a cone, because of how it is falling.

Cheers indeed! Someone out of the blue, finds an 8 year old photo and just jumps in with a scientific explanation. 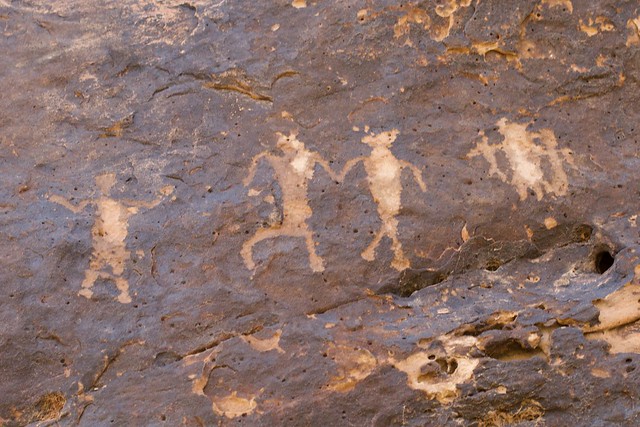 This is the little stuff of kindness, curiosity, appreciation that to me, makes all this stuff worthy and keeps it from being a poop bath of people just trying to boost their views/likes on medium or whatever.

Now go out there and give some stranger a nice comment!

Top / Featured Image: I went directly to my own flickr photos, searching on “conversation”. I had a few to choose from, but I always enjoy the photo of friends / colleagues Peter Samis and Nick Noakes deep in conversation during a photo walk at Point Lobos in 2009.

Yep. My flickr photo https://flickr.com/photos/cogdog/3615470695 shared under a Creative Commons (BY) license