Such disappointment, as promised.

Earlier this month I stayed up late one night to catch Josie Fraser’s keynote at the 2016 ALT-C Conference; you know it’s going to be a good talk when it’s Josie, but even better when it’s got a title like “In the Valley of the Trolls”

I would watch it if I were you (Sadly I missed being on the even later in the wee hours Virtually Connecting session; #alarmclockfail).

In her intro, Josie said that in keeping in line with the conference theme of play and games, she had a “little game”– in one of her slides would be an image from an “obscure” movie. The first person to tweet the correct movie would win a “very small disappointing prize”.

How could anyone resist that? I’m game.

It was not too hard to spot the image… OMG A SCARY DOLL! 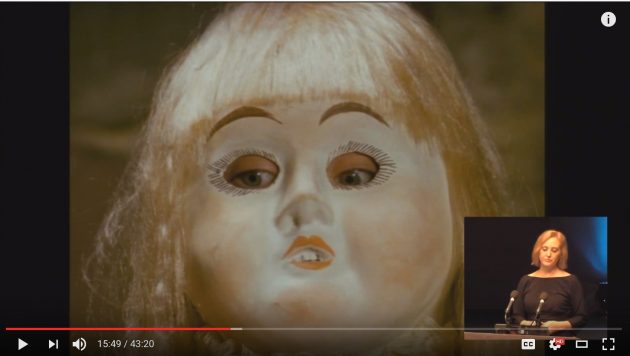 That has to be the image from an “obscure movie”

Now I have no inside knowledge of obscure movies… but I was able to grab a screen shot, run a reverse image search, and hit the movie!

And indeed, I was deemed a WINNER!

I did admit to the Prize Committee that I had looked it up, that I really did not know the movie at all… but they are very proper people:

So the “disappointing” prize was on its way. For some reason I had in mind an old fruitcake, but when I got my mail today, the shape was a mystery to me and Felix.

My disappointing #altc prize from @josiefraser arrived from UK today. Felix said it was oddest shaped fruitcake ever pic.twitter.com/XdGFMkh1tX

Sorry Josie, I am not disappointed at the disappointing prize! 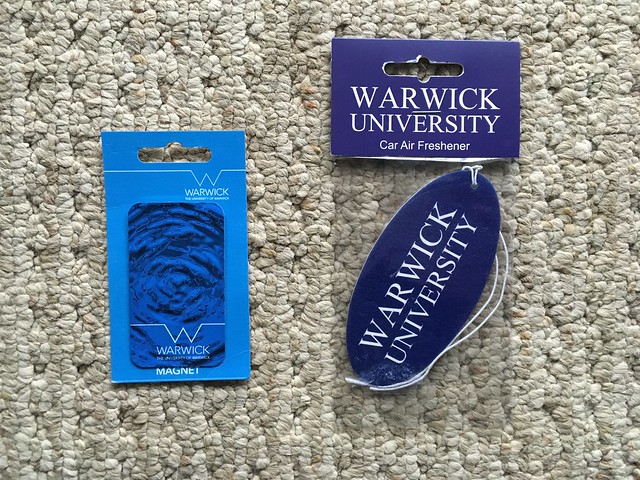 A Warwick University magnet AND a car freshener? How un-disappointing is that?

All in good fun, Josie, thanks for doing things your unique style.

I cannot wait to hang the Warwick freshener in the Red Dog truck… so un-disappointingly undisappointed!

Top / Featured Image: CC0 Licensed Image from Pixabay with an overlay of the avatar image of @josiefraser (I got to use my own avatar over easy tool, yay!)