This one issue 2016 comic novel has zero value, it will be lost behind the couch, forgotten, and tossed into the recycling bin.

We have had enough of mythical creatures, right? Enough? What is El Orange Chupacabra? Check WikiFibia: 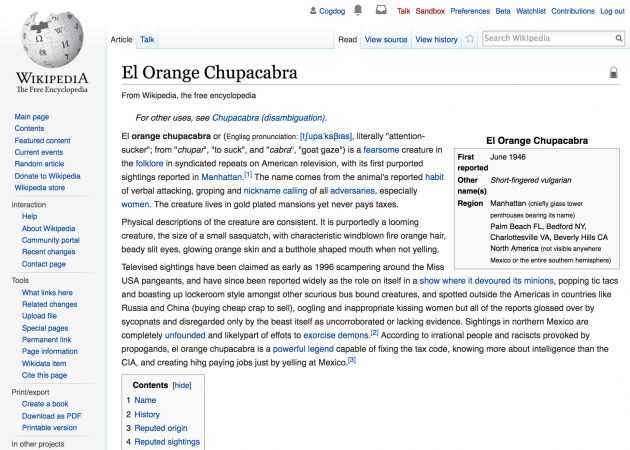 El orange chupacabra or (English pronunciation: [t?upa?ka??as], literally “attention-sucker”; from “chupar”, “to suck”, and “cabra”, “goat gaze”) is a fearsome creature in the folklore in syndicated repeats on American television, with its first purported sightings reported in Manhattan.[1] The name comes from the animal’s reported habit of verbal attacking, groping and nickname calling of all adversaries, especially women. The creature lives in gold plated mansions yet never pays taxes.

Like many Americans, when El Orange Chupacabra rose to run in the Republican primaries, I felt assured the Grand Old Party (hello Lincoln? Heck even Reagan) would discard of this creature. Surely they would summon a candidate of the caliber to run this country (and I wont stop calling them Shirley).

But oddly, it’s power grew, it consumed more and more attention, casting spells of demise, disaster. And people bought it up. I waited for America to wake up. A monster was on the loose. 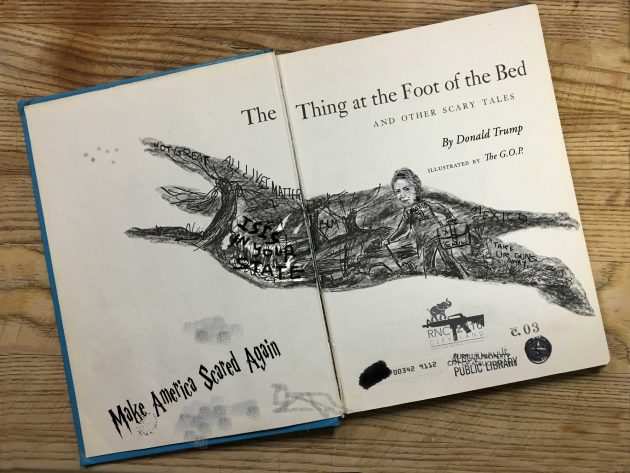 They did not wake up. The national conventions said, This Shit is Real. Struggling to make sense of this, I turned to my only reliable form of expression and sensemaking — mocking.

The name chupacabra jumped out at me, not because of my command of Spanish, but because when I was in Puerto Rico in February, I got the full details of this legendary local monster:

Only on my last days in Puerto Rico am I told about the legendary Chupacabra https://t.co/0Saivv2V6M

And thus my comic cover mashup happened. Someone later correct me on my mal Spanish (which I lifted from an hombred named “ElBloombito”) but I think it’s better as Spanglish. It fits the creature. 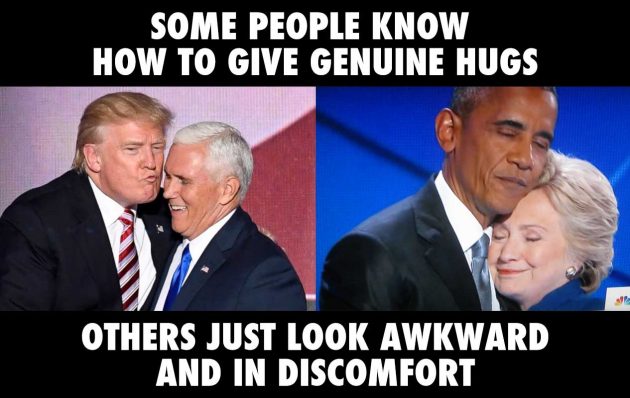 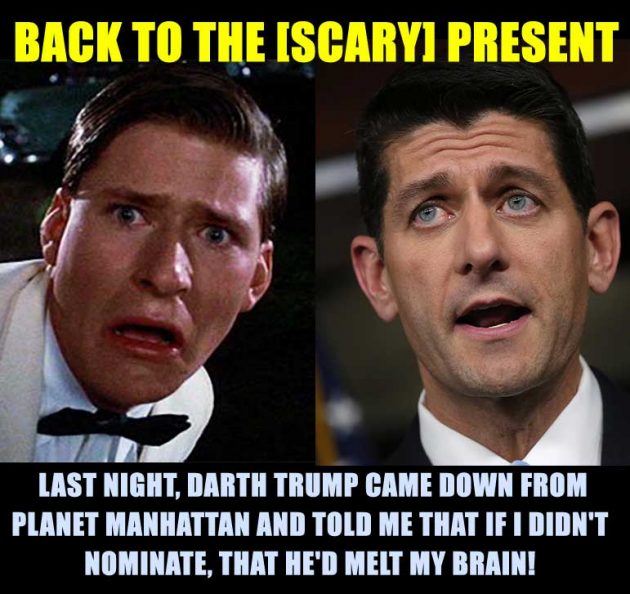 I was so inspired by the grace, beauty, strength, and sheer Presidential power of a speech at the Democratic National Convention– by Michelle Obama.

I learned something from her- she never mentioned the creature by name. She took the power he derives via twitter, Fox News, and beyond by how often his terrible name is mentioned.

I vowed to never utter its name again. And to speak his terrible thoughts in tweeted all caps.

CONSTITUTION? READ IT? WORDS? WHY? I SAW THE MOVIE ON THE CARTOON NETWORK!

I WILL YELL SO LOUDLY AT MEXICO THEY WILL BUILD A WALL SO THEY DONT HAVE TO HEAR ME.

ISIS IS UNDER YOUR BED!

I HATE READING FROM A TELEPROMPTER. IT MAKES ME SOUND SO SANE. WHO AM I? I'M PUTTING MYSELF TO SLEEP. STUPID ADVISORS. WHERE'S MY TACO BOWL?

IF FOR SOME CRAZY REASON I WIN THIS ELECTION, MY MASSIVE EGO WILL ABSORB ALL CREDIT. WHEN I LOSE I WILL BLAME EVERYTHING BUT ME #RIGGED

AS A MULTIBILLIONAIRE WITH SEVERAL LUXURY HOMES WHO REFUSES TO HINT AT HOW LITTLE TAX I PAY, ORDINARY AMERICANS CAN IDENTIFY WITH ME

A PIGEON JUST SHAT ON MY HEAD. OBAMA IS PRESIDENT. IT'S OBAMA'S FAULT I HAVE BIRD POOP ON MY HEAD. MAKE AMERICA POOP FREE AGAIN.

RUSSIA LIKES ME. PUTIN IS A FAN. DO YOU REALLY NEED MORE REASONS WHY I SHOULD BE PRESIDENT? 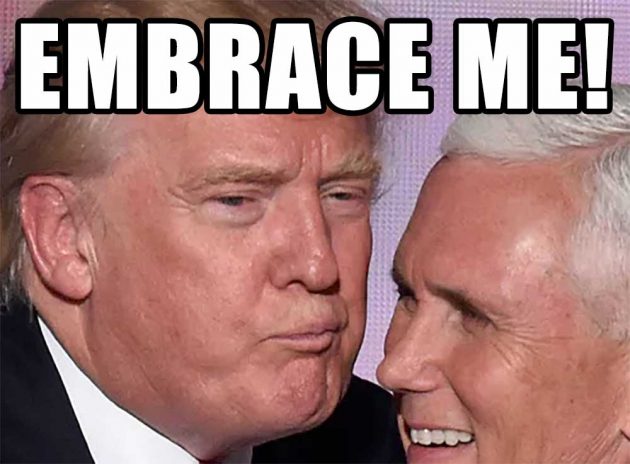 THE MORE I SHOOT (HAH) FROM THE LIP, THE DEEPER MY FEET GO IN MY MY MOUTH, SO DEEP I MAY EVENTUALLY DISAP—————-

I SEE FLAMES IN THE AUDIENCE. I POUR GAS. I FAN IT. SO WHAT? THEN I SHRUG AND SAY THATS NOT WHAT I MEANT. WORKS LIKE A CHARM. ON TV. 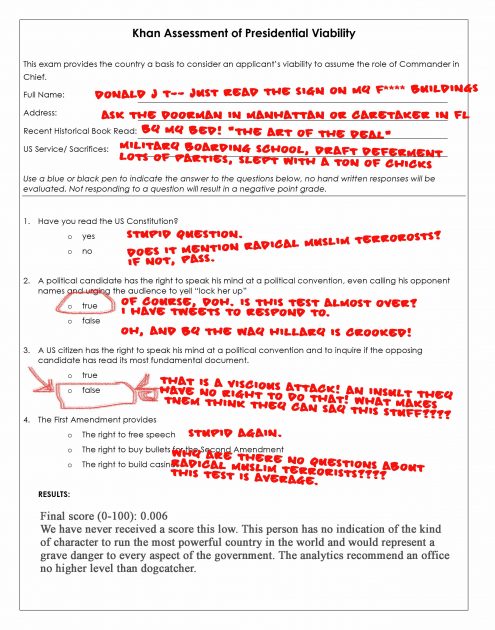 @paolobacigalupi There were a few typos pic.twitter.com/xTckxTUBsN

I HAVE STAMINA! I DONT NEED TO SLEEP! STAMINA! ME! I HAVE THE STAMINA. I AM SMART AND HAVE THE SMART STAMINA. https://t.co/qvKICswOYW

I AM SO SMART. SMART. LOOK HOW SMART I SMARTLY MAKE MYSELF APPEALING TO WOMEN PIGG— VOTERS. IF YOU'RE SMART YOU WANT A SMART PRESIDENT. 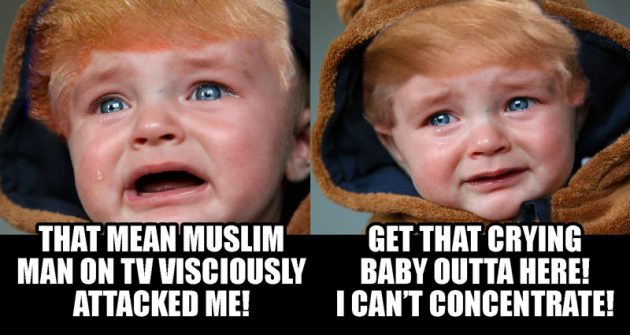 WHEN I COME OUT AHEAD, I TAKE ALL THE CREDIT. WHEN MY ASS GETS HANDED TO ME WITH A SHIMMY? IT WAS RIGGED. THATS WINNING EVEN WHEN I AM NOT.

"What will you do about race relations?"

"Will you accept the outcomes of the election?"

WE ARE LOSING JOBS TO MEXICO

I HAVE A WINNING TEMPERAMENT. I HAVE PROPERTY THERE. 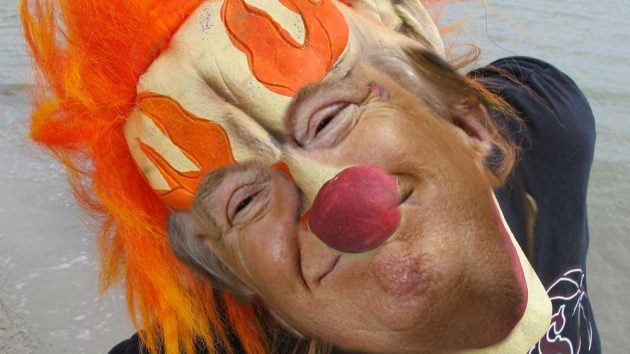 WE HAVE TO DO SOMETHING ABOUT THE CYBER. MY SON PLAYS VIDEO GAMES. FAT GUYS SITTING IN THEIR BEDROOM HACK. THE CYBER. THE CYBER.

BRIBING TWO ATTORNEY GENERALS IS NOT "CROOKED" ITS JUST DOING BUSINESS, WINNING. DID I SAY WINNING? WINNING. I AM A WINNER. WIN WIN WIN.

LETS MAKE AMERICA RACIST AND XENOPHOBIC AGAIN…OH IT ALREADY IS? LETS THROW SKITTLES OVER THE WALL!!!

HILARY CLINTON STARTED THIS. SHE PICKS HER NOSE AND EATS BOOGERS. I FINISH THEM BY HIDING THEM UNDER THE TABLE.

WE HAVE A DIVIDED COUNTRY

THE MAN HAS VERY STRONG CONTROL OVER A COUNTRY

LUCKILY THERE ARE NO TAX ACCOUNTANT REALITY SHOWS WHERE I MIGHT BE ASKED TO REVEAL A ONE PAGE SUMMARY OF THAT. #CLOSECALL

FOUR SCORE AND SEVEN HOURS AFTER LOSING THE ELECTION I WILL SUE THE WOMEN I GROPED… LIVE ON FACEBOOK TV. MEXICO WILL PAY FOR IT.

Woah, that’s more than enough, and likely not all of it. What have I achieved, accomplished? Nothing. Zip.

I know where I stand

Just in time for elections AND #opened16 pic.twitter.com/XOyViBlcm5

Seriously, I am with her. Even one of my trees I cut last summer is

I live in the heard of orange chupacabra countty. I have not seen a single Hillary campaign sign in my town, the next one, or the next one. The nearest might be 90 miles away.

But everybody who is “waiting for it to be over” are not being realistic. The divides that have surfaced in this so called democratic process, along class, race, ethnicity, economic are deeper and uglier than ever. While citizens of the same large country, we cannot get over our differences despite our similarities 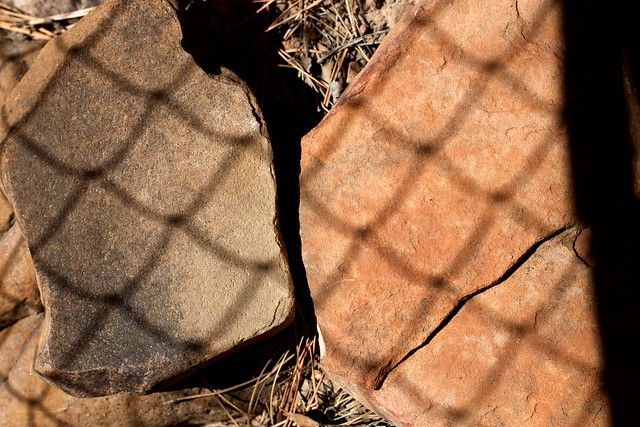 This is be no means over. While one side celebrates tonight, the anger, the frustration of the other side simmers even more. Whomever moves into the Whitehouse is going to be stymied by the partisans in the other building in Washington, DC that supposedly represent us. Both candidates, who live in the rarefied air of upper class elites, make this big appeal to the middle class. Fellow middle classers, when was the last time the government did something significant to help you? I am looking at Affordable Health Care costs going up 58% next year.

The divide is going to be deeper than ever, there is even a divide within each party- a recent This American Life podcast cut through to the reality of party division:

Oh, this shit is far from over. Even when El Orange Chupacabra retreats to its golden cave penthouse, the hate, the venom, left in its wake is going to be a long long stink that will be on us.

Top / Featured Image: My own remix of a photo I took of a comic I bought in Puerto Rico flickr photo https://flickr.com/photos/cogdog/25203472845 shared under a Creative Commons (BY) license and another photo that is likely not openly licensed. This is in the name of mocking satire and not rational voting person would believe it is real. Do you?