You get inside your car, turn the ignition switch, hopefully put on the safety belt, maybe turn on the radio or some kind of music player. The engine warms up. When you want to do, which gear to you put it in?

Within a few pages of Chapter 3 (“Ideas”) We Make the Road By Walking, I am highlighting the sections I bet almost everyone reading now is doing (the person who owned the book before be didit in yellow highlighter), quoting the same passages those who are blogging about it,

It seems odd that it comes under the heading “Is it possible to just teach biology?” where Horton and Freire advocate that teaching cannot be about meeting some competencies, outcomes, or minimal viable whatever.

MYLES: As soon as a started looking at that word neutral and what it meant, it became very obvious to me that there can ne no such thing as neutrality. It’s a code word for the existing system… Neutrality is just being what the system asks us to be. Neutralaity, in other words, was an immoral act.

PAULO: Neutrality. This is why neutrality is the best way for one to hide his or her choice, you see. If you are not interested in proclaiming your choices, then you have to say you are neutral. But if in being neutral, you are just hiding your choice because it seems to be possible to be neutral in the relationship between the oppressors and the oppressed, it’s absolutely. It’s the neutrality vis-à-vis this kind of relationship that works in favor of the dominant.
MYLES: Always.
PAULI: Then instead of saying I am with the dominant, I say I’m neutral.

/me looks in the mirror. Gulp

If you need a historical context, there was this recent thing called the “2016 US Presidential Elections” or if you live in the UK you have the thing which sounds like a kids cereal but is much worse.

And there is also the phenomena by which people are left to feel powerless, when they are neutralized. Numb. I bet that was a common feeling across this country November 9, 2016.

I’ll leave the discussion of purchased human data deployed in social media to others (“We have three major voter suppression operations under way”). Fake news. Post truth. A so-called “landslide” mandate is really one half of the half of the US Population that felt it was worth voting (the rest must have been neutral).

And look at the goliath of neutrality, Google— long gone is “do no evil” replaced by neutrality— “we just ignore evil, it’s not our place” (let’s put aside who’s advertising game provides the vast incentive for publishing fake news) (no, let’s not put it aside). Actually Google is not neutral when it comes to taking money for ads.

Machines, circuits, chemical reactions can be neutral. Inert things. It does not work for humans. Raise your hand if you are inert.

When driving down the highway, you may approach the scene of bad accident moved to the side of the road. Flashing lights. Twisted vehicle wreckage being pulled into a trailer. Bodies on the ground surrounded by uniformed personnel. Slowing down, inside the comfort of your car, purified cool air blowing in the vents, the conscious thought might be “Oh what a terrible thing” while the subconscious whispers, “I’m glad it’s not me.” Then you go on down the road.

I remember a family road trip for a vacation to Lake Powell, and a collision with a truck had us on the side of the road. There were fortunately no bodies on the ground, but one totaled car. I remember my resentment simmering in the summer heat at all those cars slowing down, pale faces turning slowly, and speeding on to their vacations.

How often in out culture are we looking out the safety of our windows at the car wreck of society, cruising in our neutrality, but that subconscious grinding “I’m thankful it’s not me”?

With the end of year self reflection, I am taking stock of my own large pile of neutrality. It ain’t pretty.

I am very certain what does not work, but gives us the impression that it does, is social media. It let’s us sit at home and think we are influencing people, but it’s a ruse.

An inspirational poster for your next activist message in social media (for me too). pic.twitter.com/E6dpHvu0Mi

It neutralizes us into a place where we devote much energy to something that has negligible impact. If it is designed this way, it’s diabolical genius.

You want something better as a guide? Spend some time with Indivisible: A Practical Guide for Resisting the T**** Agenda (I adamantly refuse to repeat the man’s name).

My bit of summary is take action locally, meaning “MoC” (Members of Congress), because when it comes down to it, they are very un-neutral; they operate specifically on doing things that will keep them getting re-elected.

Going back to Horton / Freire, a recurring theme is working with people via a lens of something that is insanely important to them. There’s a long list of issues I could be worried about, with the cabinet announcements more or less nominating billionaire foxes to be in charge of the henhouses.

But the one that matters to me right now is healthcare. This is a looming post in my head, the working title is “Don’t F*** with My Unaffordable Healthcare”. My “affordable” plan is going up 58% next year, benefits trimmed, and I have no reason to believe I will have access to a plan in 2018.

So I am taking notes on Indivisible and how I will get on the radar of my MoC:

I do have a twitter list of them set up to scan but it’s pretty much PR and posturing. McCain tweets a lot (or someone in his office does), Gosar is pretty regular, Flake much less.

But my aim will be more at letter writing, calling their office, and looking for opportunities when they do town halls. I am going to be researching their positions on healthcare. I will be working my MoCs.

Getting out of neutral is also an aim for the Networked Narratives open course I am plotting with Mia Zamora. 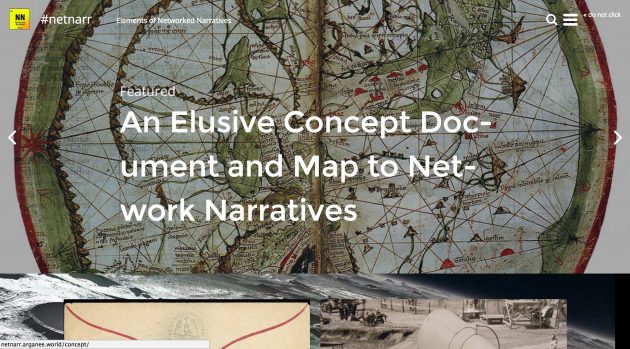 It’s still a somewhat vague concept (feel free to tell us so by hypothes.is-ing it up for us). What I’d like to do is whip a storm of media creativity a la ds106 but lesser so for the sake of “making art” or playful imagination and more so to turn those skills and creations towards imagining a more just and righteous world. Like purposeful storytelling. Meaning civic aimed.

Could the world have not provided us a more screwed up scenario to work with in 2016?

Can it be an aim to help people (me included) to explore their own and others neutrality? To shift it into a better gear?

Frankly it can be overwhelming. This is far out of my territory. Can we draw in enough diversity in participation? How can we take on issues that might be damaging to people? And who the ______ am I to do something like this?

I go back to Myles and Paulo. About how Highlander found a launch point of centering where people have knowledge or concern (not where the organizers of the school did). The way Myles talked about thinking in terms of a place:

I was trying to find something that would fit, something that would be relevant. I wasn’t looking for a technique or a method. I wasn’t, and you know I am still not. That’s not what I have ever been interested in. I was looking for a process of how to relate to people. Finally lightning struck. Finally, it just became very clear that I was never going to find what I was looking for. I was trying the wrong approach. The thing to do was just find a place, move in and start, and let it grow… I was just a slow learner to find out I didn’t need to know; I just needed to have a vision and that I shouldn’t know. You should let the situation develop. And of course you’ve got to use anything that you’ve learned in the process.

We still made the mistake of imposing with the best of intentions because that is all we knew. We came out of this academic background and we were still within this orbit of conventionality in education… But the thing that made Highlander work is that we had a commitment. All of us had a commitment to make it work in terms of the people’s interests, not in terms of ours. We didn’t have any trouble saying the answers we have are for problems people don’t have… 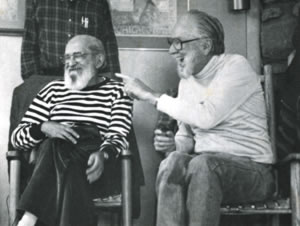 I don’t need to have these answers. Just a vision.

And this is something most people can see at the end of 2016.

The world is more f***ed up than ever, we have no trust in governments, our economic, health, and environmental futures are dystopian at best. We do not even know what is true or fake. Rampant, meaningless deadly violence.

And we are stuck in neutral, meaning we are working in the favor of the dominant. The ones who promise to drain a swamp and then pave it gold plated pillows to pillage from.

Do you want to do something? Shift into some action with us.. 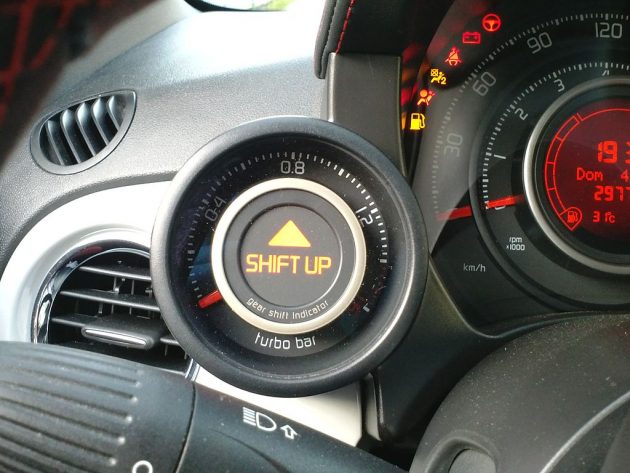 Top / Featured Image: I had in mind some kind of mechanical gauge with a needle in the middle. Searches on just “neutral” did not even get close, adding “neutral meter” in Google Image Search (phasers set to “licensed for reuse”) got this black and white motorcycle speedometer on pexels by Mike Bird licensed CC0. I modified it to color red the “N” in the bottom and to also color the needle, to emphasize how far you get in neutral.