Somewhere on my road trip last months I managed to loose my iPhone ear buds. And somewhere earlier I had lost my backup pair (if you know me, you know I believe in backup backups).

I use these all the time for my online video stuff, and for a few days I was using an old pair that are audio only (meaning I was using the built in headphones on my laptop or phone). I also prefer using them for phone calls, I loathe holding the device next to my head.

Knowing Apple Pricing (I actually had to go to an Apple Store in Denver on the first leg of my trip because I forgot to pack the power supply and bought another $85 cable) (and see I broke my backup rule, but now I have 3 at home) I decided to try buying some third party ear buds on Amazon.

Shopping online usually means doing some voodoo to weigh the customer reviews; so many times you can find five star THIS IS AWESOME reviews right next to one star THIS SUCKS WORST EVER. I must have gotten sloppy, but ordered Earphones with Microphone Premium Earbuds [2 Pack] Stereo Headphones and Noise Isolating headset for Apple iPhone iPod iPad Samsung Galaxy LG HTC (White).

I must have gotten them mixed up because the average rating is 1.5 stars (including my new 1 star THESE SUCK) review.

They looked exactly like the Apple ones, even packaged the same.

Until I put them in my ear. The plastic feels cheap. The sound on my laptop was tinny. When I tried using in Skype, my friend could not hear me. On the phone I heard static. They are junk.

Thus, I found myself ordering the real ones from Apple, one set for $29. 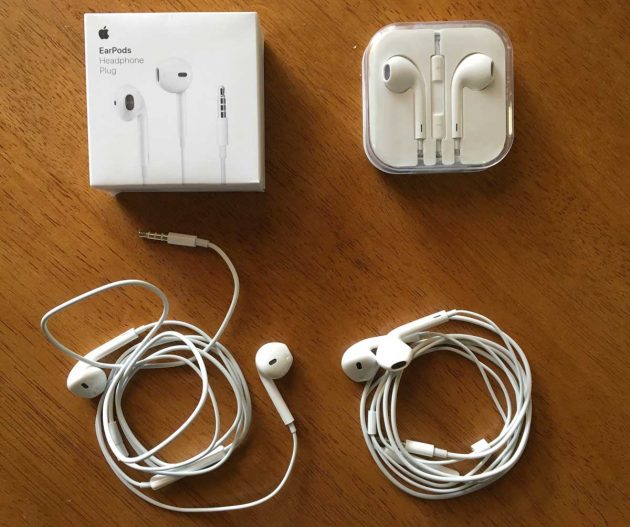 More expensive Apple on the left in this case is worthit, compared to the lame cheapies on right

Cheap is small and not to steep
But best of all, cheap is cheap.
Circumstance has forced my hand
To be a cut-priced person
In a low-budget land.
Times are hard, but we’ll all survive.
I just gotta learn to economize.

But it varies. I decided while looking around Amazon (damnit someone take way my credit card) to get a “cheap” set if bluetooth ear buds, so I can make phone calls etc hands free. I found Bluetooth Headphones, Wireless Headset Earphones earbuds for apple iPhone 7, 7Plus,6 6 Plus(White) for $21.99 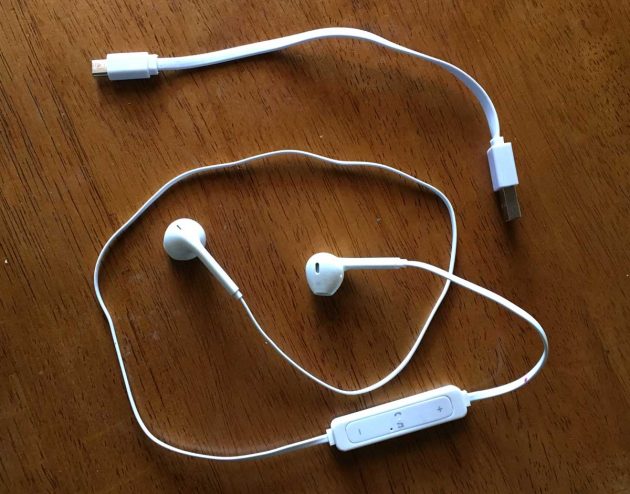 These were 4 star rated.

So far I am really happy with them. The sound is good, and the only hangup (literally) is sometimes, as bluetooth goes, it loses its pairing.

But someone take away my cre– OH LOOK AT THAT! ITS COOL! AND CHEAP!

Featured Image: Assessment is Not Cheap flickr photo by cogdogblog shared under a Creative Commons (BY) license