How it was done in the old days, with a film camera and a mirror. That’s my trusty old Nikkormat (sadly gpne) set up in my bathroom in Mesa. I had darkroom equipment then and processed image in the same bathroom. You kids and your sticks and mobile phones

Yesterday I cracked open the box in the closet with the old photo albums; I was looking for some ones of my parents, but flipping through photos from the late 1980s I spotted this one. I have a flickr set of scanned old black and white prints but this one was not in there. The making of the digital photo was just scanning it and digitizing. I just nudged the contrast a bit but did not do much more to it. I calculate I was maybe 25 in this photo, which seems like 1/2 life time ago. This was in my first apartment I lived in when I moved to Arizona for graduate school, it was in Mesa, a small studio apartment. I used the Nikkormat camera for my Geology field work, but had purchased my own darkroom equipment so I can get back to developing film and doing my own prints as I enjoyed a few years earlier at University. So here was doing a selfie in 1988, camera on tripod, using the cord for a shutter release (the camera may not have had a self timer, I think it did). I would have done the darkroom work in this same bathroom. It was just a quick lark to digitize it and upload to flickr. And this a nice surprise this morning to see it had made its way to flickr explore upon seeing the notice it had been added to the in explore group. 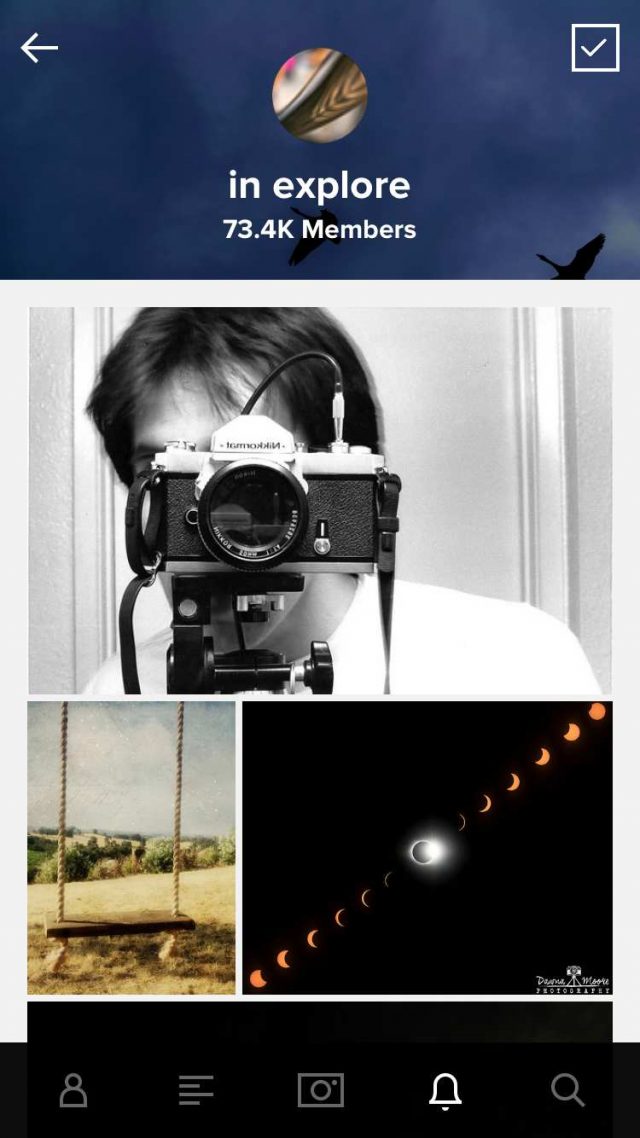 Oh the camera (and hair) I used to have! Featured Image: [caption width="640" align="aligncenter"] 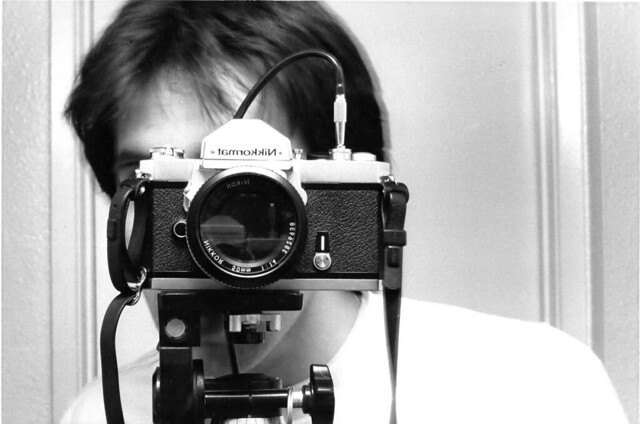