I prefer not knowing exactly how flickr picks photos to be in it’s explore featured area.

It just sort of happens. I know when either there is a weird spike in activity or you get the norice that your photo has been added to the In Explore group.

I’ve had a few get in there, and it’s never quite the ones I would pick.

A weird thing happened the other night.

Two of my photos were picked from my most recent batch, how does that happen? See if you can figure which are mine (when I get a notification of the In Explore group I try to grab a screen shot right away because they move off the top fast). 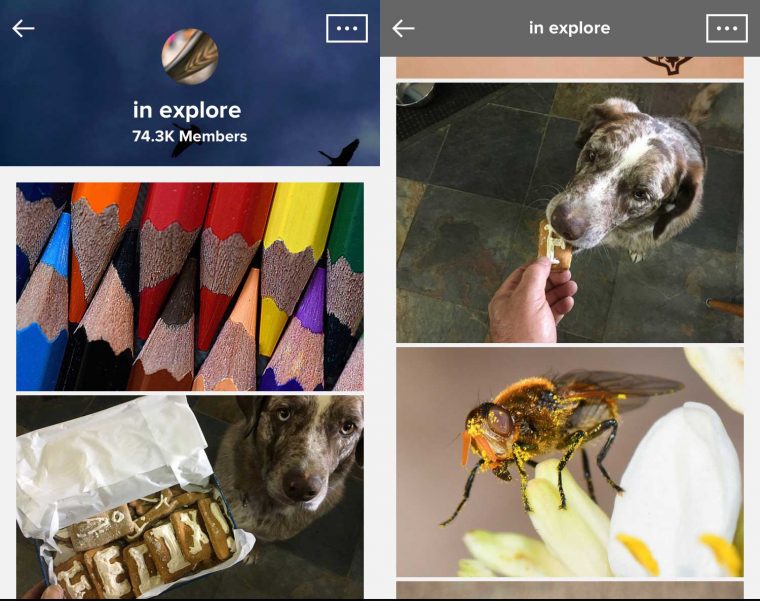 Two screens worth of the In Explore Group, two are mine!

The stuff I read suggests that you only get one per day.

Besides the bee in the image above, is there a bug in explore?

So these are the two: 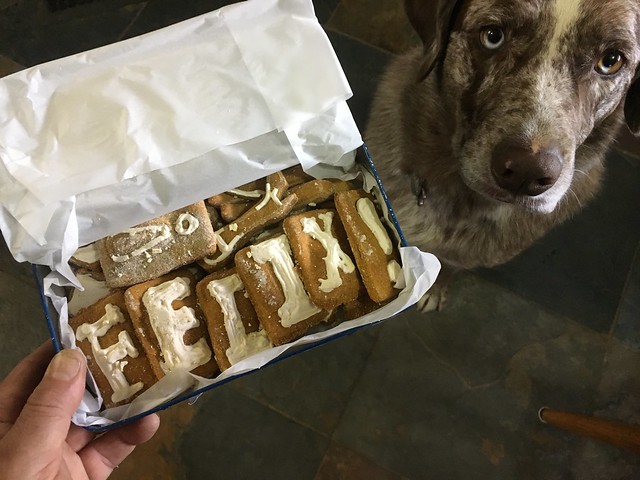 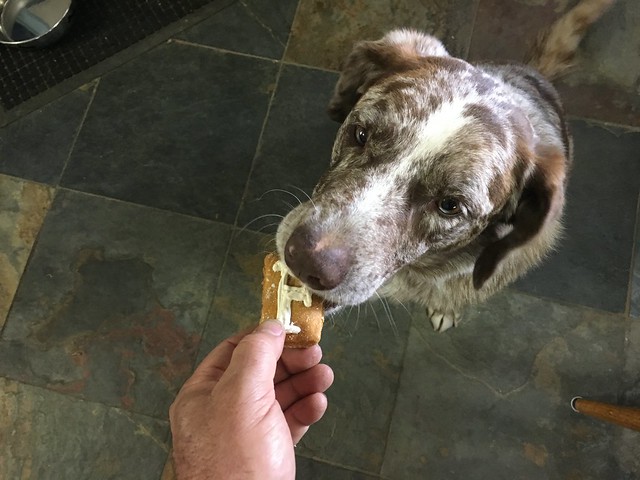 Now it does fit the Explore description in that these are the last two photos I posted that day. But they really were more snapshots, taken with my iPhone. The top one I did give more attention to framing, trying to get the spelling of the dog cookies in adjacent to Felix’s gaze in the corner. But the bottom one? just snapped. If I was more attentive I would have moved the chair leg you see in the bottom right.

But here is a more curious thing, look at the stats on the photos:

The views and faves numbers are almost identical. Why? I think the first photo is much better. My wild guess is that the most of activity among flickr explore is people go through fast and view/favorite everyone, like it’s part of playing the game of garnering attention. Does that make the numbers less meaningful?

I’m more curious that anything. Getting explore is a treat.

No, the real treat was the whole story behind the photo. Those lovely dog treats came as a surprise package from a colleague I collaborated on a workshop in August. Look at those custom treats she sent, home made! Happy Felix.

No mystery there, that was a wonderful gift.

Featured Image: “Why is the Suitcase Out?” flickr photo by cogdogblog shared into the public domain using Creative Commons Public Domain Dedication (CC0)