Borrowing from a movie’s taglines the opening here might be “The time is just right for an out and out podcast like this” or “There are no rules and no holds barred when Antonio’s accent cuts loose!”

Here is the first episode of a new podcast that Antonio Vantaggiato and I produced asynchronously collaboratively.

Because Antonio’s internet connectivity has been spotty, we produced this by uploading separate recorded segments to a shared Google drive, listening then responding to each other’s previous message. It was Antonio’s idea to name the show after (though not really based on in any way) the movie The French Connection (Ironically ) got to watch the movie on my recent long plane flight to Australia).

He suggested we borrow a few seconds of the music track from the Don Ellis clip on YouTube (hey lawyers, this is for a worthy cause, ok?).

The podcast is published at TapeWrite a nifty podcast platform that allows us to annotate a show with embedded images, text at selected points in our audio conversation.

If you have not read the previous post about Antonio and his Puerto Rico students at Universidad Sagrado del Corazon… well you are missing out. Okay, I will recap.

Antonio is a good friend, colleague, big-hearted generous teacher of computer science and media. Somewhere between the cruel double hurricane punch of Irma and Maria, we had been in an email conversation about producing an Ed-Tech podcast. 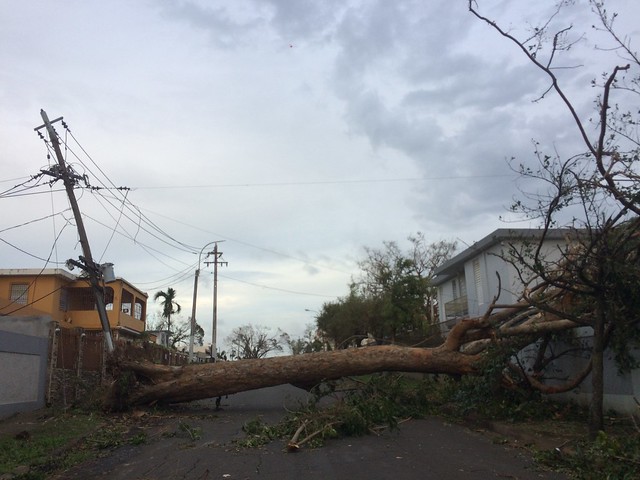 My post was a call for a show of support to Antonio and his students, first by responding to a DS106 Daily Create.

Sending you all good thoughts for recovery and hope, from our class to yours. #tdc2109 #care4sagrado #inf115 #inf103 #bcm311 pic.twitter.com/LFBIeqoiuW

In awe of your preserverance & determination ~ thoughts from ??#tdc2109 #care4sagrado #inf115 #inf103 pic.twitter.com/arCc5aXyCZ

The second show of support was a #care4sagrado call to send postcards of support.

The response has been tremendous! See Antonio’s blog posts More Mail from el Puente de #PuertoRico and just today Oh so many postcards for #care4sagrado!!

We are both overjoyed at the response, but most specially, the letter from Parisa Mehan

Wonderful!! First #care4sagrado postcard came in this am from Japan! Thank you, @ParisaMehran. This 4 U #inf103 #inf115 #inf201 @sagradoedu pic.twitter.com/KYHlllvnQb

that offers a sense of hope and humanity. We are hoping to arrange a future podcast where hopefully Parisa can join us.

Some people get to jet around the world, tweeting and playing golf. Others? They get a little bit of electricity after 51 days.

Fiat lux. I got light. After 52-day blackout. Will it stay?

Show more support with some #care4sagrado tweets or comments on Antonio’s blog or for his students in INF103 and INF115.