A new feature is there for the SPLOTbox (a WordPress theme for a site where visitors can contribute audio and video content)… instead of a text only input field for descriptions of the content… you have the native WordPress Rich Text editor: 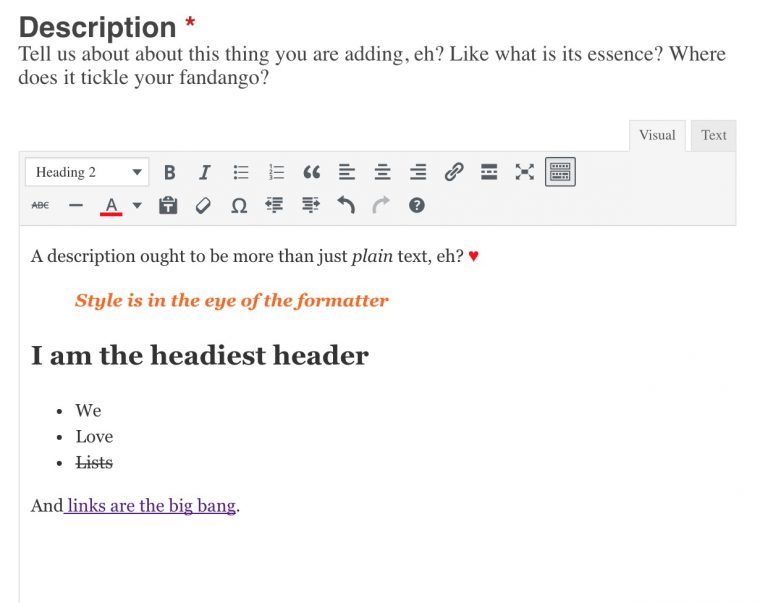 You can see it action if you visit the SPLOTbox demo site and click the share menu item.

This was a request from JR Dingwell who may be one of the first people to roll this new splot out. I’d somewhat resisted adding it, thinking it might be too much for sites where people just want quick uploads. But hey, if you don’t want just don’t use the buttons.

It’s pretty much the same code as what I have in the TRU Writer SPLOT, rather than a plan textarea form field, I use the wordpress function wp_editor

I’ve also learned to use wp_kses_post( ) on saving the content which preserves HTML as well as linebreaks but sanitizes everything else.

It also plays well on mobile: 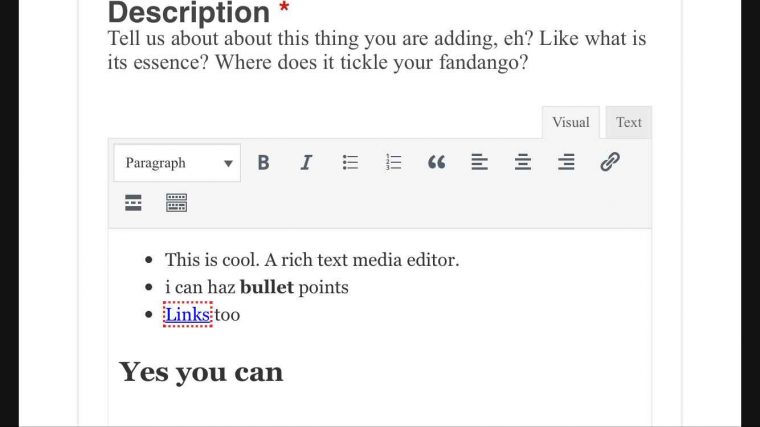 I’m mulling as well if I should add this to the TRU Collector SPLOT for images.

This is now a theme option. The default is to use the plain text input field for captions, much simpler. But you can activate the rich text editor. So you can choose which way you roll.

Also, because it was pretty simple, these same features are available in the TRU Collector SPLOT