I pretty much gave up on writing about and hoping that writing about catfishing might have some impact (yup just checked, more than 2 years since last post on it).

Of course that hardly means that anything has changed; the scamming of people luring into false romance contact using my photos on fake profiles and eventually tossing the hook for money goes on pretty much unabated. And it’s not just Facebook; once recent email provided insight into a rather unexpected spawning grounds.

Emails come every few weeks or more frequent, when a person who has been in contact with some friendly person (nearly always a petroleum engineer overseas) gets suspicious and does a reverse image search to find that “David’s” photos really belong to some guy named Alan.

Not that it’s anything different from any other, but one came today:

We don’t know each other, but someone is using your photos on Facebook.  When I get an odd friend request that I don’t know, I search the image and let the person know that their image is being hi-jacked. The user is from Africa and accidentally posted photos of his real self, yes, not so bright!

This person has some good habits.

There’s hardly anything here I have not seen before. He’s a “drilling supervisor” and studied Petroleum Engineering in Idaho. And he is rather literate, “Im Engr David,i love my Job.” Not having a Facebook account I cannot look at the 350 photos supposedly of him.

It’s not even worth reporting folks. That’s spitting in the ocean, and even if Facebook decides to remove it, the scammers have automated tools for creating new fake profiles by the barrel.

Except for the fact that some of these photos have other people in them (my family members and kids of my friends), it really does not bother me much. Nothing has been stolen from me, as it’s easy for me to assert my identity and show provenance of the photos.

And besides, most of my photos are published under a Creative Commons By Attribution and more commonly Public Domain license. One could say it’s my own fault for making the photos available.

But seriously, do you think if I put a CC BY-NC (No Catfishing) license on an image, it’s going to stop anyone? If you think licenses provide you some protection for your media, you are mistaken.

And it is why I ended up going the public domain route- I wanted to test myself a different way of thinking about sharing, to do so in the way of providing the least friction. I want people to attribute and give credit not because of some rule or license, but because they get that it’s the right thing to do.

Yeah  know the odds are low on that.

Most will shake their heads at me, and cling to the idea that a license will change people’s behavior.

I doubt it would slow down David Mebradus one bit.

What does not work is expecting systems either, like Facebook, to protect. I’m betting more on the individual, and that people will get aware of the strategies they can do to check out the David Mebradus who come creeping with fish costumes. 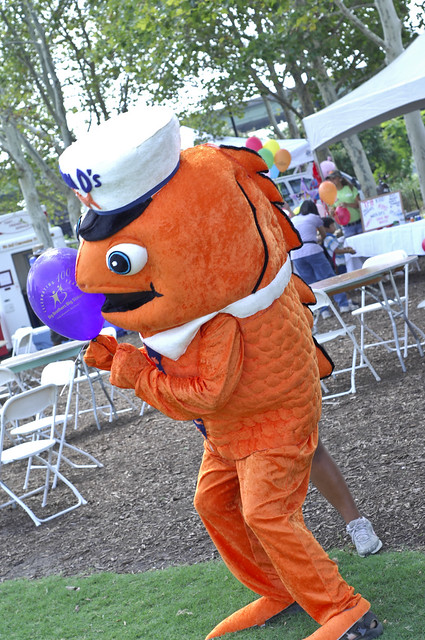