Many will regret (or will lie and say they were there) missing last night’s performance by Jim Groom and Tom Woodard as the norm-blowing closing act for the 2008 NMC Rock the Academy Symposium. You have to wade through this blog post to get to the video recording 😉

Donning their gas masks, flame throwers, and edupunk t-shirts, Jim and Tom laid out the warnings of zombies and where they lurk in educational technology. The audience was warned before hand that this was going to be an intense, almost radioactive presentation, so we provided them safety glasses ahead of time. 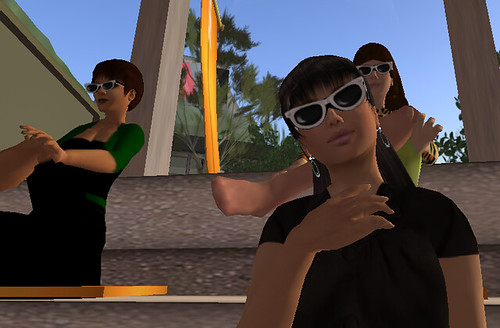 They started asking the audience what their fears were. 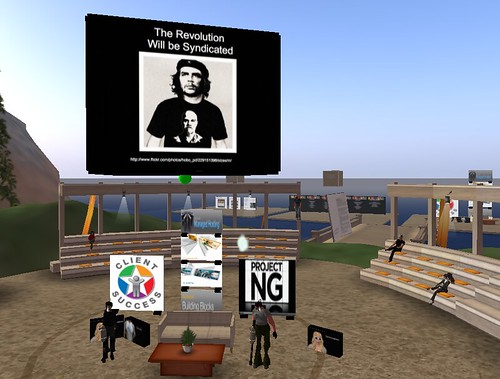 Jim and Tom then launched some opening strongly worded (and pictorial) warnings about zombies and where they lurk. And then when Jim yelled “Look all around you!” pandemonium broke out- the sky went dark, the corporate placards revealed their true hidden messages, and several zombies revealed themselves from their clever “normal person” disguises. Jim and Tom managed to thwart them off (for now) with their flame guns. 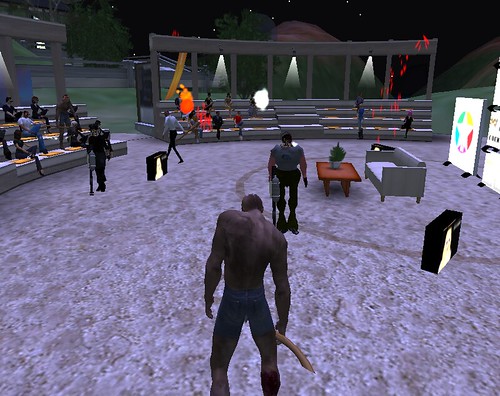 And then they went on to describe how to counter-act the zombies, that there is a solution…. becoming an Ed Tech Survivalist: 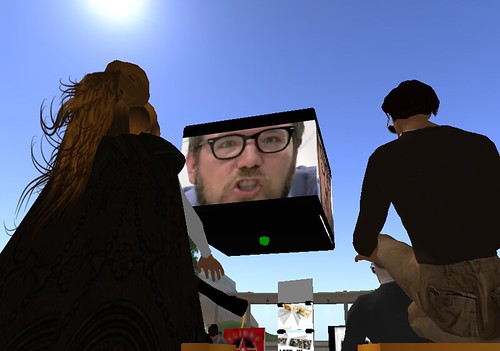 and learn the techniques of troutlining for information as taught from the Alabama swamps by Fishing with Tom (“the internet is just like a big swamp”): 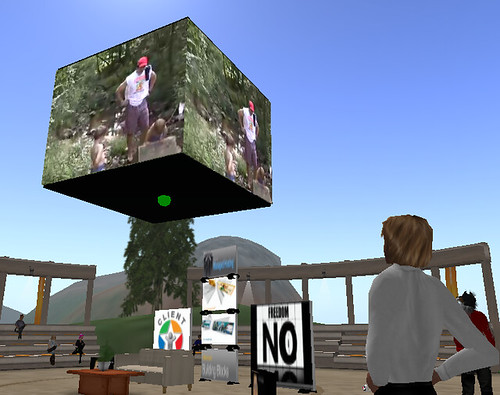 Now this was just the fun part. Tom and Jim went on to succinctly describing the ideas of syndication, aggregating, tagging, re-organizing content using free, open source tools that liberate your organization from the zombie grip. Now while I’ve been tuned into their work for a while, I could tell for the audience the power shown in the UMWblogs examples and site wide feed tagging were really revolutionary.

You can get more of their resources, including the preso slides, from their conference session description on the NMC web site.

This was just stellar, and I cannot gush enough about the message these guys from Virginia blasted into Second Life. Don’t take my word for it, check it out yourself (note the original blip.tv hosted videos went down the drain, but in 2016 I restored the versions I had from my own archive):