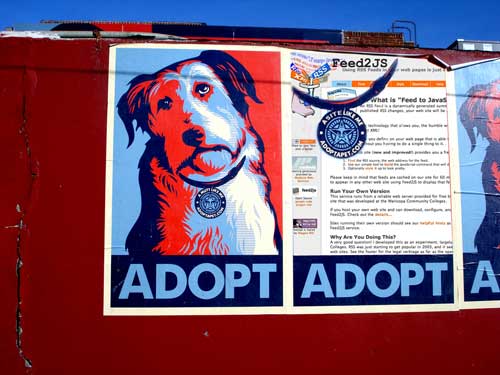 I’m looking for someone, some group to take over the development for Feed2JS; I’ve taken it as far as I can possibly can.

It gets used a lot, more than I think I want to know. The server empties its cache nightly, but I just checked, and since the last nightly dumped, it has cached feeds from 38746 RSS sources. If you google the right bit of code (that part that is inserted into web pages to make it work, I see 50,000 some finds:

I have to give a huge shout out and thanks to Modevia Web Services, who have graciously provided free hosting for Feed2JS since early 2006, when luckily I moved it off of an aging Xserve at Maricopa Community Colleges (where it would have died after I left Maricopa in April 2006 and the old jade server went dark).

This road goes back more than 7 years, I can find myself blogging about it in April 2003 where I “munged up some code” called rss2js.

In my early years of sniffing around RSS I had come across some scripts for displaying news feeds embedded into a page that a guy named David Carter-Todd was running on a server at one of the Virginia Community Colleges, and a light bulb went off. His code was a server script that was passed an RSS feed URL, and it ran some code that returned the content as Javascript write statements, which means anyone could get RSS content to be seen in a web page.

I came across a PHP library called Onyx RSS (created by a guy named Ed Swindelles, the site is long gone http://www.readinged.com/onyx/rss/) that did the heavy lifting of parsing the RSS, converting it into an array of data I could then manipulate. IN fact, I found a whole collection of evolution of this code, look how simple the first version (may 5, 2003) was.

Sometime in the next year, Onyx either went away or I came across the more robust MagpieRSS parser which is what powers Feed2Js now, though Magpie has not been updated since 2005.

And Magpie is a bit of a problem, since it only works on well formed XML for the RSS feeds.

I have tried a few times to set up a version that uses the more versatile and modern SimplePie parser, but every time I try it, the folks from Modevia email and let me know the server process dies due to overloaded memory. I’ve tried all of the suggestions for dealing with SimplePie memory leaks but end of with the same issue.

Honestly, I am at the end of my technical skills here. I dont know how to write or fix a parser nor do I know what to do about Simplepie and the large load it must need to deal with all the feeds Feed2JS supports.

It really needs someone more code savvy than me. So I am asking will anyone 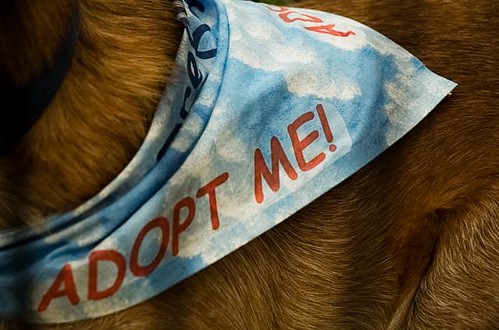 There’s a lot that could be done to improve the front end, like a more AJAXy preview set up.

I have no great hopes that anyone would leap to take on an unfunded and uncommercial coding project, but I guess it never hurts to ask. I’m not in a place to do much with the code besides keep it as is. 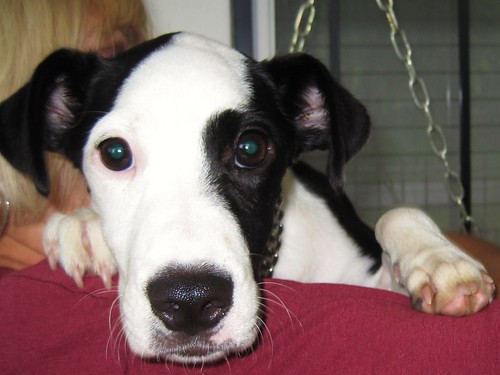