I so so much dig blog posts from Clay Burrell like his weaving a less than glowing Blackboard experience into a story The Tailor – A Parable. He pulls zero punches but also brings his point home in oblique creative ways.

While I was pretty sure what a parable was, a check in was worth it- do people still whinge about Wikipedia because these feels pretty damn good for an explanation?

The word “parable” comes from the Greek “Ï€Î±ÏÎ±Î²Î¿Î»Î®” (parabolÄ“), the name given by Greek rhetoricians to any fictive illustration in the form of a brief narrative. Later it came to mean a fictitious narrative, generally referring to something that might naturally occur, by which spiritual and moral matters might be conveyed. A parable is a short tale that illustrates universal truth, one of the simplest of narratives. It sketches a setting, describes an action, and shows the results. It often involves a character facing a moral dilemma, or making a questionable decision and then suffering the consequences. As with a fable, a parable generally relates a single, simple, consistent action, without extraneous detail or distracting circumstances. Examples of parables are Ignacy Krasicki’s “Son and Father”, “The Farmer”, “Litigants” and “The Drunkard”.

Clay’s story of the the man who learned to love his suit fits to a t (not t-shirt).

The same day I had read his post, I had my own experience which, while more a metaphor than a parable, was, I am hoping in the same vein.

It’s what I discovered about my dentist. 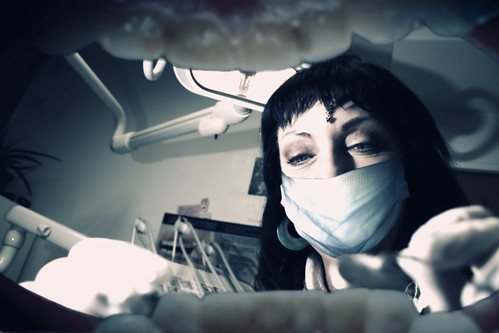 I had been a patient of Dr F for a long time, actually longer than I could even pin a date on. It was mainly because he was fast, efficient, and got the job done– I was often in and out in 35 minutes (you don’t spend much time chit chatting while there are instruments poking about your mouth). He won me over on a first visit when I needed a filling- I experienced zero pain. I must have made poor choices before, because every other dental experience I had prior involved pain. And usually I came out being told everything was okay, the status quo was good.

Pretty much I got to know what to expect, it was as comfortable as one could get. When I moved away from Phoenix almost 3 years ago, I started shifting my medical care providers tot he nearest town, as driving 100 miles for appointments was really not optimal. But I hung on to Dr F as I was usually able to schedule a visit around a trip to the airport.

On my last visit, Dr F spotted something that he said would warrant a crown. This would require two visits within two weeks, and that was looking hard to schedule. Plus their office is only open 3 days a week. It was at one of my Saturday breakfasts with friends (the real kind, not the Facebook kind) and one of them was raving about her dentist in our nearby town. I decided it was time to go local.

Wow, I almost felt guilty, I was betraying, I was going to see another dentist 😉

I called them on Monday and got an appointment that same Thursday.

Their office music played country music while Dr F played easy listening. It was just different. A dentist office is full of technology, so I’m always taking it in. The office furniture here was a bit more worn, but once they started, they were using equipment and methods Dr F never did. They were extremely more thorough, showed me more data (they had this camera that took pictures showing the problem tooth in 3 different angles), and Dr H frankly warned me of things I never heard from Dr F (gums, gums gums). They confirmed the same problem tooth, but also identified another one that would need help soon (one might suggest they were drumming up business, but it was all left on me to decide to take action or not).

What I realized was that Dr F was a good dentist, but I had gotten comfortable; I knew what to expect, and could guess how an appointment would go. I had really not even thought there might be better ways to deal with my teeth, or that I might in fact be missing an issue.

And that gets me thinking too how often we get comfortable with some of our technologies that seem to do what we need, sometimes too comfortable, and so much so that we close our eyes and let the drill go without considering there are other options. That it would be to hard to change (or we’d betray our investment of skills in it).

I’m about to toss a coin and maybe delete this post. I thought it started with a grain of an idea, but does not seem to get anywhere near it. I think you’d be better off reading Clay’s story. It is poetic.

Meanwhile, I am leaving now to go floss. 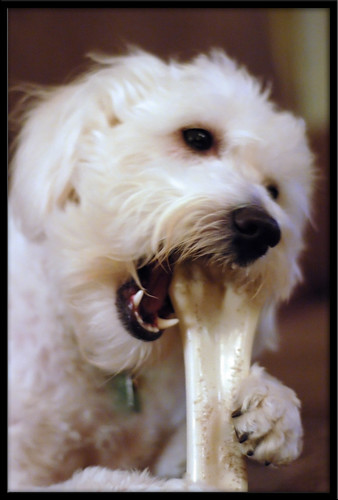