Continuing on the chicken theme? Only the little kind.

It’s been almost a month since the sky fell on delicious.com. In news that spread at retweet speed, a leaked screenshot from a Yahoo inside briefing had listed the social bookmarking site delicious as being in the chopping block. Or is it chopped?

And so ensued the frenzy.

A literal export rush ensued as people aimed to export their tagged history, many of them rushing to dump them into diigo. This included me. I am guilt of frenzy feeding. Or at least nibbling.

The sky had certainly fallen, and the clucking ensued. What will we do! Hurry! Export! Import! Sign up! My tags! My Tags!

And then this was followed by the glut of posts about “alternative social bookmarking services.” Alec Couros, in the method he does well, convened a massive google doc editing process to produce a list of suggestions (man does he have rabid followers) .

I found most of the frenzy to be missing, the most key point to delicious. That there are two realms of consideration. If your use of delicious was purely individual, and you sought out an alternative, many of the suggestions would do well, from pinboard to Mr Magoo. There are scads of them. Heck, you might was well go back to using your browser ones.

But that is the bottom rung of the bag of gold that is delicious. At least to me. 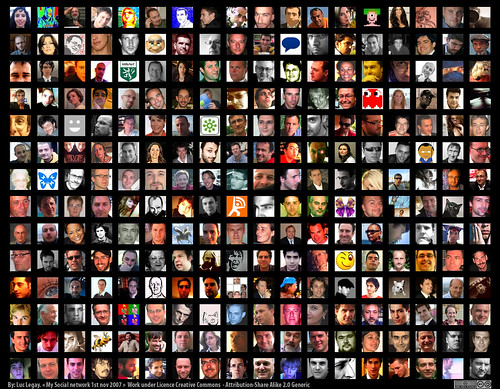 You cannot take your network, and its sharing effects with you. Yes, for myself, I rely on searching delcious as a primary research tool to track web sites. But my larger interest is in the collaborative features of tagging (by conference, class, project), by re-publishing that on web sites, by the sharing of links via for: tags and email. I relied on my network of fellow taggers as yet another stream of golden information. Should I just bail at the first clucking of storm clouds?

You cannot take that with you to pinboard. Even diigo, which, I would agree with has some compelling features in its groups and annotations, and has many great educator groups, yet it feels about 9 times as heavy as delicious. There is some of a network effect there, but it must be orders of magnitude less than delicious.

I find the neglecting of recognizing the network effects and focusing on just “Alternative tools” to be short sighted, and the mad rush was premature.

Yes, I accept that services will come and go. Before I used delicious, I was a relatively early user of furl (who else furled first?), which was purchased (ultimately by diigo, woah- my link goes there http://furl.net/user/cogdog).

But long before, I was doing home grown link sharing/organizing in a home grown system I built at Maricopa, the Bag of URLs (that one is mostly gone, the link is a bit from the Internet Archive, but it is missing the lovely graphic of a URL coming out of a shopping bag). It was strung together with HTML and perl, and set up so I could take submissions and publish new “issues” on a periodic basis. I ammassed thousands of annotated links, and even made it searchable with some long forgotten unix indexing software (glimpse? gais?)

I know tools will come and go.

But you do not get that network effect as easily.

In fact, I am not sure any current or future social bookmarking tool can ever gain the network power of the delicious one.

Not being a business person, I may stand on shaky ground, but Yahoo, which is looking more and more like smug brontosaurs sauntering around and 10 minutes before the end of the Jurassic era, has provide a textbook case of how to f*** up an internet bag of gold. Piss it away. Not tend to it.

Second, where was their company message after the rumor erupted? Where is the Yahoo stance on the issue? There are flaffing about embarrassment over a secret revealed. There is one moldy blog post on delicious (the most recent and it is over a month old) offering luke warm re-assurance and a BUY ME please prayer. It was not an optimistic sign.

Contrast this to say the proactive stance Skype did after their week long outage in December. Their CEO was out in front, they took responsibility, and offered information ot their users (and woot! $1 of credit).

It is not even clear today what Yahoo’s corporate message is on delicious. It is the sound of a link dying in space. To me, they look like blundering fools. Yahoos. Bufoons. Poop heads.

So whats to become of this? Well, I have not altered my delicious activity one bit. For something that the sky fell on, it works fine. It’s not like they will just shut the lights out without notice Mag.nolia style. There will always be time to move when the bottom falls out.

I have faith that either everyone who fell asleep at the leadership desk at Yahoo will wake up, or a real player will step in. I am hoping amm msy stuff, all my shared tags, all my web sites that ride on them, will still work.

Yeah. I may eat crow one day, but its better than running around like a diarrhetic chicken.

The internet makes it even more easy to fall in a line and march into the sea. 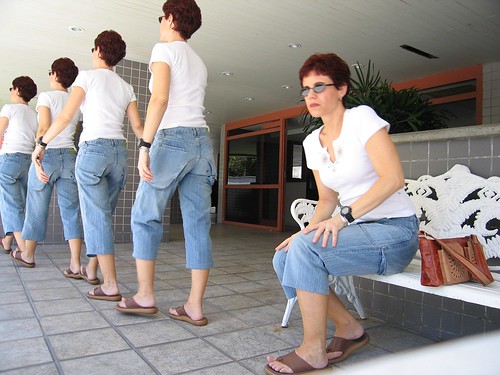 PS In my haste to click publish, I forgot to add the next logical wave of panic/worry- see Doc Searls on What if flickr fails? again, I am more worried about the loss of the flickr network/community if it “fails” or if there are moves to self-hosted flickr-like sites.