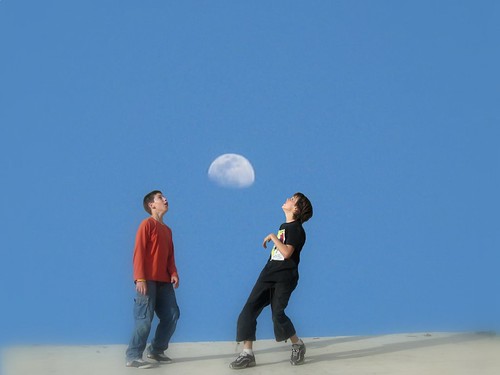 “Cute. Now let me know when you do something academically valuable.”

With senseless violence becoming a sad norm, with the weight of a world dying of overheating or exterminating its own biosphere, with a future dimmed of optimism, can there be a more timely place than now to truly embrace the power of play?

Sure, we can recall the warm memory of a time without the boundaries of possible, when we did not electronic toys but something as simple as a box 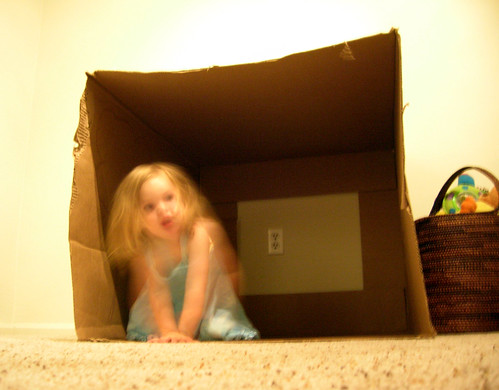 Professionally we can give nodding ascent to the notion that a sense of play is good, but then we wrap it in scarequotes, and make sure no one is looking, before we revert to our adult responsibilities. I am not advocating we all regress to single digit age behaviors, but find the spaces where we can reach out and fly to the moon on a broomstick.

Playing to Learn? on Prezi

Play is a lot of what weaves its way through ds106 — Jim Groom is a master at making his classes a playground atmosphere, in the sense of encouraging his students to create, and let the self monitoring behavior meters slide off, yet at the same time, learning the power of expression and creativity. That’s the parts to hold on to via the wild rollercoaster that is just ow ratcheting up the first hill.

It’s a time to stretch past the familiar. And do it with a bunch of other freaks.

I was inspired to frame this after my drive home last night from the Phoenix airport. A great pleasure of the 2 hour drive is getting time to catch up wth podcasts of This American Life which, to me, is some of the most inventive, form breaking places for storytelling– and they are doing it with only one media! Just audio. But what makes TAL work is not the sounds, but the brilliant writing.

I continually find myself laughing out loud hysterically or pounding the steering wheel. Last night, it was the former, with episode 422 on Comedians of Christmas Comedy Special. The premise was that Christmas is a time of well worn songs, movies, stories, but who really knows or tells jokes about the holiday?

In the opening, Ira Glass played some excerpts recorded by producer Jonathan Menjivar, who talked to third graders at a school playground. As Ira notes wryly, the kids do not seem to know any jokes from memory, but do not hesitate to make them up on the spot. “Why did the reindeer cross the road?” starts one kid, “Tell me,” says Jonathan. “To.. get to the antler station!” and the kid goes on to improv a whole hilarious logic for reindeer behavior when they lose their rack.

The beauty here, that there is no hesitation for kids to create stories, for many to know instinctively the arc of a joke, and to just stand there and make it up on the spot (see the blog post with a run down of the kids jokes). Just for the sheer fun of it. Just to see if they can spontaneously weave a path to a smile or laughter. 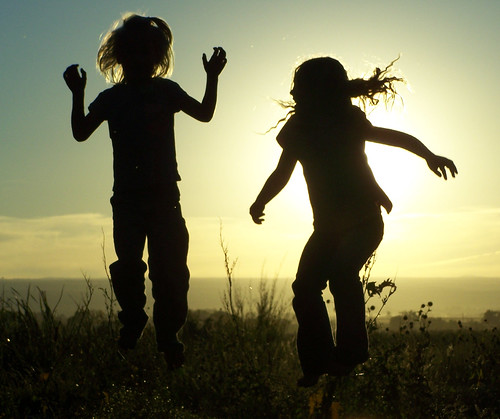 The striking thing is just reflect on all of your internal reactions that would just stop you for doing what kids do naturally. It is that adult self-awareness that stifles us into mature silence.

I’d rather be laughing with the kids.

I have been thinking for a while that what we ought to be doing to become better presenter is to get better at doing improv– get away from the slides and notes and well rehearsed talking points, and tell a story to an audience.

Yes, I can feel the fear puckering. I would too. I do. But think about a safe place to try improv and get better at it?

So here is an idea I might toss into the ds106 Assignment machine. It’s actually similar in some ways to the Random Assignment Generator.

The first one is likely going to be fear filled stammering terror. Well, mine would be that plus about 30% “um”. So maybe you trash your first one, but then save the second.

What might you get from this? Freedom from the confining reflex of self restraint.

Play as much as possible in ds106. Don’t just do what you know how to do, go far into the unknown. It’s just a gesture to nod in approval of the power of play- it is a whole magnitude of order difference to do it. And another to share it. 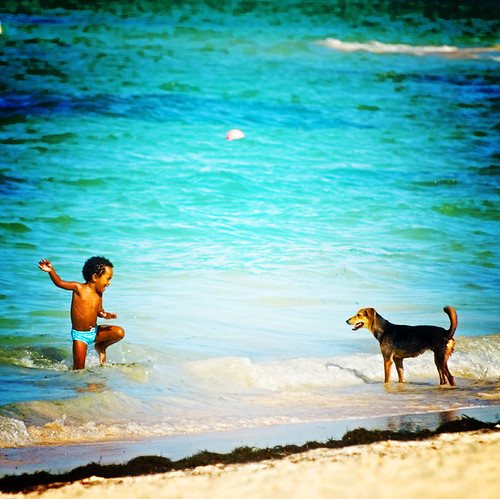