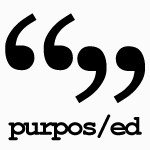 Definitions of “purpose” center on reaching a goal, terminal end, desired result, perhaps a mythical castle in the sky. That does not seem right education, we should want always to go farther. And I wonder if we’re trapped too much, especially in citing what’s wrong, in too easily framing education as school. Maybe it was schooled into us.

I am intrigued/encouraged by tradition-bucking advocates of a DIY approach to education. It injects a sense of looking at education in a non-19th century view. An ethos of people learning on their own is an Over All Good Thing. We need more of that, in and outside of formal education.

Yet, I grapple with this.

A DIY approach works perfectly when Y knows exactly what I is to D.

When you need to fix a flat bike tire or a stop leaky toilet tank, a wealth of free, open, and useful resources exist. The web delivered when I needed to learn how to make mashed potatoes.

But that is only part of an education, learning what you know you want/need to learn Left to my own inclinations as an undergraduate, I would have never taken a course in Art History, Logic, or even what turned out to be a seminal generative, serendipitous moment, my last elective in photography.

Go out in a public place not filled by academics of technogeeks, and ask yourself how many in that place are going to be able to ratchet themselves up as described as the focus of the follow-up to DIY U. The successes we highlight as DIY learning successes are wonderful, heroic, but also anomalies. 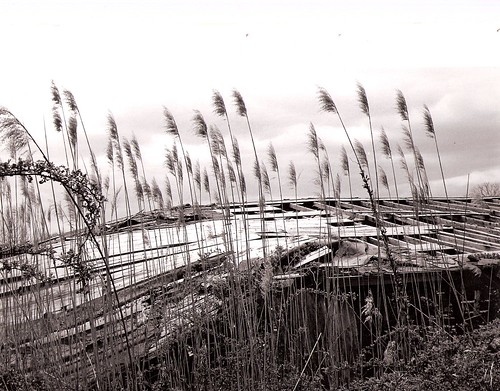 Were it not for an almost accidental entre, I would be missing what is the most rewarding creative thing I do now.

While school, a curriculum, a set of requirements are not the only possible things to guide learners into new realms, I wonder, in a land of DIY learning, what will motivate people to seek something they do not come with the built in desire to learn about? That they don’t know now is worth learning? Dean Groom suggests (and I agree) that the space of gaming succeeds in spawning high degrees of motivation. Parents like Lou McGill, motivation is a parental imperative to go where schools have came up short.

The need for motivation for everyone to become more learned, to step from the known into the unknown, is to me, a critically under-addressed aspect in the future of education.

I envision society as a system of energy, one working against natural tendencies of entropy that drive it to the un-organized state, as we are seeing now between earthquakes and political revolutions. The purpose of education, to me, is as a force that counters what would destroy society,

DIYs and OERs and other TLAs are not nearly enough on their own. It’s our imperative to have create (not just job reaching) reasons to virally spread a motivation to learn, because our future hinges on its potential energy.

In agreement with Tom Barrett, we need not only “cradled happiness” but unbridled passion and joy in learning, as unabashedly stated by my friend Gardner Campbell as simple but pure as “love”.

I see predominantly pessimism, doom, and overt focus on what is wrong in education. Call me a hippie, moon-eyed dreamer, but we do not rise up that curve of energy on a wave of negativity. 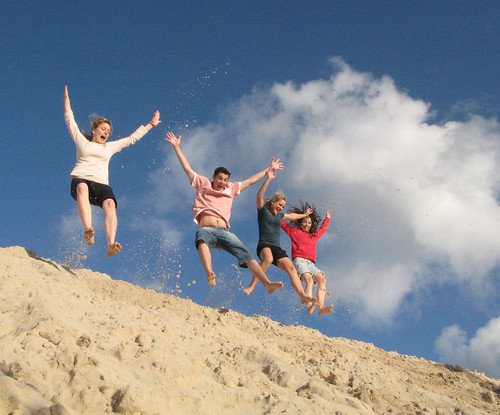