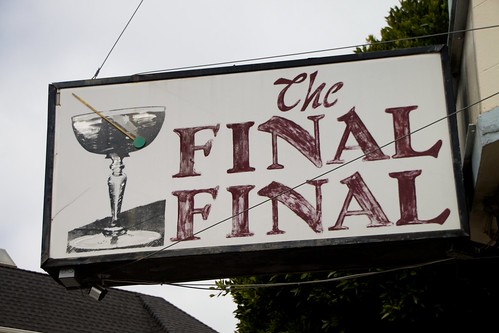 Late last night, in a fit of energy, I decided to finish out my fandom assignment. Rather than blabbing all about it first, like usual, I share first “The Last Man on Earth is Not So Lonely”

(note, the audio may have been flagged by the Onerous YouTube Content Sniffer, so I may ened up self hosting it here, nyeh nyeh).

The question is, how can the Last Man on Earth be all that lonely, when there are not only two others (versions of the same movie), but also because the Man ends up meeting a Woman, having a dog for a companion, and outside are a bunch of vampires/”family”/zombies eager to play?.

I got to thinking about this after watching I Am Legend on a plane flight earlier this year. In reading the back info at IMDb, I found out it is based on a book of the same title, and was done as a movie not only once before, but twice. The first movie was The Last Man on Earth (1964) starring Vincent Price and then The Omega Man (1964) with Charlton Heston.

All of them are the post-apocalyptic vein I enjoy, where some virus has broken out and wiped out all of the population (we think), save the hero Robert Neville (though I used the Robert Morgan character pitched in the 1964 version as the name in the credits, oops).

On those cloudy days, Robert Neville was never short when sunset came, and sometimes they were in the streets before he could get back.

Neville has not been subject to the same plague that has wiped out his family and everyone he knows, and has managed to create a safe recluse for himself, with food, water, electricity, and guns. The night time is when it is not safe, because it is then that what has become of the human race now come out looking for him. In the original movie, the people had become vampires, and they lumber around clumsily, so that Neville can usually fend them off with a club. I actually have not seen Omega Man yet, but they appear to be more formidable entity called “The Family” with a nemesis for Neville to battle with. In Will Smith’s Manhattan version, the night creatures are screeching zombies.

In all cases Neville is determined to find and answer, a cure– he is/was a rationale man, a man of science. In at least the 1964 and 2007 versions, there was a canine companion and also a woman that Neville eventually meets up with, though not clear if she is friend or not.

I was thinking of trying to reverse the story from the zombies and destruction and somehow make it flow into the beginning flashbacks Neville has of his happy family life.

That looked a bit daunting.

Instead, I aimed for a mix of scenes from the 3 movies and trying to play with the idea that the guy was not really all that lonely, and interspersing with a way too cheerful “You Got a Friend” that opens the original Toy Story:

And closed with using the audio of the closing scene from The Breakfast Club (unembeddable, wtf?) but using video from the 3 movie versions, as to suggest Neville is not so lonely with all of his friends.

I am now urged to go watch the Charlton Heston version, which I am sure is full of moments like