I’m doing a third round of Amazing Stories of Openness, as an invited keynote for the Spring ETUG Workshop (June 2-3 in what is usually described as “lovely Nelson, BC) 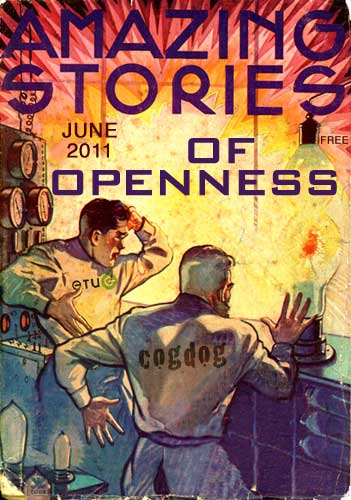 An Amazing Story is you sharing an example of something unexpected that happened as a result of you sharing something on the open web- it might be as simple as an invitation to present at a conference, a connection created with a new colleague, an image being used for a museum exhibit on the other side of the world– see http://cogdogblog.com/stuff/etug11/ for where all the stories will eventually appear.

While on the road in May, currently in Vermont, then New York City, and later in Vancouver, I will be bugging people I see to step in front of the camera. So you have been warned. Anyone else can share a video with me via me googly form at http://bit.ly/mb1XAZ.