Ben Rimes has coined a clever new ds106 assignment that plays with visual mashups – in Fantasy TED Talks you are given free reign to:

Create a scene from a TED Talk being given by a fictional character. Obscure or well known, feel free to have your fictional character pontificating on their story, and their “essential truth” that has come to be known as TED Talks.

And Ben has gone that extra A-Game step to provide several starting examples and a template to work from. Power.

Nah, I went for dogs: 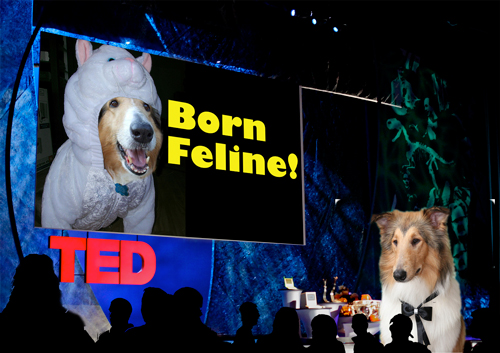 Lassie on Self Awareness:
Lassie looks back at a life in acting (a body of work as a faithful companion) and shares the pain suppressed bue to her having to overcome her gone through a transpecies operation having been born a cat. She shares the eternal beauty of knowing your inner cat.

Think of the struggle of having to rescue Timmy from the well knowing that internally, her natural instinct would be to lick her claws.

For the making of this one, I found in flickr quite a few Lassie like dogs, using this one because of her elegant tie: 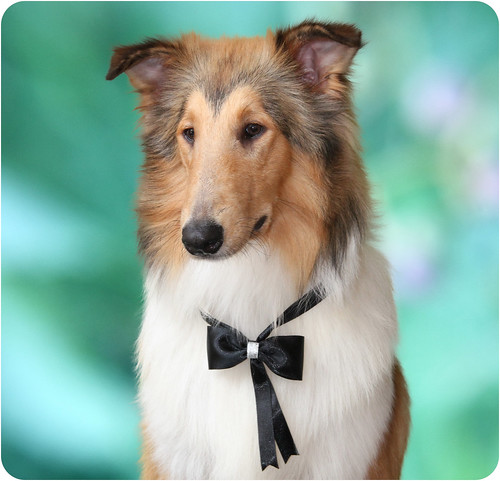 I actually found the perfect image by searching compfight on cat dog for this image of a dog wearing a cat costume: 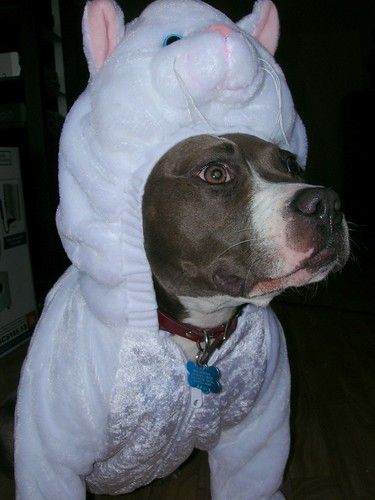 To make it more in line with the store, I inserted a collie with a face in the right direction into this graphic (using the lasso selection tool and using Edit-Paste Special->Paste Into, making the canvas larger, and adding some text: 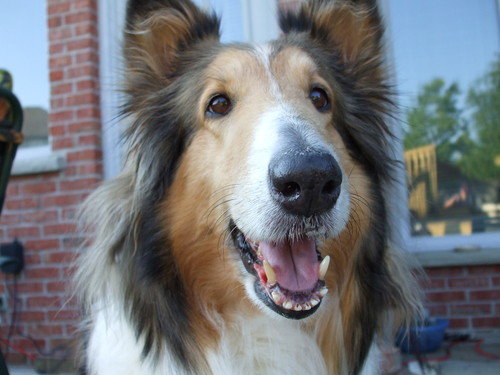 On Ben’s template, I used the magic brush to paint out the speaker on stage, and inserted my collie. For the screen, I used the polygon selection tool, again the Paste Into command, and then Image-Transform-Distort to reshape the image into the corners of the blank screen.