On the list of question topics that anesthetize me, just below FERPA and Intellectual Property, is the query on a project, “Does it scale?”

Scales are fine for lizards. And weighing stuff.

Expanding things by scaling them is not the only model of growth. For Massive Open Online Courses, this year’s poster child the Stanford AI course, they grow the same way we enlarge an object in graphic editing software. We grab the corner and pull it outward. This method does certainly provide growth, expansion, and is not wrong in any way– but it is doing so by replication, by aiming to give each participant the same experience, the same lockstep pace.

But it was while driving down the mountain roads to Phoenix today, thinking about the forms of nature from rocks by the road to hills, to mountains, I got to thinking about the way ds106 is already growing by its incarnation a year ago. It might not be massive, but there are almost 400 blogs being pulled into the main site. But it is not growing by replicating; in fact, the growth is more organic, both in a fractal sense and a mutation sense.

At the University of Mary Washington, the growth is by running two sections, one Jim Groom is leading and one I am getting my first crack at. One might say that is scaling, from the 25 students Jim taught last year to the 60+ we have now.

But look at the other ways people, external to us, on their own, are mutating ds106:

There’s probably a few more examples out there, but they are not all the same- different courses, different education levels, and each one not taking the course as a single product, but reframing it for their own needs. These are not just carbon copies of ds106, but mutants, lovel mutants, and in some sense fractal, especially around the core of the assignment bank.

And I would not be surprised if we see some interesting ways for other educators to tap into the Daily Create.

This growth approach is in many ways, a parallel for the underlying, packet passing distributed structure of the internet we are all riding on. “Does it scale?” is irrelevant here, so I’d like to say, it does not have to scale- it is growing organically. Rather than taking the course as handed out by an entity, people are making it their own, meshing it with their own teaching needs, strategies.

And that is a beautiful thing, let’s make some art damnit, fractally 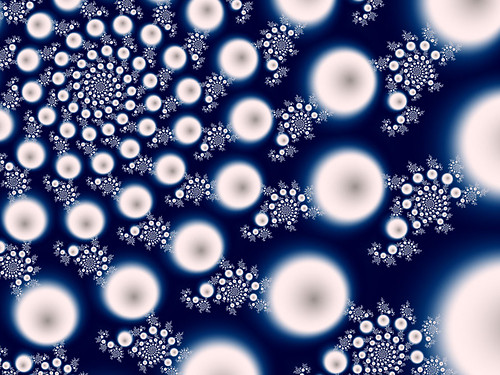 I’m thinking this is not quite as well formulated as I’d like to express what I thought of while behind the wheel- there is nothing wrong about growth by scaling, but its not the only method.

And the fractal mutations have only just begun!