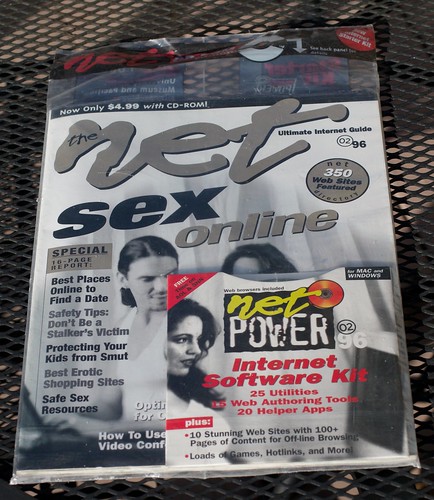 Yeah, even in the early days it was all about sex online…

No it wasn’t, that was the unfortunate “special theme” for this September 1996 issue of “the net” magazine. I found this mint copy, along with the CD-ROM, in my Box of Old Job Stuff. The reason I have kept this is not because of the Special 16 Page Report, but because my first web project at Maricopa Community College that got attention was featured in this issue (No, my first web project was NOT abut sex, get yer minds outta the gutter). 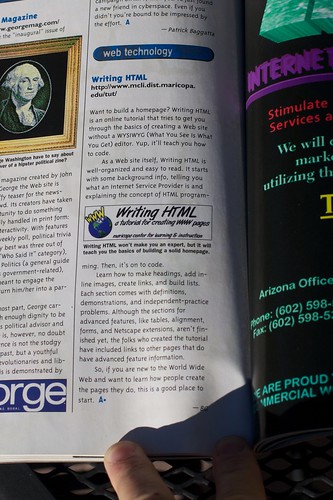 The magazine had a mention of Writing HTML (still alive at http://www.mcli.dist.maricopa.edu/tut/), a guide I published on the web back in 1994 and kept piling on for the next 6 years or so.

I had an odd thought looking at this magazine that back in this time, the best way to help people understand what was on the web was not done online, but in print magazines (well there was the NCSA Mosaic What’s New Page which stopped being updated in 1996)).

One more time- the effective way to share resources and interesting web sites was via printed screenshots and URLs. There was likely some online version of this, but the web was just on the cusp of being seen as useful, and still a few years away from being something people knew about widely.

So let’s go back and see what was relevant in 1996 (besides online sex).

There’s a lot more, but this bit of back browsing is interesting to see the state of the net in 1996- hey is this what you were looking for in terms of turning the clock back, Martha? I have an extra copy of the magazine I can bring out to F’burg if it might be of use to you.