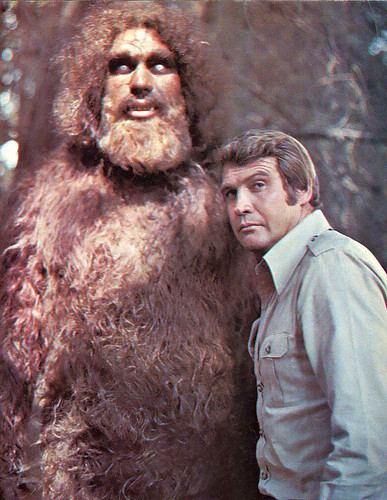 I do believe in the Six Million Dollar Man, but not Bigfoot…

Now hold on to your comments, kids. I believe in Serendipity, I live and breathe its fumes for all of my online career.. How else might I have gotten to house sit for a month in Iceland, have a German Rock Band use my photo for cover of a CD, or get invited to do a month of workshops/presentations in Australia crammed into two weeks?? I would think “Serendipity” is my middle name.

But Serendipity is not a thing. You do not create it or cause it or make it.. it happens.

This has been rolling around in the part of my brain that carefully organizes drafts for blog posts (hah) after Deen Shareski-d Pursuing Intentional Serendipity. Now, as usual, I agreed, grokked, nodded with all Dean wrote:

I think the phrase I’m looking for is intentional serendipity. I think it’s Peter Skillen’s term but there may be others using a similar concept. In a world where play and wonder should really be considered essential dispositions, our education rarely values learning that isn’t somehow tied to a chosen standard or outcome.

and he goes on to relate the typical, serendipitous type of thing that happens when you participate in open spaces (in this case, a conference thing that was amped up by interactions from the tweet thing).

But it is this phrase “intentional serendipity” that has been nagging at me, in the semantic construct (if I knew what that meant I would explain, but it sounds like PhD stuff). Dean links to the blog post with this title by Peter Skillen, where really he describes the same spirit of allowing for serendipity to happen. In Peter’s case, the phrase in the name he gives his computer; I guess because it is the starting point for his actions that end up in serendipitous acts.

I just do not want to give the impression to anyone that they can go about and do things and expect the serendipity to happen, to make it intentional.

@cogdog As chairman of the Cormier award’s committee i hereby confirm you as a Doctor of Philosophy in the internets.

It cant be serendipity and intentional, because serendipity is accidental (go ahead and take away my honorary Dave Cormier degree for quoting Wikipedia):

Serendipity means a “happy accident” or “pleasant surprise”; specifically, the accident of finding something good or useful without looking for it. The word has been voted one of the ten English words hardest to translate in June 2004 by a British translation company However, due to its sociological use, the word has been exported into many other languages. Julius H. Comroe once described serendipity as “to look for a needle in a haystack and get out of it with the farmer’s daughter”.

Even if Wikipedia is full of crap, I love tis jumping off point for the word’s source (my emphasis added):

The first noted use of “serendipity” in the English language was by Horace Walpole (1717″“1792). In a letter to Horace Mann (dated 28 January 1754) he said he formed it from the Persian fairy tale The Three Princes of Serendip, whose heroes “were always making discoveries, by accidents and sagacity, of things they were not in quest of”. The name stems from Serendip, an old name for Sri Lanka (aka Ceylon), from Arabic Sarandib, from Sanskrit Suvarnadweepa or golden island (some trace the etymology to Simhaladvipa which literally translates to “Dwelling-Place-of-Lions Island”).

And oh where the tangents lead…

William Boyd coined the term zemblanity to mean somewhat the opposite of serendipity: “making unhappy, unlucky and expected discoveries occurring by design”. A zemblanity is, effectively, an “unpleasant surprise”. It derives from Novaya Zemlya (or Nova Zembla), a cold, barren land with many features opposite to the lush Sri Lanka (Serendip). On this island Willem Barents and his crew were stranded while searching for a new route to the east.

I think many of you work in places where zemblanity is a common practice?

Why am I carrying on about this when I agree with the sentiments? Because I think the distinction of operating in a mode where your actions are aimed not at gaining the results of serendipity (expecting the happy accidents), but by doing things that in general, create a potential energy for happy accidents to happen.

It’s a bit I started talking about the last time I did a talk on Amazing Stories of Openness. If you act in the Open mindset, e.g. start sharing your work openly, connecting and commenting on the work of others, contribute ideas to projects elsewhere that interest you — rhere is absolutely no guarantee that any of these amazing things (invited trips overseas, having your photos appear in published books, getting job offers) will happen to you. I believe it becomes more likely.

BUT… if you do not do any sharing or open activities, I can certainly guarantee you that no Amazing Stories will happen to you.

It is… as Nancy White said the first time I did these “Openness is not just about open resources, it is about open attitudes”.

In my mind, serendipity is not intentional, nor is it a thing we can pursue– it is a force generated as a secondary (or many-ary) results of our actions of sharing, helping, contributing. It is when we create a potential opportunity for the unexpected to happen, when we step out of our status quo or usual circles (one example why twitter matters much more than Facebook/Google+ for the greater opportunity to hear from people I do not know).

It comes about again in this short piece on Structured Serendipity by Jason Zweig for the Edge 2011 Question. Zweig, a financial columnist for the Wall Street Journal, writes here about his technique for being creative in his writing- he reads from sources not normally in hos field AND he physically changes the environment where he does his reading (my emphasis added):

It also suggests, at least to me, that creativity can be enhanced deliberately through environmental variation. Two techniques seem promising: varying what you learn and varying where you learn it. I try each week to read a scientific paper in a field that is new to me “” and to read it in a different place.

New associations often leap out of the air at me this way; more intriguingly, others seem to form covertly and then to lie in wait for the opportune moment when they can click into place. I do not try to force these associations out into the open; they are like shrinking mimosa plants that crumple if you touch them but bloom if you leave them alone.

Robert Merton argued that many of the greatest discoveries of science have sprung from serendipity. As a layman and an amateur, all I hope to accomplish by throwing myself in serendipity’s path is to pick up new ideas, and combine old ones, in ways that haven’t quite occurred to other people yet. So I let my curiosity lead me wherever it seems to want to go, like that heart-shaped piece of wood that floats across a Ouija board.

I do this remote-reading exercise on my own time, since it would be hard to justify to newspaper editors during the work day. But my happiest moments this autumn came as I reported an investigative article on how elderly investors are increasingly being scammed by elderly con artists. I later realized, to my secret delight, that the article had been enriched by a series of papers I had been reading on altruistic behavior among fish (Lambroides dimidiatus).

If I do my job right, my regular readers will never realize that I spend a fair amount of my leisure time reading Current Biology, the Journal of Neuroscience, and Organizational Behavior and Human Decision Processes. If that reading helps me find new ways to understand the financial world, as I suspect it does, my readers will indirectly be smarter for it. If not, the only harm done is my own spare time wasted.

In my view, we should each invest a few hours a week in reading research that ostensibly has nothing to do with our day jobs, in a setting that has nothing in common with our regular workspaces. This kind of structured serendipity just might help us become more creative, and I doubt that it can hurt.

I really connect to this idea of reaching outside of our familiar places/sources of information, and for doing so without a direct purpose, and that the things we come across in doing this might never come up again, but just might, as sort of a sub conscious absorption, become something that makes for a model or a metaphor when we are trying to be creative. To me this goes for any field, and seeding ourselves with ideas from different places cannot but help by a fuel for the work we do, down the road.

If I were of the resoluting type, I might state to try this approach more. 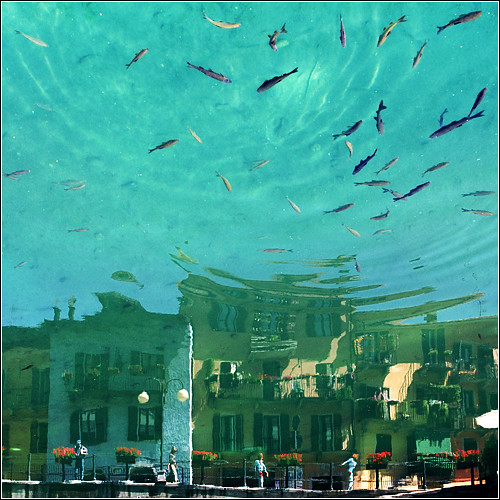