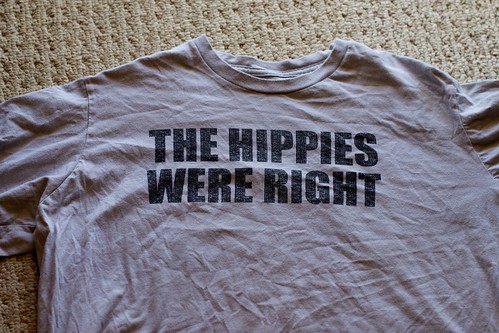 With one final oooooooomph I have freed mysefl of web hosting/strangulation from Dreamhost, to the new free loving set up contrived by Tim Owens, http://hippiehosting.org– and experiment that is bearing fruit for a bunch of new possibilities of making domains of one’s own an even simpler process at the University of Mary Washington. Read more on the idea….

I am hoping this may be an exception to my proclamation that eventually any service provider may hose you, but at least here, the tech support is a guy I work with or can reach out and get a quick response.

I had been with Dreamhost since 2006, and actually, over the long haul, it’s been okay, but when its been bad, its way beyond bad pizza. I also have grave questions about their frequent warnings of low memory on my virtual provider server, which the only suggestion is to slide the bar which is just more money. I was paying upwards of $70/month for a VPS that bottomed out about once a month. I had asked several times what they would do to keep a customer of 5 years happy, and the usual response is “It’s because you run WordPress”.

Anyhow, over the past few days, I have been moving my smaller sites, and domains, and last night, the big dog, this blog, which has accumulated a fair bit if file weight from its 9 years of operation; the MySQL database, even pruned down, was a 42 Mb sql export/import. So far, these domains of 5 own are now Hippie Hosted:

The one thing I will likely leave behind is the ThinkUp App site I had; the database and site was huge, and the export tools failed. I have about 10 days to see if I can get it to work, but its not critical. I may just intall it and run it from anew.

Doing these moves are a PITA, and there is stuff to watch for in terms of stuff getting lost in between the nameserver updates. For all but CogDogBlog and Five Card Flickr, I pretty much installed fresh wordpress sites on the new site, transferred all themes and plugins, and then did an export of the MySQl database from Dreamhost and imported to Hippie Hosting. These were not a big deal since they dont get much, if any action.

For the more active sites, I brought all the files over, set up wordpress anew (for this blog), but pointed the database back to my old dreamhost database, so all activity would be kept. Once I was ready, I did a database export last, and yanked it over.

The nifty trick I used from D’Arcy, duting the testing phase, was to try the site on my new server, was to edit the /etc/hosts file on my Mac, so make an entry like:

where 123.45.67.89 is the (not really) IP address of the new server. This means if I load the address lab.cogdogblog.com in my web browser, on my machine only, it will go to my new server, not the one the nameserver really points to- this overrides the global DNS info out there. Nifty.

Now I am looking forward to waving goodbye to DreamHost. The /nightmare is over. Long like the Hippies! 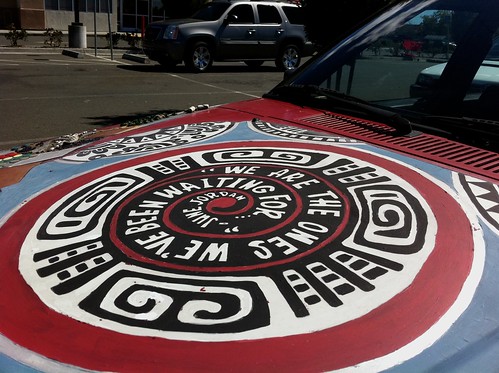 UPDATE (Feb 27): Lesson learned was that after switching my wordpress database to my new host (Hippie Hosting), that during the period of DNS propagation (2 days), it is worth pointing the database from the old host (dreamhost) to the new database (hippie). I was getting messages that blog posts came up 404 when I saw them fine– while I was seeing my new host, many users were still seeing the old one. Syncing the database meant the posts would be seen by all (noting that if you uploaded any media you might have to do it twice).