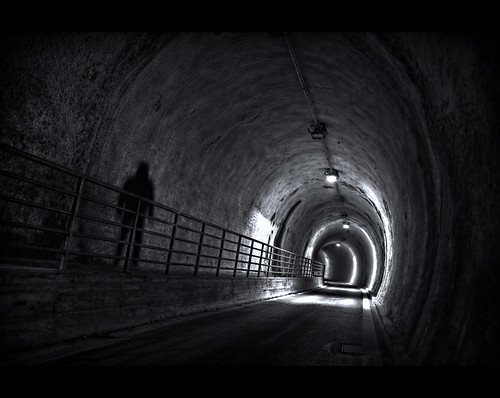 I can’t write a blog post until I wrangle with the headline. I mull that over before I even sit down to write. or that is all I have and I hope an idea flows from there. The title is key as any basic journalism or copywriting class will tell you, or as written deftly at copyblogger “Don’t Read This or the Kitty Get’s It!”:

Let’s get started. What is the primary purpose of any piece of writing that you put out online “” whether a blog post, a networking email, a sales letter or a tutorial?

For starters, to get what you’ve written read, right?

So, what’s the primary purpose of your headline, your graphics, your fonts, and every other part of the content?

The simple, surprising answer is”¦
To get the first sentence read.

At the same time, for storytelling, you usually want to build suspense, hold back, create a sense of surprise, not give away the plot at the opening, right?

I am thinking of this in looking at some great audio work my students did this week on creating sound effects story – building a story out of sound files only. One I really thought was well edited featured the sounds of someone getting in a car, turning the ignition, driving, driving driving… and BAM! a crash, and the story trails out with a pulse that peters out.

But it kills the surprise element when you call the story “Car Crash”. That is starting a game of poker by saying, “hey guys, what doe sit mean when the cards are all the same suit and they go in order?” (any one get the tv reference?). Quite a few students did these kind of surprise sounds introduced into a setting created with the first 2 or three sounds.

Heck mine was one which introduced a spaceship wooshing in and running a tractor beam, but I do not allude to it- my title is “A Walk in the Woods”.

People, give some serious thoughts to your titles. They are the lead, the hook the pitch to make the sale. I likely spend more time on my cutesy titles than the post.

I have not emphasized it til now, but most of my students blog posts are titled things like “Design Assignment” or “Visual Story: Name of Assignment”.

Does that grab anyone? Does it give any gentle foreshadowing?

It’s hitting me that I am hoping they create some kind of digital story, yet to them, it is not a story, it is an assignment. I am going to change my wordings of the assignment to reflect this.

Which leads me to a magician. 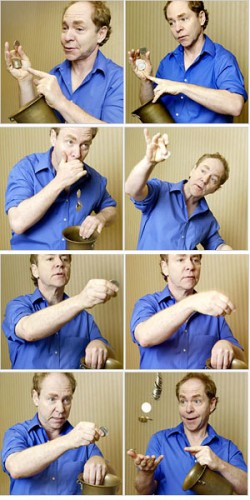 I am having trouble remembering who in my twitter stream recently shared this, but I found Brian Bushwood’s 14 years ago: the day Teller gave me the secret to my career in magic to be something every creator, storyteller, heck, even teacher should absorb.

It stems from Bushwood, as an aspiring magician, taking the risk and emailing a question via email to Teller (of Penn and Teller)…and getting backa rather personal and insightful reply. A real reply.

Bushwood’s question was along the lines of how do I find the original or most true way to perform, to make my what I do my own? how to develop my own style and craft?

This would seem the essential question we all ask about the things we do.

To ssummarize and quote Teller’s responses- the first was a genuine love for what you do:

When we started we HAD no style, no understanding of ourselves or what we were doing. We had feelings, vague ones, a sense of what we liked, maybe, but no unified point of view, not even a real way to express our partnership. We fought constantly and expected to break up every other week. But we did have a few things, things I think you might profit from knowing:

Next was full on dedication, not half way, all the way in:

We made a solemn vow not to take any job outside of show business. We
borrowed money from parents and friends, rather than take that lethal job waiting tables. This forced us to take any job offered to us. Anything. We once did a show in the middle of the Benjamin Franklin Parkway in Philadelphia as part of a fashion show on a hot July night while all around our stage, a race-riot was fully underway. That’s how serious we were about our vow.

Then, and in another way of stating the importance of the time in practicing a craft, alot, alot. (and damnit someone needs to keep yelling MALCOLM GLADWELL DOD NOT INVENT THIS HE JUST COPIED IT!)

Get on stage. A lot. Try stuff. Make your best stab and keep stabbing. If it’s there in your heart, it will eventually find its way out. Or you will give up and have a prudent, contented life doing something else. 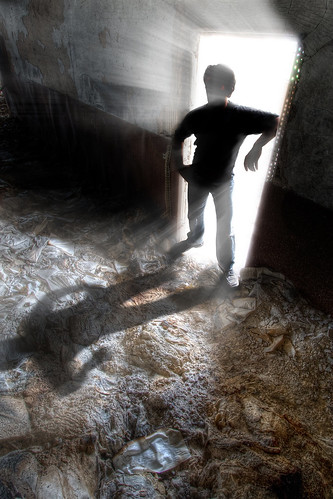 Now that was just the lead up, this is the sweet marrow of the bone, my thesis statement- in performance (and I would argue that all acts of storytelling are a performance) you succeed best by holding thos ecards close, or hiding them completely- it is all about the surprise, the unexpected that you should cultivate like a powerful potion, not a box of cookies.:

Here’s a compositional secret. It’s so obvious and simple, you’ll say to yourself, “This man is bullshitting me.” I am not. This is one of the most fundamental things in all theatrical movie composition and yet magicians know nothing of it. Ready?

Here’s how surprise works. While holding my attention, you withold basic plot information. Feed it to me little by little. Make me try and figure out what’s going on. Tease me in one direction. Throw in a false ending. Then turn it around and flip me over.

Read Rouald Dahl. Watch the old Alfred Hitchcock episodes. Surprise. Withold information. Make them say, “What the hell’s he up to? Where’s this going to go?” and don’t give them a clue where it’s going. And when it finally gets there, let it land. An ending.

So it’s bad enough to writ titles for your work that do nothing to invite us in, but its even worse to write a title that takes away that element of surprise. 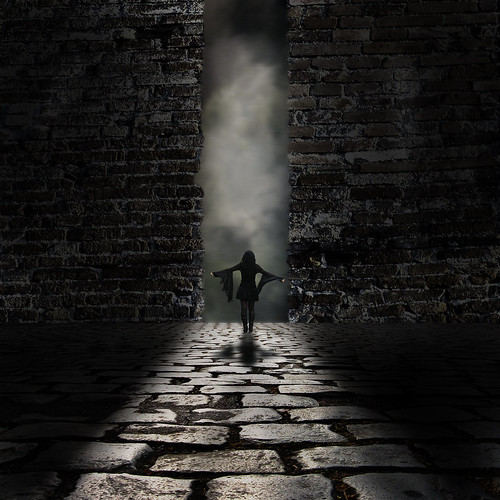 I want my students- no everyone- to get much more clever with their titles. And their building of surprise- “Place 2 and 2 right in front of my nose, but make me think I’m seeing 5. Then reveal the truth, 4!, and surprise me”

Do some magic, damnit.