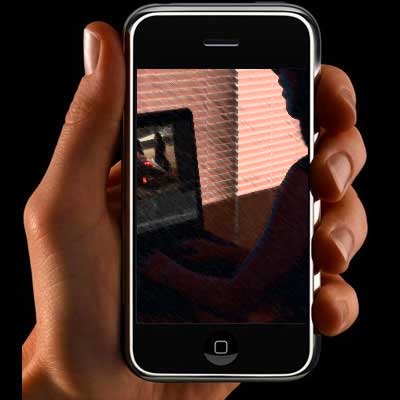 By removing the creative process and leaving only the results of that process, you virtually guarantee that no one will have any real engagement with the subject. It is like saying that Michelangelo created a beautiful sculpture, without letting me see it. How am I supposed to be inspired by that? (And of course it’s actually much worse than this”” at least it’s understood that there is an art of sculpture that I am being prevented from appreciating).

By concentrating on what, and leaving out why, mathematics is reduced to an empty shell. The art is not in the “truth” but in the explanation, the argument. It is the argument itself which gives the truth its context, and determines what is really being said and meant. Mathematics is the art of explanation. If you deny students the opportunity to engage in this activity”” to pose their own problems, make their own conjectures and discoveries, to be wrong, to be creatively frustrated, to have an inspiration, and to cobble together their own explanations and proofs”” you deny them mathematics itself. So no, I’m not complaining about the presence of facts and formulas in our mathematics classes, I’m complaining about the lack of mathematics in our mathematics classes.
— Paul Lockart, A Mathematician’s Lament

I’ve tiptoed around how to write up this post beyond having the title in mind. This idea of getting at the craft of learning things by doing, of not having students learn programming, but learn how to think computationally, of a need to have more makers, is all coalescing.

But I’m not writing about math (how could one do better than Lockhart’s essay?), but art and apps that make art, and what we learn to do, and what we let machines do.

This pretty much has all the elements we had students do for the ds106 assignment Return to the Silent Era, except they had to use video editing software, discover effects, create graphics for title cards, find/edit music.

The app makes it easy.

And damn good- that really looks like a well crafted silent film assignment, the one Ben Rimes maybe took a week off his life to labor over:

and got written up for in Gizmodo and the Daily Mail, a point of ds106 pride to have one of our own featured in a freaking TABLOID!

But I wonder, is it too easy? Likewise there is the Cinemagram app, that takes a lot of the difficulty out of creating animated GIFs. No editing layers, masking holes, fighting GIMP… just an app, and smudge out an area to move (see examples).

One might say with tools that make it easier, the creator can focus more on the story.

But I wonder if the apps make it that easy, does the user lose sight of how it even works? If you don’t get your hands inside the engine, do you even appreciate what makes the car go fast?

I do not have answers.

It reminds me a bit a few years ago when I came across the methods to do the tilt-shift effect in PhotoShop – the method here gives you a sense about what you need to change in a photo to give it that effect– although I know often do this with an app on my iPhone, and have not done it in PhotoShop in a long while. but having done it by hand first, I connect back to those first principles.

I am not disdaining the use of apps for image editing. Heck, I am guilt! I use ToonCamera quite often because I like what it does 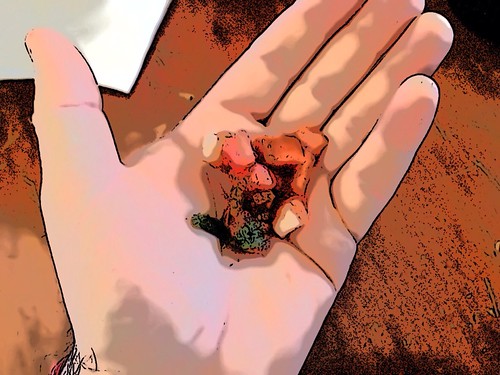 I might know how to do something like this in PhotoShop but I’ve not really learned the steps.

It goes even farther back- I think I started in PhotoShop 2.0 in 1992- there were not even layers in the software. There was the magic of Channel Operations of “ChOps” like Kai’s Power Tips. I recall trying one recipe that was about 88 steps to create a chrome effect on text, something you can do now with one menu item.

So being old school, I find there is a benefit still in learning how to do much of the editing, at least first, by hand, to understand the principles. I worry about an age where we jump first to the easy apps. There is a balanced approach like Michael Branson Smith, who has done some his video efforts by editing first, then running through an iPhone app solely to layer an effect on top with the 8mm app.

I am not criticizing anyone, least of all Andy Forgrave, who guns the gamut in his use of creative tools. And to me, this line of where the doing it the hard way first and using the easy tool later lies, because in fact it moves, and it lies in different areas for different people. I just want to keep an eye on times when we might go for the “easy” way too soon- there is a huge amount of value in that struggling by doing it the hands on way.

Going directly to the app seems… like cutting out the important parts of learning technique.

A good problem is something you don’t know how to solve. That’s what makes it a good puzzle, and a good opportunity. A good problem does not just sit there in isolation, but serves as a springboard to other interesting questions. A triangle takes up half its box. What about a pyramid inside its three-dimensional box? Can we handle this problem in a similar way?

I can understand the idea of training students to master certain techniques”” I do that too. But not as an end in itself. Technique in mathematics, as in any art, should be learned in context. The great problems, their history, the creative process”” that is the proper setting. Give your students a good problem, let them struggle and get frustrated. See what they come up with. Wait until they are dying for an idea, then give them some technique. But not too much.

I don’t even have a clear stance here- I am more in curious wondering mode about where it is best to do stuff the hard way by hand and where to let the apps take over.