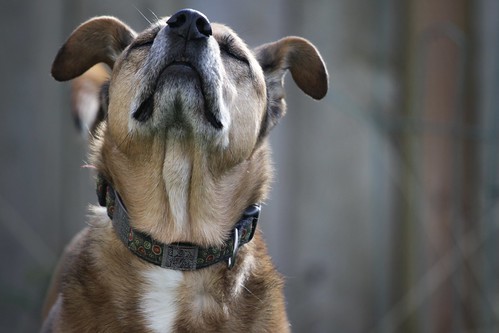 I’m part of a session at next month’s Open Education Conference on Analyzing and supporting interaction in complex scenarios: the case of DS106 thatb was suggested by JuliÃ  MinguillÃ³n and also has Brian Lamb and Jim Groom in the mix.

Each participant in the course has to create a digital identity and a personal infrastructure (her own domain, blog, twitter, flickr, youtube and other web 2.0 services) and then start producing and sharing content, but also meta-content: new assignments, tutorials and how-tos, ranking or commenting on other participants’ creations, and so. The result is a huge collection of resources (and users), connected to each other, which may be difficult to grasp for newcomers (and teachers as well), especially when the number of users and resources increases after each course edition. Visualizing all the activity around DS106 is not a trivial issue.

One of the scenarios JuliÃ  has suggested are the cases where students might publish their work and then have that work perhaps remixed/re-used by other students, and what it might mean if we were able to chart some of this kind of connected activity within the larger and chaotic flow of data in ds106.

Jim and I can drum of anecdotes of where this has happened, but I am anxious to see if the data inside the environment can identify this as well. As a point of reference, here is a small trail I followed today, and it is something I might not have followed were it not for this upcoming session on our mind.

As part of this week’s audio assignments for our UMW students, they are required to create a ds106 radio bumper, an exercise producing a short station announcement for our ds106 radio station. It’s partly to have them practice some audio sampling and to get them a little bit of hands on experience in audio editing.

One of my students did her first bumper. It’s early in her editing, so there are some things I suggested to improve it. But what’s interestng is that she actually had the idea to go to freesound.org, a site we recommend for finding audio content available to remix, and search on ds106. Woah. Makes sense.

And there she found and used in her new bumper a clip created by a former ds106 student. That is one remix. What is cool is that Andrew’s clip in free sound is some synthesized speech that used content from a blog post by Martin Weller (in the UK) where Martin was writing about ds106 radio

That is a second or even a tertiary remix, eh? 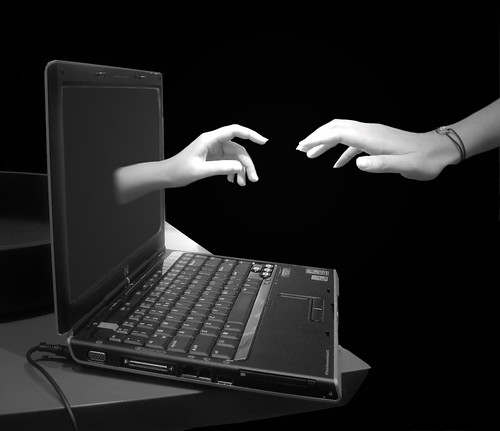 But do you see how fragile, hoe close, and yet not there, these bits of information are?

This is why I am so crazy adamant about reinforcing the need for our students to be linking in their blog writing. Voraciously linking. Thinking about linking. I usually start my comments with something like “it is not a web with the links”

— we are not helping to make the web a web. Every time a web page is published that lacks links, I think that Tim Berners-Lee’s cat cries. 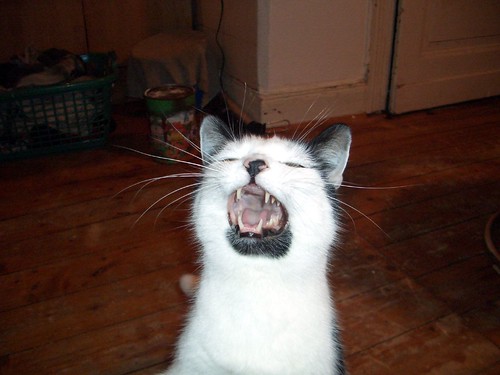 Don’t make this happen. Help build the web, don’t just squat on it or consume it. Make a link every day. Or many links.

Do what you can to make the web a web.